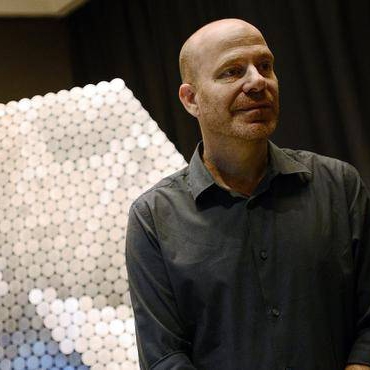 Daniel is an artist, educator and developer working in the area of interactive digital art. As an interactive artist, Rozin creates installations and sculptures that have the unique ability to change and respond to the presence and point of view of the viewer. In many cases the viewer becomes the contents of the piece and in others the viewer is invited to take an active role in the creation of the piece. Even though computers are often used in Rozin's work, they are seldom visible. As an educator he is an Arts Professor at ITP where he teaches classes related to art, fabrication and physical computing. He was born in Jerusalem and formally trained as an industrial designer. His work has been exhibited widely with solo exhibitions in the US and internationally and featured in publications such as The New York Times, Wired, ID, Spectrum and Leonardo. His work has earned him numerous awards including Prix Ars Electronica, ID Design Review and the Chrysler Design Award.