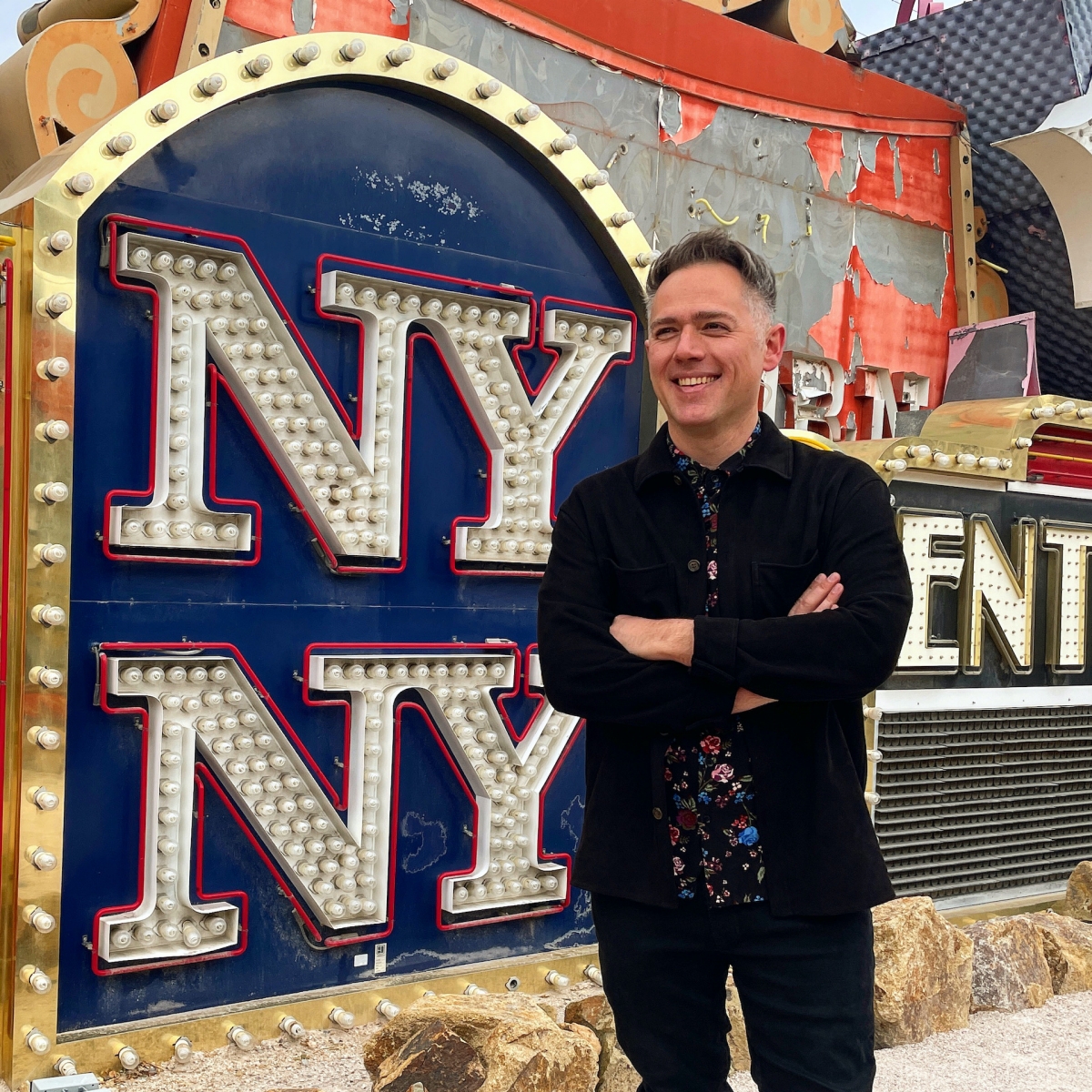 Gabriel Barcia-Colombo is a mixed media artist whose work focuses on collections, memorialization and the act of leaving one's digital imprint for the next generation. His work takes the form of video sculptures, immersive performances, augmented reality, large scale projections and vending machines that sell human DNA.

Gabriel was commissioned to be the first digital artist to show work at the New Fulton Terminal Stop with the MTA Arts & Design program in New York City. His work has been featured in the Volta, Scope, and Art Mrkt art fairs, Victoria & Albert Museum as well as Grand Central Terminal and the New York Public Library. He received an Art and Technology grant from the Los Angeles County Museum of Art where he created "The Hereafter Institute," a company that questions the future of death rituals and memorials and their relationship to technology. His work is part of the permanent collection of the Los Angeles County Museum of Art.

Gabriel served as a member of the artist advisory board at the New York Foundation for the Arts, as well as the education committee member at the Museum of Art and Design. In 2012 Gabriel was given a TED Fellowship and gave a TED talk entitled "Capturing Memories in Video Art."  In 2014 he gave another entitled "My DNA Vending Machine" and was awarded a Senior TED fellowship.

In 2016 Gabe founded Bunker.nyc a pop up gallery showcasing emerging art made with technology. Bunker became the first pop up digital art gallery to open in the Sotheby's Auction House in New York Summer 2017. In 2019 Gabe was an Adobe Augmented Reality Artist in Residence. He has worked with Bose, LG, Spotify, Brookfield Properties, Infinite Objects, Adobe and Hugo Boss. Gabe is a New York Foundation for the Arts grant awardee, a 2021 recipient of the Brown Institute Fellowship at Columbia University, and most recently the artist in residence at The Neon Museum in Las Vegas.