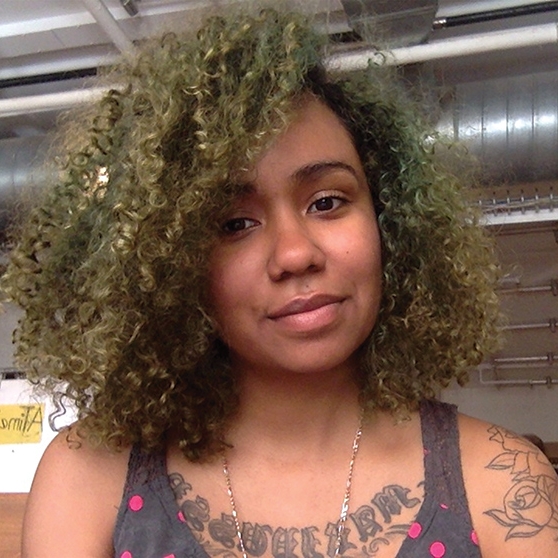 Sharon Lee De La Cruz is a prolific artist and activist in New York City. She earned a BFA from The Cooper Union, is a Fulbright scholar, and obtained her Masters at NYU’s ITP program. She has shown in numerous venues throughout the New York metropolitan area, notably during Armory Week 2012 at the Bronx River Arts Center. She has been awarded residencies at Wonder Women and 365 Days of Print. Additionally, De La Cruz has designed a limited edition perfume bottle for Calvin Klein’s CK One Shock Street Edition For Her.