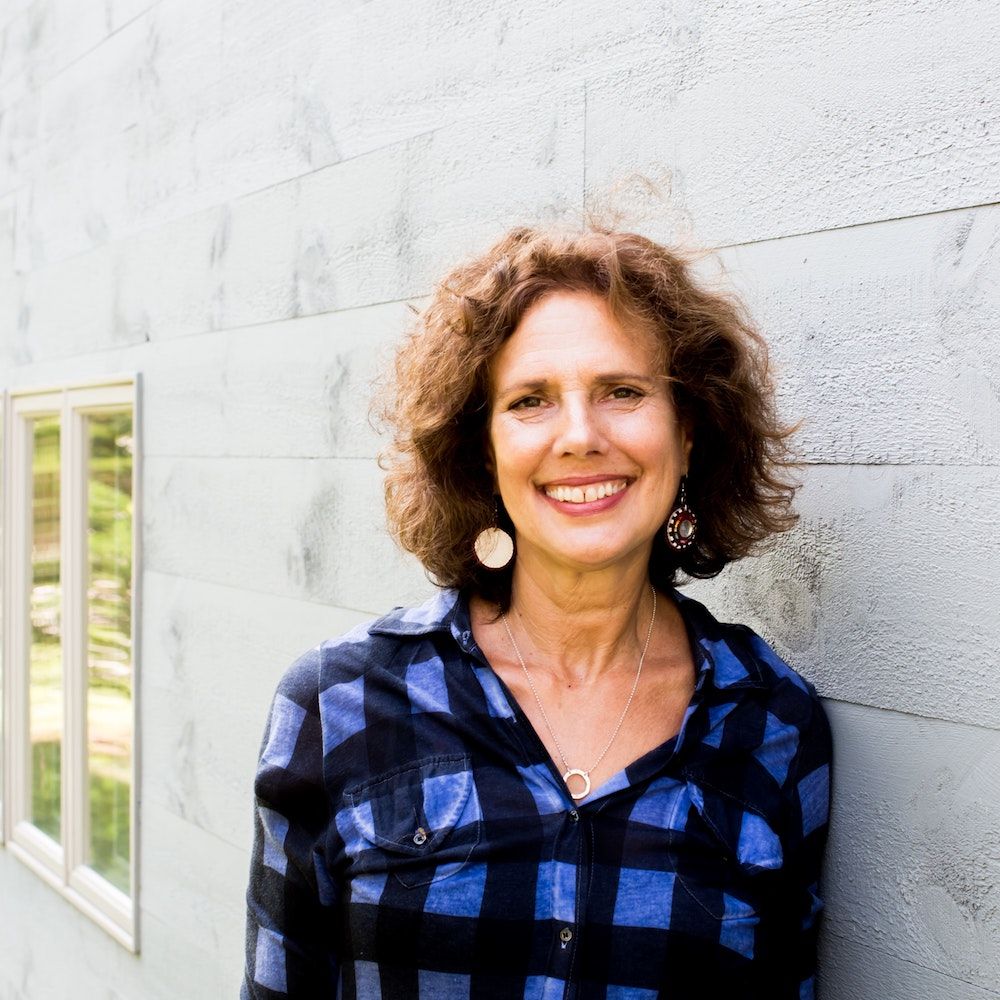 Kathy Engel is a poet, essayist, educator, organizer and cultural worker. She currently serves as Associate Arts Professor in NYU’s Tisch School of the Arts’ Department of Art and Public Policy, and Master’s Program in Arts Politics. Her latest poetry collection, The Lost Brother Alphabet, was published by Get Fresh Books in 2020.

For over 40 years Kathy has worked in many of the major social justice, peace, and human rights movements in the U.S. and in partnership with international groups. She has co-founded numerous organizations, including MADRE (1983), an international women’s human rights group, which she directed for five years. She also co-founded the Hayground School; East End Women in Black; Kickass Artists, Poets for Ayiti; and, with the poet Alexis De Veaux, Lyrical Democracies and The Center for Poetic Healing.

Projects that Kathy was instrumental in creating include: No More Witch Hunts, a national day of resistance (June 19, 1981); talkingnicaragua (1983), a dramatization about U.S. policy in Nicaragua; and Moving Towards Home (1982), the first poetry reading in the U.S. with U.S., Lebanese, Palestinian and Israeli poets, sponsored by PEN America and supporting Unicef’s work with children in Lebanon. Moving Towards Home was followed by readings hosted by Congressman John Conyers in the Rayburn House Office building, Washington, D.C, and the Arab American Cultural Center, Detroit, and the creation of a chapbook and then anthology in 2006. Other projects include: Stand with Sisters for Economic Dignity (2002), which was dubbed by Washington D.C. press as “the Vagina Monologues of economic justice;” Who I Will Be, a performance piece with formerly incarcerated women; Imagining Peace, following the attacks on the World Trade Center and impending U.S. invasions of Afghanistan and Iraq; Re-Plant Haiti, a performance at Carnegie Hall in support of environmental and agricultural recovery following the floods in Gonaive, Haiti; a multi-faceted campaign working with Amnesty International, the NAACP Death Penalty Project and others that led to a last minute stay of execution for Death Row inmate Shaka Sankofa; work with the Center for Constitutional Rights against racist police brutality and killings; and a campaign in support of HIV positive Haitian refugees held at Guantanamo Bay.

Kathy is co-founder and former president of Riptide Communications, a consulting firm set up in 1989 to service social change organizations. She was key cultural coordinator for the historic 1982 March for Disarmament and Human Needs in NYC at the time of the Second UN Special Session on Disarmament.

Kathy’s poems, essays, and reviews have been published and anthologized widely. Books include Ruth’s Skirts (IKON, 2007); The Kitchen, in collaboration with artist German Perez (Yaboa Press, 2011); and We Begin Here: Poems for Palestine and Lebanon, co-edited with Kamal Boullata (Interlink Books, 2007). Kathy’s poems have appeared in numerous journals and anthologies, including the recent Borderlines: Poems of Migration (Penguin Random House, 2020); Ghost Fishing: An Eco-Justice Poetry Anthology (University of Georgia Press, 2018); and What Saves Us (Curbstone Books/Northwestern University Press, 2019). Her lyrical essay Where I Live was widely circulated internationally following initial publication in The East Hampton Star. The video work Whowillkneel4you? (2018) appears on The Root and Youtube, featuring a chorus of artists reading Kathy’s poem, “To Kneel.”

Kathy has presented her writing in numerous workshops, talks, and readings. In 2019 she collaborated with Refilwe Nkomo and Maia Marie in leading  A Retreat in Collaborative Poetics at Lalela: A Place of Listening, in South Africa. She’s been a featured poet and speaker at numerous festivals and conferences including the Split This Rock Poetry Festival, the Hobart Women Writers Festival, the 2017 and 2018 Freedom Forums at Stony Brook University. In 2014 Kathy performed in a production of her elegiac suite of poems, The Lost Brother Alphabet, with choreographer/dancer Suchi Brandman at the Highways Performance Space in Santa Monica, CA. In 2018, she coordinated a public art installation engaging with the Ghost Fishing anthology in NYU’s Kimmel Windows. Kathy has been a resident at the Macdowell Colony, Blue Mountain Center, the Gaia Sea Change Residency and the Hedgebrook Women Writers Residency. She is currently working on a new poetry collection, and a memoir about her life as a poet, organizer and cultural worker, entitled Marvelous Dissonance.