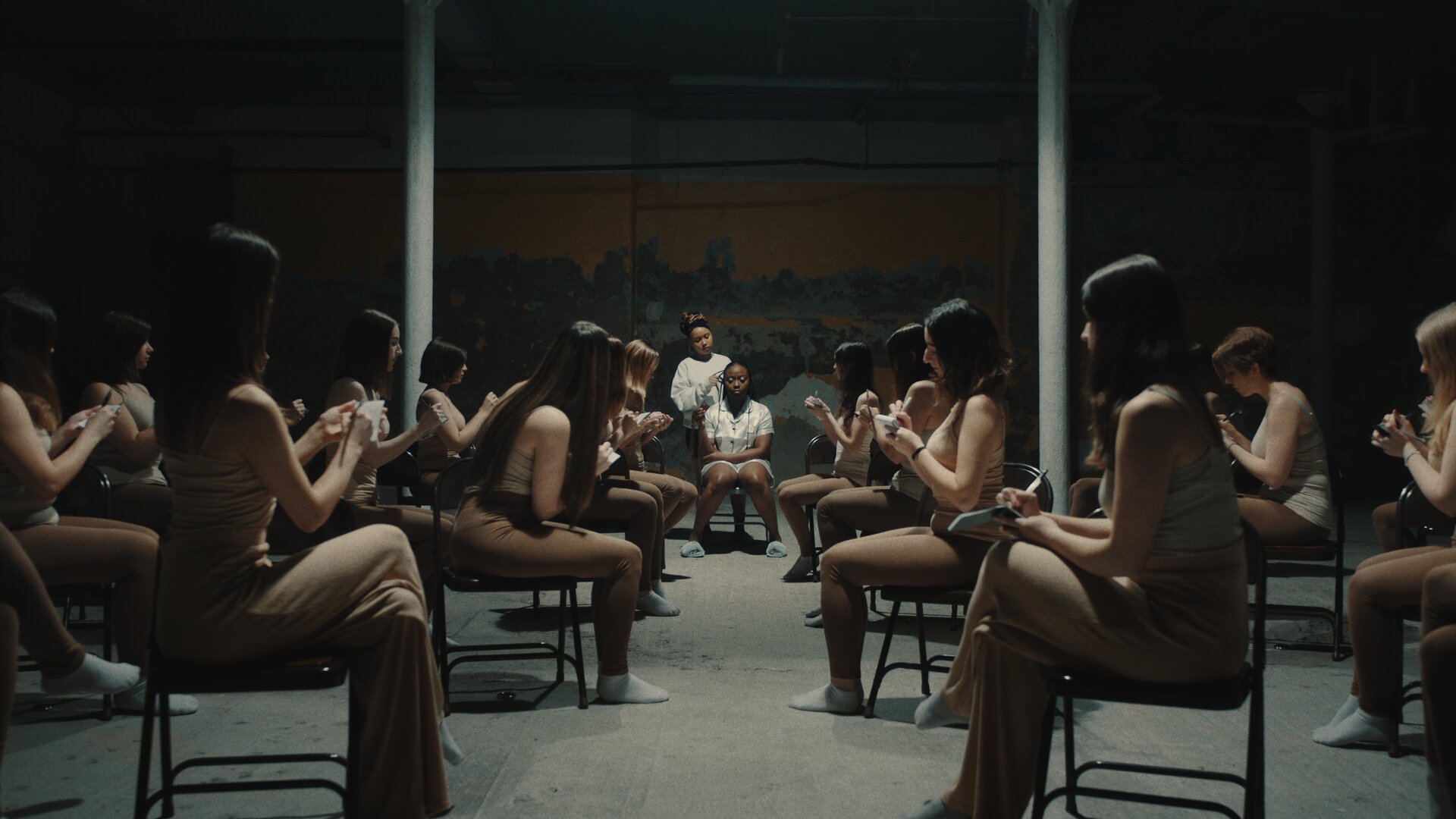 Ewurakua Dawson-Amoah’s visual poetry piece To the Girl That Looks Like Me is an exercise in honoring wholeness. Through a marriage of poetry, cinema, dance, and music, Dawson-Amoah imparts a vital message to Black women everywhere: embrace every last bit of yourself. The five-minute piece opens with a vivid scene that artfully confronts the ever present issue of cultural appropriation—in this case the prevalence of non-Black women wearing box braids and cornrows. But Dawson-Amoah’s experimental work does not resign itself to being a corrective to white misbehavior. Instead it harnesses the innate power and purpose of Black women to form something of a celebration and a rallying cry to future generations.

Dawson-Amoah ‘20 is an alum of the Undergraduate Film & Television Program. In August, “To the Girl That Looks Like Me” was named a finalist in the Alternative/Experimental category of the 2020 Student Academy Awards. In a recent conversation, Dawson-Amoah shared with us her concept for this visual poetry piece, the impact of her Ghanian culture, and the importance of honoring her passions by working in a variety of roles.

This conversation has been edited and condensed for clarity.

To the Girl that Looks Like Me finds depth in its marriage of poetry, cinema, dance, and music. Describe for me the original vision you had for this piece and how you arrived at something more experimental.

Ewurakua Dawson-Amoah: Originally I was supposed to be in the narrative class that semester, and I wrote a bunch of scripts that were kind of around this idea, but I wasn’t feeling connected to it. I soon realized the reason I wasn’t connected to any of the scripts was because I needed to be in an experimental class—a class where I could combine all of my passions to tell the story.

The overall idea of the film came about during a conversation in class. It was right after the really famous picture of Kim Kardashian was released when she was wearing what she called “boxer braids,” but they were actually just traditional cornrows on a celebrity. I was really shocked to hear the different opinions that the kids in my class had; a lot of people didn’t see an issue with her wearing that hair. They also didn’t see an issue with the way the hairstyle was being changed—and the name was being changed—and it was kind of being stripped of its heritage because it was on a celebrity figure. That is what inspired the comb that happens in the very first scene.

I love poetry, I love activism, and I love my heritage, which is Ghanaian culture, and I wanted to find a way to put all three of those things in a film, which is my other passion.

Your craftsmanship is all over this work, from writing to direction to scoring to acting. Do you envision yourself as a creator who will continue to inhabit a diversity of roles on your projects?

EDA: When I first got to school one of the questions that every teacher would ask us was, “What do you want to do?” For the most part, everyone had one [answer]. And I was like, “I want to be a sound mixer, I want to be a director, I want to be a writer” and this and that. The teacher said, “Ok, that’s great, but just choose one.” That was a common theme that I was seeing in all my classes—I was expressing his passion for all these different facets of film but the common answer I kept getting from teachers and my friends was that you can only focus on one because it’s really hard to succeed in multiple areas of film. I just didn’t understand why it was so romanticized to be stuck in a box.

When I first got to school I didn’t have the resources to hire a sound mixer or to hire a composer or all of these different things. When I finished my film I decided to do all those things myself. That actually started freshman year. When I finished writing this script, immediately the score for the first scene was just in my head. I wrote it down and brought it to my friend who plays piano and all these instruments and I showed it to him and he liked it. We workshopped that and together we brought my vision into an actual score.

The piece extends beyond a celebration of Black women and into a space that empowers Black women to embrace or even reclaim all that they represent. Why is that such a powerful and necessary theme for you?

EDA: For this piece in particular it was therapeutic to go through the arc of all the bad things that are happening, but [then asking] “How can we make it something beautiful?” I wrote it with each part of my life stage in mind, from being a young person in an all-white school to being a slightly older person in a still mostly-white school… kinda going through that journey of being a Black woman in white spaces and having to navigate that. At first it feels like this big thing that’s constantly pounding on your head—but how do I make this into something beautiful? Of course the physical is a big part in the piece with the hair and with the mention of skin tone, but it also goes into the mental and emotional. I try to pose the question, “What are we going to do to embrace this and make this a powerful part of our story?”