A Portrait of the Artist as a Teacher: Spike Lee 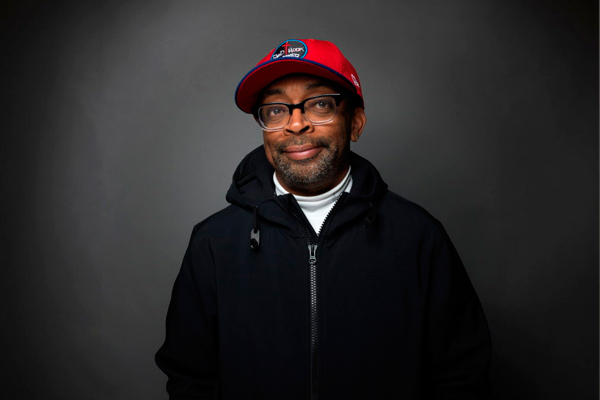 Consider the many Spike Lees the world has come to know: the distinguished filmmaker, the fervent activist, the basketball aficionado.

Since the artist’s 1986 breakthrough film She’s Gotta Have It, Lee’s prolific output has gone nearly unrivaled by any filmmaker working during his time. Across four decades he has developed socio-political art that is at once urgent and popular, deftly straddling stories of race and politics both fictional and real. Oftentimes, one has come to imitate the other, recalling that old adage that truth is indeed stranger than fiction.

Spike Lee as an icon transcends the art space. In some parts of the world he is arguably as recognizable for his work on screen as he is for his courtside appearances at Knicks games, where he’s been wont to assail opposing players with a playful insult or two (or more if one Reggie Miller is the recipient). And yet for all his acclaim as an auteur—or as any of the designations mentioned above—there remains a role that Lee may cherish most:

In examining the filmmaker, to ignore his contributions to the next wave of artists would be to paint a partial picture, one that neglects his diligence as an educator inside and outside the classroom.

Professor Lee is the descendant of a family of teachers. His grandmother and mother were both educators, and Lee often cites their influence when describing his own reverence for the craft. After receiving his BA from Morehouse College in 1979, Lee returned home from Atlanta to begin graduate film studies at NYU Tisch School of the Arts. He received his MFA in 1982, and shortly after his success with the Oscar-nominated Do the Right Thing in 1989, Lee would teach his first course on filmmaking at Harvard. Two years later he joined the faculty at NYU Tisch, where he has served as artistic director of the Graduate Film Program since his appointment in 2002. 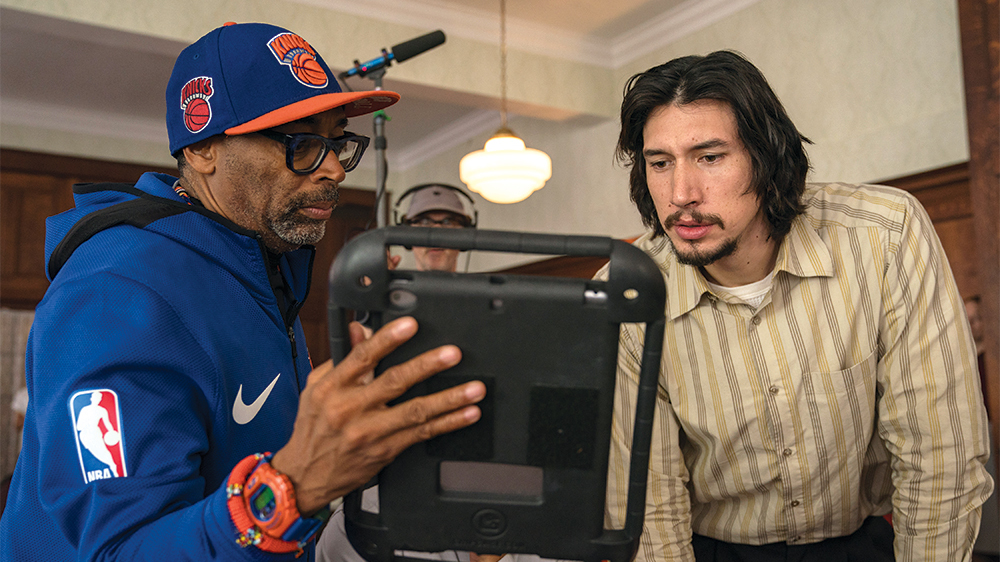 Spike Lee and Adam Driver on the set of "BlacKkKlansman." Credit: David Lee

But to access the heart of Spike Lee’s contributions to academia—which is to access a man who is by all accounts inexhaustible—one must go through his students and his peers. It’s been said by numerous colleagues that Lee has never missed a class. Whether that holds up to scrupulous fact-checking or not, the point remains: Lee has a habit of making himself an abundant resource, over and over again. While making his Emmy-winning documentary series When the Levees Broke, the director invited 15 students onto the project as interns, providing each with first-hand experience on a nonfiction classic. In the last two decades alone, Lee has mentored the likes of Dee Rees (Pariah; Mudbound), Michael Larnell (Cronies; Roxanne Roxanne), Stefon Bristol (See You Yesterday), Paul Dalio (Touched by Fire), Reinaldo Marcus Green (Monsters and Men), and countless other grad film students.

“There’s nobody like Spike Lee,” says Green, whose feature film debut Monsters and Men earned a special jury prize at the 2018 Sundance Film Festival. “He is the epitome of originality… He’s relentless in his work ethic and in his output. He remains a student of the craft after all these years.”

And that part about being inexhaustible?

“Spike has seen every short film that I’ve ever made,” says Green. “And I know he’s done that for hundreds [or maybe] thousands of students during his tenure.”

It takes little time researching Lee before these kinds of remarks become refrain. Somehow though, the Madison Square Garden mainstay and the 2018 Academy Award winner (BlacKkKlansman) still emits an aura of mystique. Green has a theory: “He still remains accessible yet elusive, which is the rare and genius of Spike Lee.”

On November 19, Lee will take the stage at the NYU Skirball Center alongside friend and Associate Dean of Strategic Initiatives Sheril Antonio. To celebrate its 30th anniversary, Lee and Antonio will revisit Do the Right Thing and reflect on the thematic parallels with the cultural climate in America today. 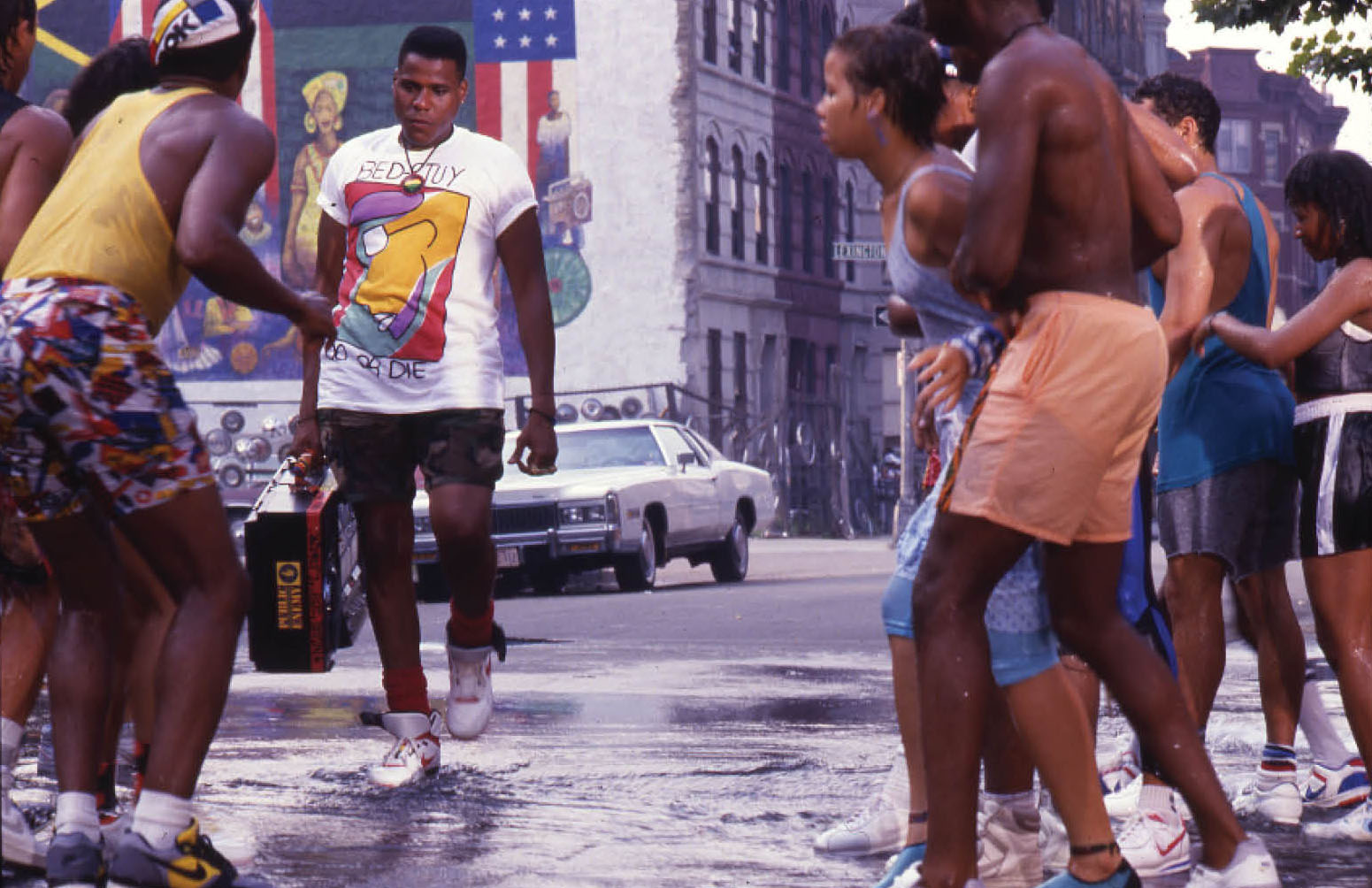 "Do the Right Thing"

“Spike Lee is a true auteur whose expertise in filmmaking and knowledge of cinema combined with his cultural awareness enable him to offer audiences new perspectives on American life,” says Antonio.

That awareness is undeniable when viewing Lee’s 1989 classic in 2019. To do so is to observe the work of an artist both awake and uniquely prescient. Atlanta born and Brooklyn raised, Lee boldly brought to screen his community’s experience and articulated hushed truths about living while black in America. The film’s storyline is confined to the quotidian events of a scorching summer day in Bed-Stuy, but against that backdrop Lee accents overwhelming themes of racial tension and police brutality.

The film's relevance in America today is a discussion for another time, but Lee’s ability to elevate the meaningful from the mundane is what resonates 30 years later.

< Previous Nicholas Ma’s Film “Mabel” Aims to Dispel Myths and Embrace the Wonders of Botany Next > From the Classroom to the Prison Cell, Anna Deavere Smith Gives Voice to the Forgotten