Works From 14 Photography & Imaging Graduating Seniors To Go On View 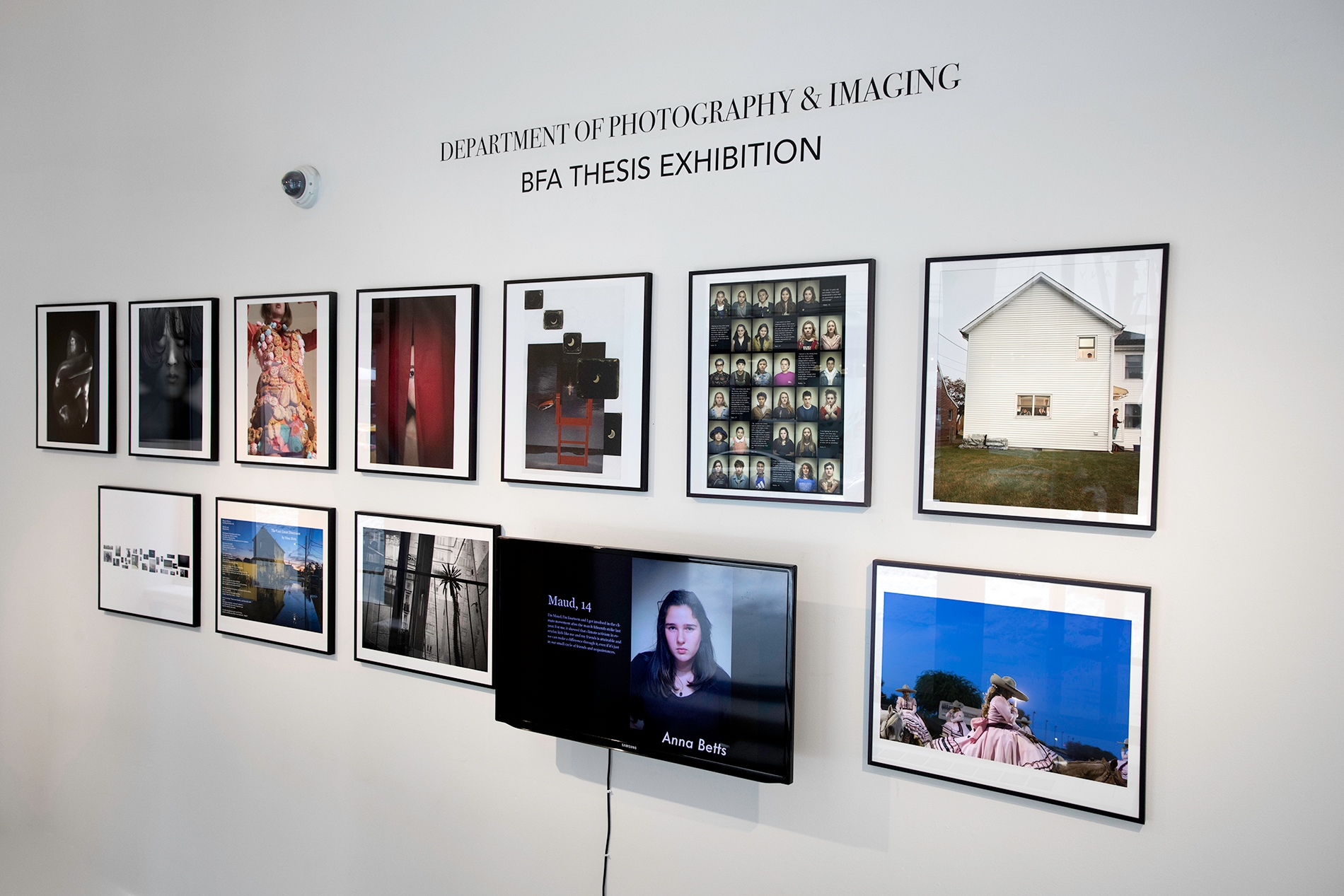 The second of two shows featuring thesis projects from the Class of 2020 on view in the windows at 721 Broadway (at Waverly Place) until February 10, 2021.

SHOW TWO is an exhibition featuring works in photography, digital imaging, and multimedia by 14 graduating seniors from the Class of 2020 in New York University’s Department of Photography & Imaging at the Tisch School of the Arts.

The photographs on display present a small selection of the larger bodies of work each student worked to create throughout their years in the program. SHOW TWO is the second in a series of two BFA exhibitions of the work of the entire 2020 graduating Photography & Imaging class.

Anna Betts: Due to the rise of social media, young people have become empowered to engage with political issues outside of the traditional realms, providing opportunities for new voices to be heard. Anna Betts’ project Love & Rage: The New Faces of Climate Activism focuses on the young climate activists who are at the forefront of the climate crisis movement and examines the relationship between social media and political activism.

Rafik Greiss: Rafik Greiss's project Matter focuses on the different definitions of the word ‘matter’: as substance and as significance. What does it mean to make photographs in an overly saturated image world? We live in an era where the lines between actuality and fabrication are not only blurred, but even the separation of the two are almost meaningless. What Rafik wants to introduce is the idea of images as a substitute for matter. There are no prepackaged deductions, in there lies a truth, but one that must remain unknown to audiences and artists alike.

Karolina Lajch: Karolina Lajch’s Pamiętasz? (Do You Remember?) is an exploration of the reliability of the human memory, specifically the unreliable nature of her own. Through these compositions Lajch creates new memories, or rather, new interpretations of her past, and attests to the murky and layered ways in which memory and artifacts operate.

Wenyu Li: Wenyu Li’s project Miles Away is dedicated to her father’s best friend’s family that has been taking care of her. It is not only a series to show her gratitude but also a project shines light on first/second generation Chinese Immigrants.

Ellen Lii Ellen Li’s installation folded as they are in homes is a litany for stillness. Fixated upon diaspora, queerness and femininity, it is a plea for the self and all its enumerations.

Jack Seidenberg: Jack Seidenberg’s Seven Stars is a collection of black and white street photographs of Tokyo, inspired by the isolation and emotional alienation found in Japanese literature.

Hao Wang: Hao Wang’s project Caged Freedom through extreme conditions and artistic expression discusses the fundamental value of freedom in human society. It draws the tension between nature and society.

Michelle Wei: Michelle Wei’s project Cycle investigates on the three stages in life repeating one after another, from knowing nothing to a period of conflict, and finally arrive at a stage of realization and peace.

Katerina Voegtle: Katerina Voegtle’s project Fatherland is an umbilical tug-of-war, an untangling and re-tangling of fraught relationships with father and with nation, exploring her own military family to see how the American national subject is created through pop culture mythologies and the family structure.

Xin Yu: Xin Yu's project Things as I Remembered is about the artist's memories, documenting fragments of her life experiences, questioning the truthfulness of memories, and experimenting with how one can relive their memories through images.

The Department of Photography and Imaging (DPI) in Tisch School of the Arts at New York University is a four-year B.F.A. program situated in New York City. Centered on the making and understanding of images, DPI offers students both the intensive focus of an arts curriculum while demanding a broad grounding in the liberal arts. Our department embraces multiple perspectives and approaches which encourages critical engagement both in and outside of the classroom. Our majors explore photo-based imagery as personal and cultural expression while working in virtually all modes of analog and digital photo-based image making, multimedia, new media, immersive, and post-photographic 3D simulation technologies.