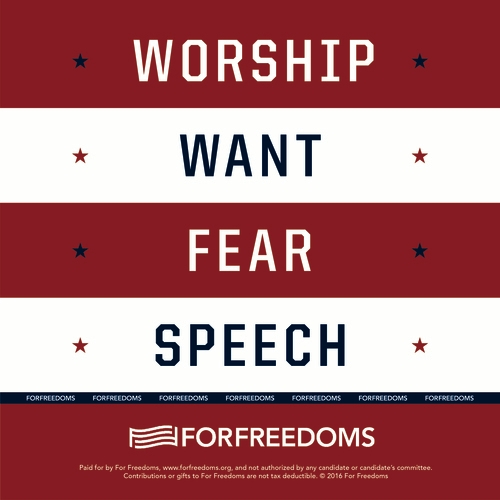 Founded by alum Hank Willis Thomas ('98) and Eric Gottesman, For Freedoms is a newly formed, artist-run Super PAC that empowers artists to create politically-engaged artwork that improves the way candidates and citizens participate in conversations about politics in the United States.

The first campaign will be a group exhibition at the Jack Shainman gallery in NYC from June 7th to July 29th and will feature works by alums Wyatt Gallery ('97) and Will Steacy ('03), and by faculty member Bayeté Ross Smith.

Inspired by American artist Norman Rockwell’s paintings of Franklin D. Roosevelt’s Four Freedoms from 1941, our super PAC aims to subvert a “Rockwellian” nostalgia for a “simpler” America while co-opting a visual language that is accessible to a wide audience of viewers. Franklin D. Roosevelt’s Four Freedoms are freedom of speech, freedom of worship, freedom from want, and freedom from fear.