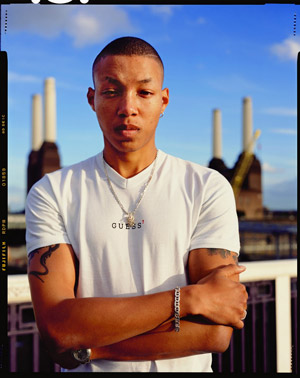 Photo by Lola Flash from [sur]passing, a series based on larger than life size color portraits that probe the impact skin pigmentation plays on black identity and consciousness.

"But we will only succeed if we reject the growing pressure to retreat into cynicism and hopelessness. ... We have a moral obligation to 'stay woke,' take a stand and be active; challenging injustices and racism in our communities and fighting hatred and discrimination wherever it rises."
—Rep. Barbara Lee (D-CA)

How do photographers authentically and confidently approach image-making when the photographer, audience, and subjects can be from diverse racial, class, and gender origins? How do photographers present their subjects in a way that ensures dignity, empowerment and inclusion? How do documentary photographers stay focused on issues that raise awareness of the social and political environment and get involved to influence the outcomes of these situations?

Join us for presentations and panel discussion followed by a reception. Nina Berman will be signing copies of “An Autobiography of Miss Wish.”

Nina Berman: Documentary photographer, filmmaker, author and educator. She is a founding member of NOOR images. Her wide-ranging work looks at American politics, militarism, post violence trauma and resistance. Her recent work, An Autobiography of Miss Wish, is a story told with a survivor of sexual violence and reported over 25 years. Nina will be signing copies of her book during the reception.

Lola Flash: A photographer using images to challenge stereotypes and offer new ways of seeing that transcend and interrogate gender, sexual, and racial norms. Flash works primarily in portraiture with a 4x5 film camera, engaging those who are often deemed invisible. Flash’s work welcomes audiences who are willing to not only look but see.

Ruddy Roye: Brooklyn-based documentary photographer specializing in editorial and environmental portraits and photojournalism photography. A photographer with over twelve years of experience, Roye is inspired by the raw and gritty lives of grassroots people, especially those of his homeland of Jamaica. Roye strives to tell the stories of their victories and ills by bringing their voices to both matte fibre paper and his popular Instagram feed. With painterly abilities, Radcliffe uses this diffused methodology to subtly awake the subconscious and expose the isolated figure or vision painted within a rhetorical frame.

Lorie Novak, Professor of Photography and Imaging, NYU Tisch School of the Arts

Social Documentary Network (SDN) is an organization promoting visual storytelling about global themes. Started as a website in 2008, today SDN works with thousands of photographers around the world to tell important stories through the visual medium of photography and multimedia. Since 2008, SDN has featured more than 2,800 exhibits on its website and has had gallery exhibitions in major cities around the world. In 2015, SDN began publishing ZEKE: The Magazine of Global Documentary, available in print and digital editions (www.zekemagazine.com)

ABOUT NYU TISCH DEPARTMENT OF PHOTOGRAPHY AND IMAGING

Centered on the making and understanding of images, this program offers students both the intensive focus of an arts curriculum while demanding a broad grounding in the liberal arts. Our department embraces multiple perspectives, with majors working in virtually all modes of analog and digital photo-based image making and multimedia.

This event is part of Social Documentary Network’s 10th Anniversary Celebration and held in conjunction with the exhibition of “cit.i.zen.ship: reflections on rights” in the NYU Photography and Imaging Galleries at Tisch School of the Arts, from October 4, 2018-January 18, 2019.