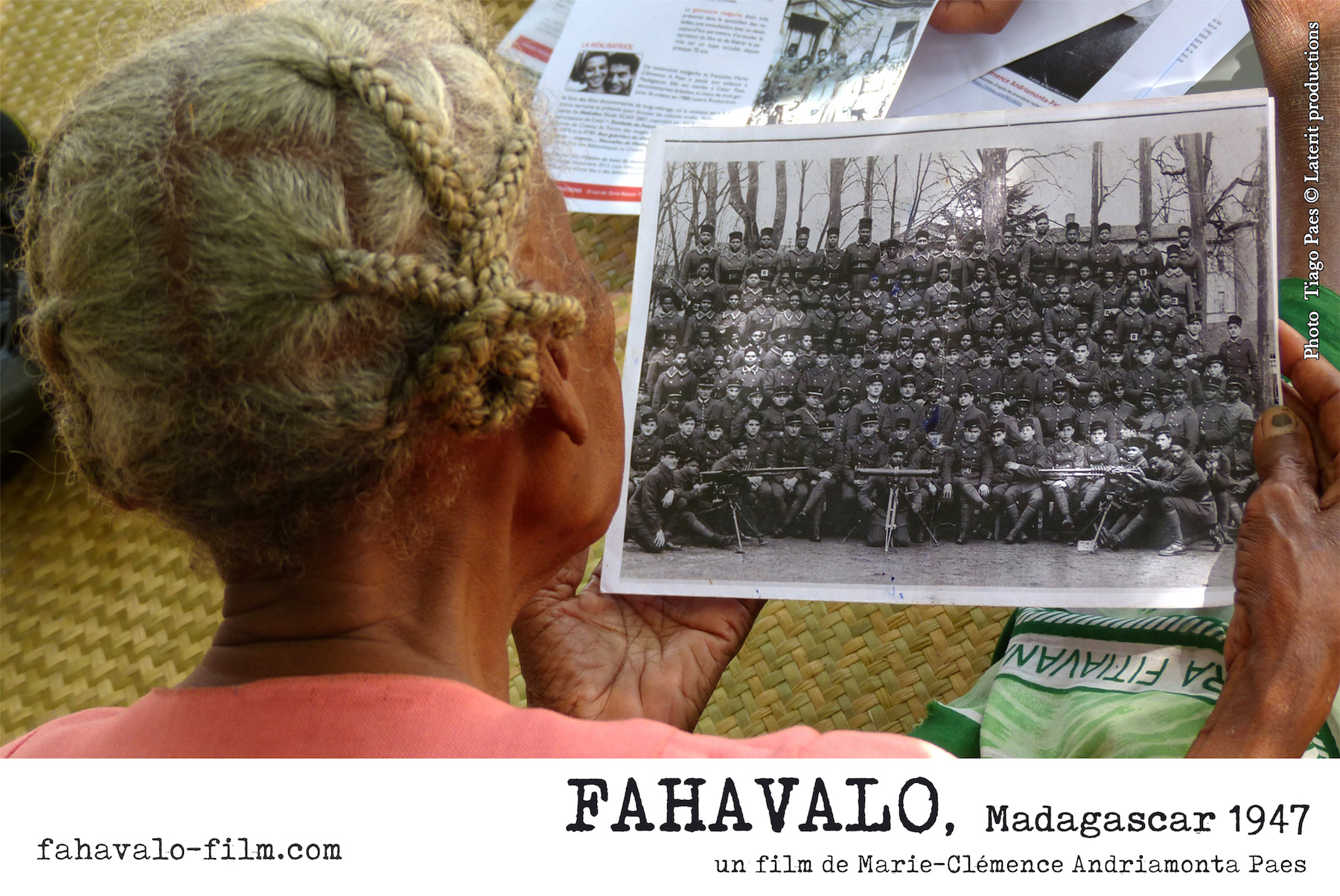 Join the Department of Performance Studies for a screening of the film FAHAVALO followed by a Q&A with the filmmaker Marie-Clémence Andriamonta Paes.

When Malagasy soldiers came back from WWII, they expected De Gaulle to give them independence for fighting along with France against Nazis. Instead, they were asked to return to their indigenous status.They soon became the leaders of an uprising, harshly repressed by the French colonial authorities.

The last witnesses tell us about their long months of resistance in the jungle, armed only with spears, machetes and talismans. Interweaving archives with these rare and heartfelt testimonies, the film unfolds an unknown story of rebellion.

Marie-Clémence Andriamonta Paes is both Malagasy and French. She has a master degree in Sociology and a Marketing CELSA Diploma (Sorbonne). In 1988, she creates Laterit Productions, an independent production company based in Paris, also committed in distribution and publishing.

With her husband, the Brazilian DOP and director Cesar Paes, she wrote and produced documentaries such as “Angano… Angano… Tales from Madagascar”, “Songs and Tears of Nature”, and “Awara Soup” that have won top awards at Cinema du Réel, Festival dei Popoli or Leipzig Film Festival. Previous films “Saudade do Futuro”, “Mahaleo”, “An Opera from the Indian Ocean” and “Songs for Madagascar” have been theatrically released in France and in the USA, and some of them have been screened by Arte, WDR, WNYC, Canal+, Taiwanese public TV. Their films are available worldwide on DVD and VOD.

This event was curated by Gwen Rakotovao, M.A. '19.