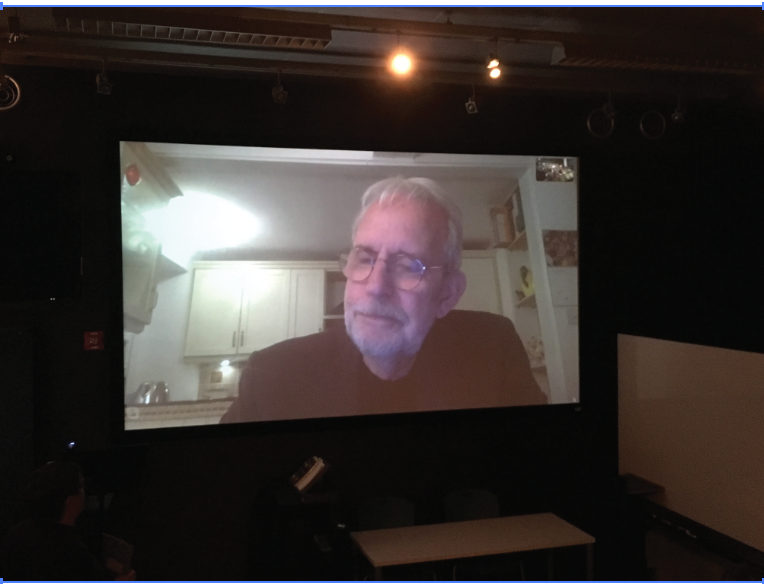 On September 10th, during a class lecture of “Portrait of an Artist: Walter Murch” taught by Brane Zivkovic, we were graced with the presence of the legendary editor Walter Murch himself during a Q&A video call session. During which he helped us understand the editing and thought process behind many of the notorious films we know today such as “The Godfather” and “Apocalypse Now”.

Murch is a born and raised New Yorker who was nicknamed “Boing Boing” after the cartoon that only spoke in sound effects for his eagerness to pursue sound and study sound as part of his storytelling technique. Growing up with a father who was a painter, Murch quickly learned to study the space between the creator and the subject of the creation, which in many ways resembles the position of an editor that he later came to be.

Currently, Murch is involved in an emerging field of neuroscience that is coined as “neurocinematics” that is researching how humans have come to understand the elements that make up the language of film such as cinematography, dialogue, sound effects and the list goes on. Film, according to Murch is a meta-language that is received by humans through the visual, the auditory, the intuition and other realms of the human sensorium. However, a successful completed film is one that has curated these elements to reach our senses in a harmonious way and create an impact on how we feel as spectators. This impact is created through trial and error, from previous films and films in progress that serve as experiments and references for those who want to push the boundaries of human expression through the medium of film.