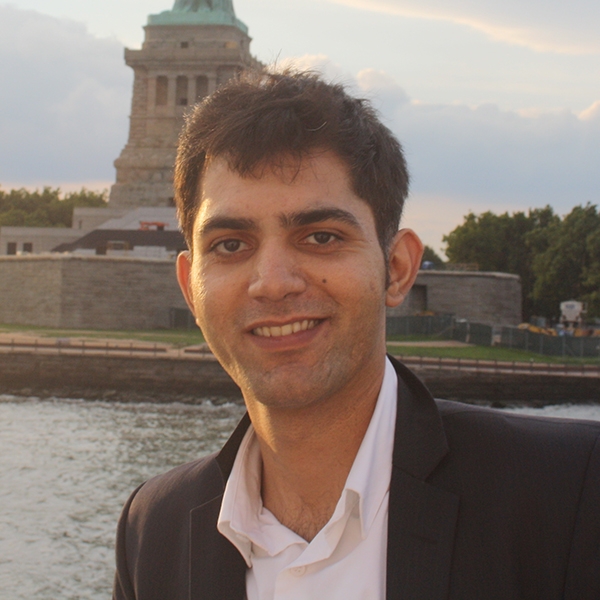 What are you presently doing professionally?
I work as a Director of Multiplatform Analytics at A+E Networks, owner of cable networks such as History, A&E, Lifetime and VICELAND. In my current role, I analyze performance on A+E content on all platforms including TV, DVR, VOD, SVOD, DTO and other emerging services. I work with distribution, programming, marketing and ad-sales teams presenting data driven analysis for their daily strategic decision making.

Outside of my day job at A+E, I also continue to work as an independent producer, making content for distribution on linear and digital platforms.

How did the Dual Degree program help you get there?
The Dual Degree program was a great setup for exercising both creative and business sides of the brain on a regular basis. Through Stern I was able to enhance the analytics skills required for my current role at A+E. At Tisch, I learnt film making through a very hands on program structure. Both programs were also important in creating a network of film makers and fellow industry specialists - a key for success after graduate programs. NYU also has a strong alumni network in the media industry and coming from either school definitely provides you with an edge while looking for opportunities in the industry.

What knowledge and skills have you learned in the program that have been most helpful in the industry?
Doing both programs simultaneously actually allows you to identify the similarities between the "creative" and the "business" worlds. It provides you with the opportunity to transcend skill sets learnt in one environment to another. For example, even the most simple powerpoint presentation should have a clear storyline - much like a film, clarity of thought helps you create powerful and memorable communication. Similarly, lessons from marketing, finance or even entrepreneurship classes at Stern allows one to think of film making as a business. It teaches one to be more prudent in their decision process to improve not only the artistic elements of the film, but also make it financially viable.

Bio:
Rajat Sharma is an independent producer from New Delhi, India. He has worked on over 30 films across four continents as a Producer, Director and Actor. His films have played at major film festivals across the world such as Cannes, Berlin, Sundance, Tribeca, LAFF amongst others. His projects have been acquired by major media outlets such as HBO and Conde Nast for both linear and digital distribution. He currently works with A+E Networks as Director, Multiplatform Analytics focusing on content performance on digital and emerging platforms. He is also an avid cricket, astronomy and history fan.