ON YOUR RADAR: Gabriel Bier Gislason 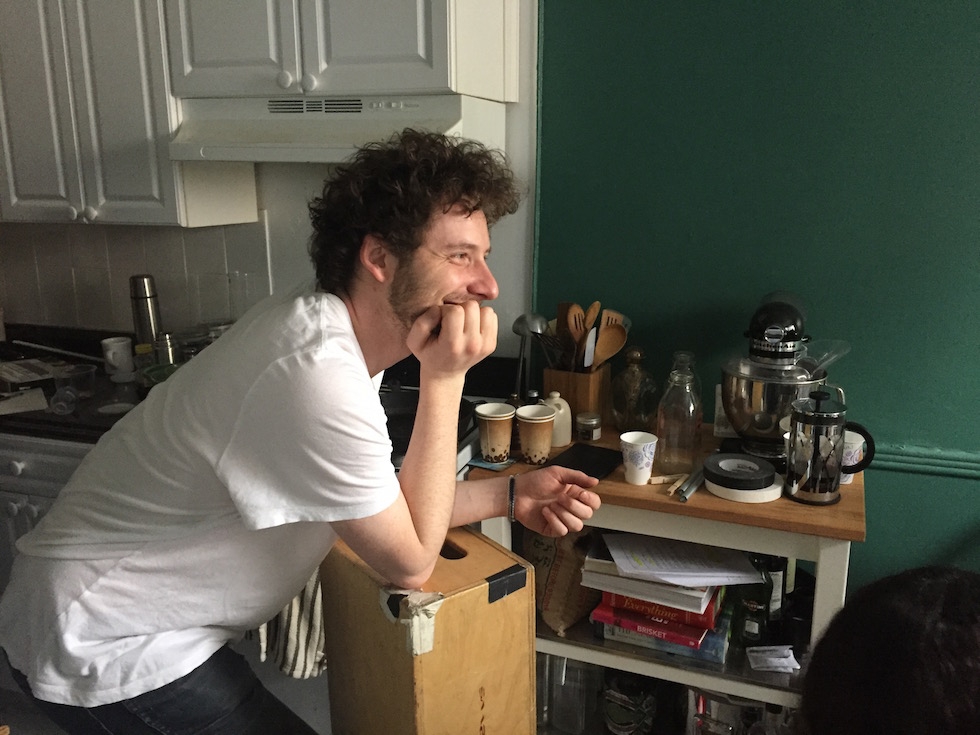 GABRIEL BIER GISLASON IS CURRENTLY A 2ND YEAR STUDENT AT GRAD FILM. WE ASKED HIM A FEW QUESTIONS AND HERE’S WHAT HE HAD TO SAY:

I guess there are two places I’d call home.

First there’s Copenhagen, Denmark, where I'm from. It was a great place to grow up, best described as either a very big small town or a very small big city, where I could spend my childhood exploring its neighborhoods, hanging around comic book and record stores and going to the movies. In the winter, it’s dark, gray and depressing – everyone crawls into cramped, smoke-filled bars to drink and complain and wait for the sun to come out. In the spring and summertime, the whole city breaks into a smile and everyone takes their drink outside to the parks, the bridges, the benches, wherever. And then fall comes around and the cycle begins anew.

It’s an extremely easy place to live in. Copenhageners tend to have nice, cozy apartments and they ride their bikes around the city, looking beautiful and healthy and happy (seemingly at least – apparently Danes are Europe’s largest consumers of antidepressants. Go figure). It was also, in part for those very same reasons, a little bit suffocating for me. So when I was 20, I moved to London to study English Literature.

I hated London my first year there, after which I fell so deeply in love with it that I stuck around for another five years (until I moved to New York for this program.)

London is a strange, beautiful, horrendous, diverse, expensive, frustrating and exciting place. It’s not so much a single big city as it’s a bunch of cities all thrown on top of each other.

London doesn’t meet you with open arms. It's a neurotic city, and you have to work at it in order to feel at home there; you have to dig into its strange, often fucked up history; familiarize yourself with its discombobulating geography as best you can; and then carve a city you love out of its big messy whole, through its crowded, curvy streets and hidden spaces. But if you do it, it is so, so rewarding. To me it became home in a way Copenhagen never quite was. And as happy as I am to be in New York now, not a day goes by where I don’t miss it.

Toni Erdmann and Force Majeure are the two recent films that have inspired me the most. To me there is no greater artistic balancing act than producing work that is hilarious yet fundamentally and unapologetically tragic.

I usually describe the kind of work I myself try to make as “existential dread, with jokes,” and there are a few artists to whom I always return for inspiration.

I can always put on The Magnetic Fields’ 69 Love Songs, wherever and whenever, and immediately feel at home. It’s such a sprawling work, and if you don’t feel like taking out the three hours it takes to listen to the whole thing from beginning till end, you can always pick a song or two that’ll fit your mood. More recently, Car Seat Headrest has helped scratch a similar itch. And Sampha’s new album is just plain addictive for anyone prone to melancholy.

Grace Paley is probably my favorite writer. Her voice springs out at you from the page, full of anger, regret, absurdity and defiance all at once, and her short fiction is so goddamn funny and perfectly heartbreaking.

The current state of the world is wholly disheartening and disorienting, so a lot of my time is spent consuming news coverage and journalism, just in order to try and get a grasp on what the hell is going on. I listen to a lot of podcasts, especially On the Media, Code Switch and Reply All. Obviously, they’re really useful to stay informed. But there’s also just something comforting about the sound of someone else’s voice trying to make sense of it all.

There have been a ton of rewarding experiences during my time here already, especially during our production periods.

More than any single experience, though, there’s a particular feeling I get when our class is gathered in one place.

We spend A LOT of time around each other, which can, at times, be exhausting.

But the mere fact that all these people – each of them with such a distinct voice, with work so unmistakably their own – can all be in the same place at once, all trying to work out who they are as both artists and people, while helping each other do the same, is rewarding beyond measure.

And when we’re all in the same room together, I’m always struck by how unlikely it is that our paths would have crossed had it not been for this place – and what a privilege it is to be in that room.