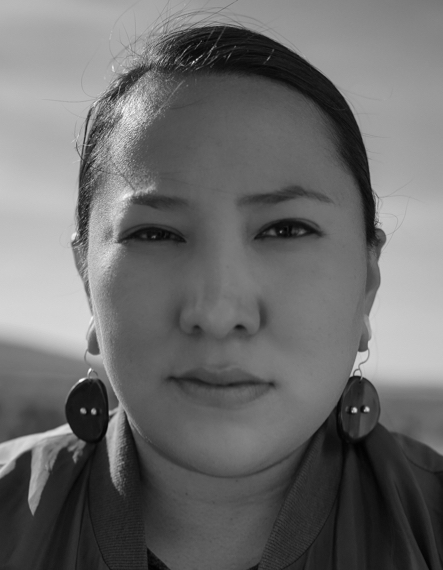 MFA Candidate Razelle Benally is one of five writers in the Dark Winds writers room, a groundbreaking Native-led TV show on AMC that was renewed for a season 2 within days after its June 12 premiere.

Set in 1971 on a remote outpost of the Navajo Nation near Monument Valley, the six-episode series follows Lieutenant Joe Leaphorn (Zahn McClarnon) of the Tribal Police as he is besieged by a series of seemingly unrelated crimes. The closer he digs to the truth, the more he exposes the wounds of his past. He is joined on this journey by his new deputy, Jim Chee (Kiowa Gordon). Chee, too, has old scores to settle from his youth on the reservation. The series premiere drew 2.2 million viewers on AMC in the Nielsen Live+3 ratings.

Dark Winds based on the best-selling Tony Hillerman mystery novels that feature a pair of Navajo tribal police detectives. The first season is adapted from two of Hillerman’s books, 1978’s Listening Woman and 1980’s People of Darkness. Benally shared a story about a coming-of-age ceremony called a kinaaldá she participated in as a girl, which then made it into an episode. “It feels real because it is real,” writer’s room head Vince Calandra told The Hollywood Reporter.

Read more about the show here.