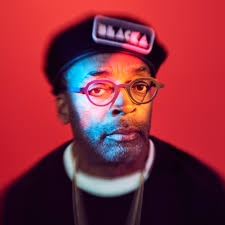 The musical, which is currently running on Broadway through Feb. 16th, stars David Byrne (Talking Heads, Here Lies Love) as he shares the spotlight with a diverse ensemble of 11 musical artists from around the globe. Lee’s movie version is planned for a 2020 release.

Participant will be financing the film in partnership with RadicalMedia as a means to “engage positive social change." Byrne himself said: “Spike Lee directing and Participant producing - two socially engaged teams, well, three if you count us in the band, coming together in what I feel will be something moving, important, and unlike anything anyone has seen before.”

< Previous Cathy Yan’s “Birds of Prey” Out Now Next > On Your Radar: Spencer Emukah