On Your Radar: Khalea Ross Robinson 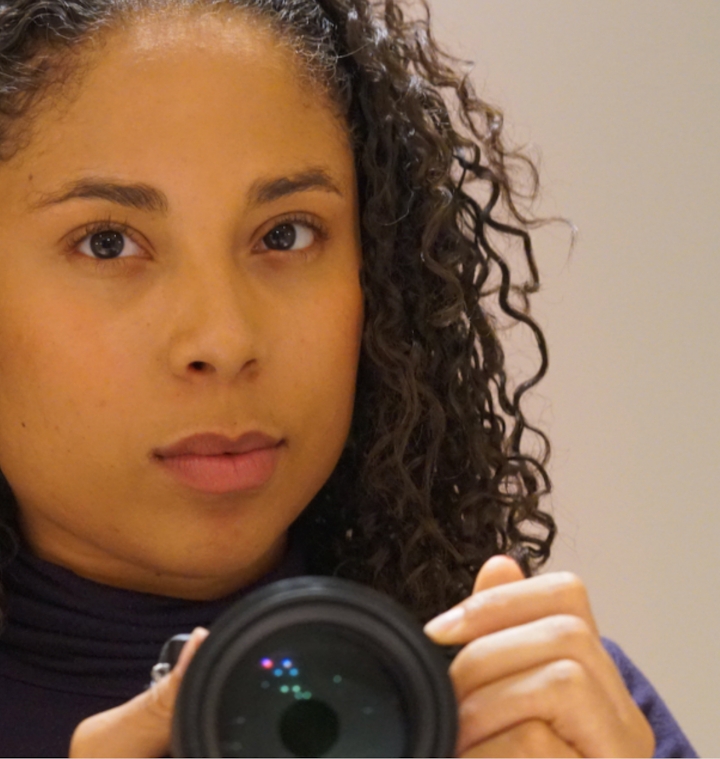 KHALEA IS CURRENTLY A 3RD YEAR STUDENT AT GRAD FILM. WE ASKED HER A FEW QUESTIONS, AND HERE’S WHAT SHE HAD TO SAY:

"Home", until I was eleven, was at the corner of 12th Street and Alaska in Washington, DC.  I remember it as a child would -- watching fireflies on the front porch of the beloved brick house in summer, the tyranny of pollen in spring, the triangular lawn and its towering trees, the sound of cicadas, the indescribable but unmistakable smell of winter on its way.  Lemon muffins mixed with vanilla ice cream (a secret pleasure every. bit. as bad and as good as it sounds), the driveway that dipped into the earth that was never used for cars, so always used for play.  The black, wrought iron fence my parents put up when I started walking.  The occasional screech of tires at the corner, which was why.  Piano with my mother in the early mornings before school, dinners on the table my father carved, at dusk.  The sounds of João Gilberto, Hugh Masekela, and Ahmad Jamal over my parents' laughter.

At eleven, we moved from the nation's capital to a place that, until then, I had seen only as the island where 'Grandy', my maternal grandmother lived.  The place we visited every Christmas -- St. Kitts, the smallest country in the Western Hemisphere.  And all of a sudden, instead of fireflies, it was egrets.  A yellow house between the mountains and the sea.  Frangipani.  Standing when teachers entered.  Bougainvillea.  Wild horses on the land next door.  The boys commanding them, easily, without saddle or bit.  Crickets.  Stars.  Rains that visit and leave again in ten minutes, leaving no hint of themselves but the occasional rainbow.  City streets festooned with red, orange, green and blue lights at Carnival time.  Steelpan harmonies of "The Rose" wafting into classrooms over the breeze.  Sugar cane.  And at home, the same music, the same laughter.

2020 has been an unbelievable year in so many respects. Seeing all of the ways the world could unravel play out simultaneously -- from the global pandemic to the West Coast wildfires to the splitting open of society following a public, slow-motion murder -- has, I think, forced everyone to realize just how fragile our society is. And something about all of us being made to recognize this at the same time -- waiting and watching together as the surreal becomes the everyday -- is connecting us more as a global community than ever before, which I find inspiring not only as a filmmaker but as a human being.

But also: The gritty, underground sound of The Fugees’ Bootleg Versions.  Neon lights.  'Agape' from the score of If Beale Street Could Talk by Nicholas Britell.  The shot looking up as kids jump from one roof to another in Charles Burnett's Killer of Sheep.  Where Rodchenko put the camera.  Lauryn Hill at every stage.  Backlit tulle.  The way Diana Vreeland held her head and her fabulous red wallpaper.

Definitely the crewing!  Nothing bonds you with people like wedging shims under dolly track in freezing temperatures at 1am to get the take;  collectively directing a baby to look at something -- anything -- but the boom mic overhead;  smoothing bed sheets on a queen size mattress, for an overhead shot, with nothing but the water on your fingertips and a hair dryer;  or defogging an entire storefront window with same.  Being there for each other through thick and thin at all hours and temperatures has been an absolute joy when I've done it for my classmates, and a true gift and treasure when they’ve done it for me.  So on top of the brilliant, ridiculously accomplished professors and comprehensive technical instruction for which it is known, I think the way that NYU Grad Film builds deep bonds of support and friendship among its students might be its greatest strength.