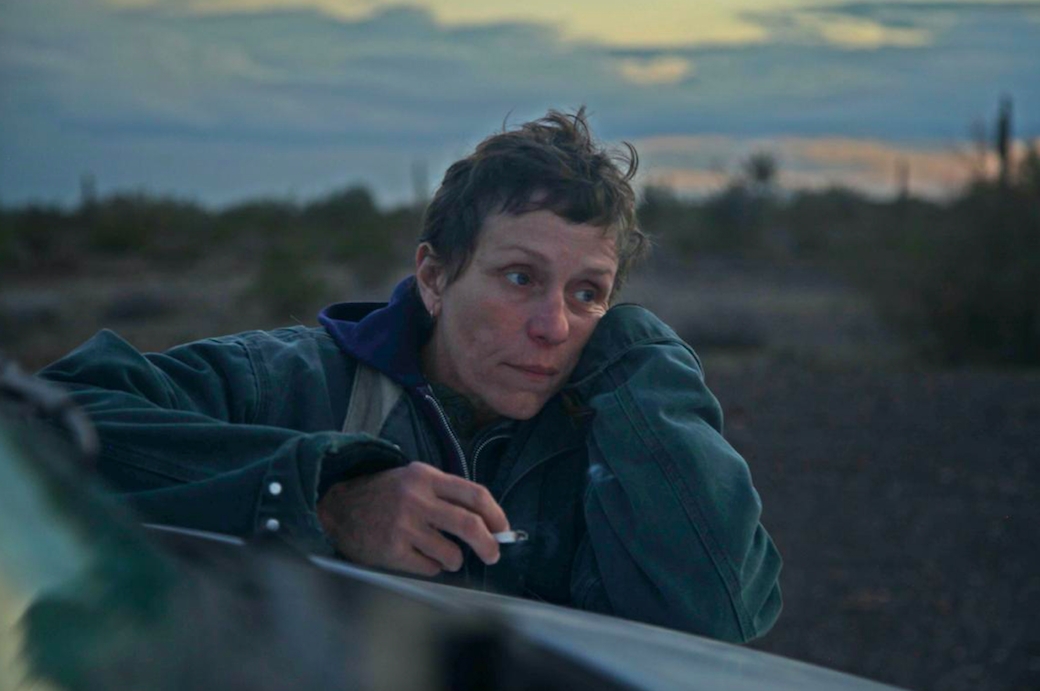 Nomadland is the first film in history to win the top prizes at both TIFF and Venice. Individually, each award holds a favorable prediction for the film’s awards chances. The People’s Choice Award at TIFF has historically been a predecessor to a Best Picture Oscar nomination, past examples being La La Land, Three Billboards Outside Ebbing, Missouri, and JoJo Rabbit. On top of that, the past three winners of Venice’s Golden Lion (which Nomadland took home this year) went on to be nominated for the Best Picture Oscar.

Zhao’s film has been described by Variety as a “tender ode to American Independence”, and The Hollywood Reporter called it “a unique portrait of outside existence”.