On Your Radar: Cameron Laventure 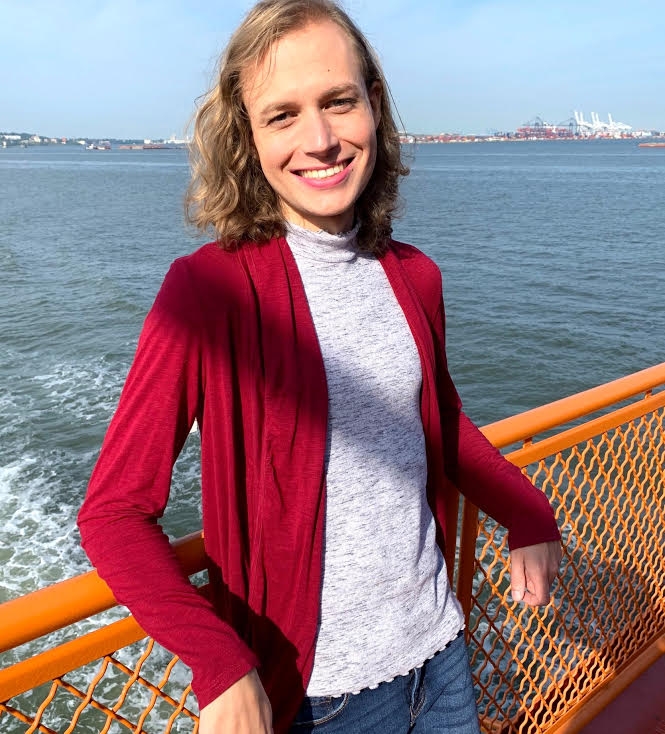 Cameron Laventure IS CURRENTLY A THESIS STUDENT AT GRAD FILM. WE ASKED HER A FEW QUESTIONS, AND HERE’S WHAT SHE HAD TO SAY:

To me, “home” is far more of a feeling than a place.

I grew up in a gentle Michigan village with my parents, who worked as teachers, and my brother Brandon, who remains my filmmaking partner to this day. On weekdays, I would walk across a green football field to a 700-person school. On weekends, I would listen to church bells echo across town as they’d mark the lazy, forgiving hours.

Yet my childhood struggles with autism made it hard to feel like I was “home.” For many years, I would recoil at the slightest variations of light, sound, and social conventions. I rarely felt comfortable.

But the more I traveled, grew, and experienced, the closer to home I felt. At Michigan State University, I began to embrace my differences and express myself as an adult; in Charleston, South Carolina, I found my way out of a deep self-hating depression; and in New York City, I came to proudly know myself as an artist, and as a transgender woman.

Wherever I find it, home is the permission I receive to be my truest self; to wander, to fail, to give and receive love, and to insist on my place in a world that used to horrify me. I receive that permission from my family, friends, mentors, and from my own mind, on long secluded days of writing when I remember to be kind to myself.

I hope I find this sense of permission in the next phase of my life, as I enter my 30s and move to Los Angeles.

Right now, I’m inspired by the humility of hope.

I want to make rousing works of fantasy and sci-fi that encourage the best in people, like the movies that shaped my beliefs as a child. But it’s hard to do that without hope. It’s hard to look forward and create, as we bear witness to our fragile Earth falling into the hateful grip of shoddy Saturday morning cartoon villains.

It’s tempting, in such times, to wait for hope to spring from nowhere, like a gleaming sword thrust out of a lake.

But now, I'm inspired by the discovery of how banal and achievable hope can be.  Sometimes, hope is nothing more than admitting that you don’t know what’s coming next; that apocalyptic pessimism only feels more accurate than starry-eyed optimism, but it’s really just another wild guess about an unknown future; that nobody knows the final frame when they’ve only seen the first.

I’m inspired by everyone, from door-knocking campaign volunteers to Antifa activists, who work together to help good triumph over evil – not because they know they’ll win, but because nobody knows that they’ll lose.

With my studies ending, I hope to join that effort, and to make movies that reveal hope to be closer than it seems.

I was deeply rewarded by the production of my second-year film, Potion Masters; a queer fantasy/rom-com about a couple who tries to fix their relationship with a series of magic potions.

The hoary old cliché is that good art has to come from suffering. Baloney! I smiled like a goober when this idea fell into my head as I watched a baseball game with Brandon and our dad. My heart grew three sizes as I collaborated with my peers and screenwriting professor to fine-tune the characters, clean up the sweaty parts, and confront the screenplay’s harder questions. Even our whirlwind six-day shoot, scary as it was, was more “scary like a roller coaster” than “scary like a serial killer.” The same cannot be said for every film production!

And I’m grateful to Potion Masters for one more thing. As I identified so fully with the film’s lesbian lead characters, through writing and directing, I slowly started to realize that I was identifying as a queer woman myself.