On Your Radar: Emilija Gašić 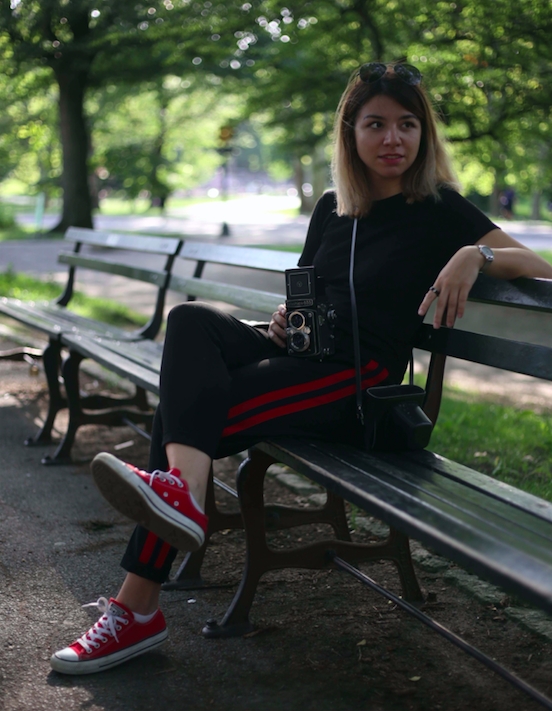 EMILIJA GAŠIĆ IS CURRENTLY A 3RD YEAR STUDENT AT GRAD FILM. WE ASKED HER A FEW QUESTIONS AND HERE’S WHAT SHE HAD TO SAY:

Home is my family house in Vrnjacka Banja, Serbia. It was built by my parents and their friends in the eighties. It is located on the piece of land where my ancestors have lived since the end of the 19th century, an accomplishment in itself since there is not a single generation in my family in over a hundred years that hasn't been touched by a war in some ways. It is a rural area with a lot of farms, forests, mineral springs and history. The Romans discovered the springs and built the first bath houses. There are quite a few of them today and I love visiting the spas whenever I go back.

Many rural places in Serbia are full of superstitions, legends and magical beliefs. Some believe that the springs were lost for a long time after Romans left and were rediscovered during the Ottoman Empire, when a dying horse became healthy again after drinking the magical water from the spring. I was never a fan of the water since it smells like rotten eggs due to the sulphur.

There are a lot of magical places. Behind my house in my neighbor's fruit yard, there is a place we called "The Roman Cemetery." It is a pile of big, pagan-looking rocks swallowed by the soil with some vague inscriptions on them. We would play there, try to read what is written on them and invent stories of forgotten times. The legend said that, if you try to lift the rocks, something bad will happen to you, so no one ever dared. This place still stirs my imagination today and over the years I have walked with my dad in this area many times, taking a lot of still photographs. Since I moved away for my studies, first to Belgrade and later to New York, my home has become the ritual of walking around aimlessly and taking still photographs. It all ties back to this place.

What is currently inspiring you as a filmmaker?

First - my classmates. It is very comforting and inspiring to be surrounded by such a diverse and talented group of people who gathered around film. Working closely together on each other's projects, traveling, dissecting films with our hard filmmaking student analysis and life experiences have made us into a tight community.

Second - shooting on film. Film as a format is dying out in most film schools around the world, so I was glad NYU still insists on it and
gives us the opportunity to use it.