MFA Alumni Temitope Olujobi was recently named to the first cohort fo artists for the Small Black Museum Residency Project at the George Washington Carver Museum in Austin, TX. Congratulations to Temitope, and we're excited to see her work throughout the residency!

The Museum selected Adrian Armstrong, Temitope Olujobi and Hypatia Sorunke for it's first cohort, and the three-month residency program during will provide time and resources to develop new artwork and engage in professional development initiatives.

Temitope Olujobi is a Queer Nigerian-American Architect turned Game Designer originally from the suburbs of Baltimore, Maryland. They received their B.Arch from Syracuse University and their MFA from the Game Center at NYU. Temi began their indulgence into all things 3D and digital art in the Second Life modification community making freakishly delightful virtual dwellings for some very eccentric gamers. Since then, Temi has used their design practice to visualize all types of unreal worlds and speculative environments. They are the first ever Barlovento Foundation Scholar and seeks to continue the foundation’s mission of making games more inclusive through the theme’s in their work. Temi’s first big game exploring the intersections of Architecture, Narrative and Restorative Justice called Edge of Healing was a Different Games Festival (Boston, Mass) and the Game Developers of Color Conference (New York City, NY) selection. Temi’s digital artworks have been exhibited in galleries and books including the New York City Storefront for Art and Architecture and The Architecture of Closed Worlds, Or What is the Power of Sh*t?

Check-out some of Temitope's work from her time at the Game Center here.

The Small Black Museum Residency Project recently held an Artist Talk featuring all three of the residents discussing the work they produced throughout the residency. Watch the talk here: 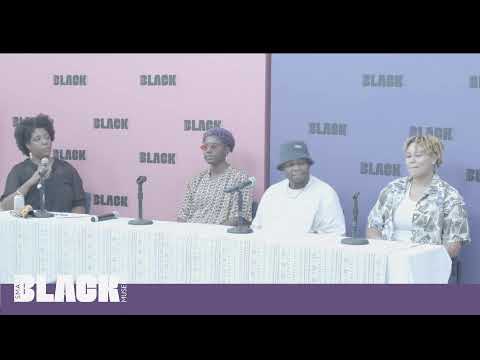