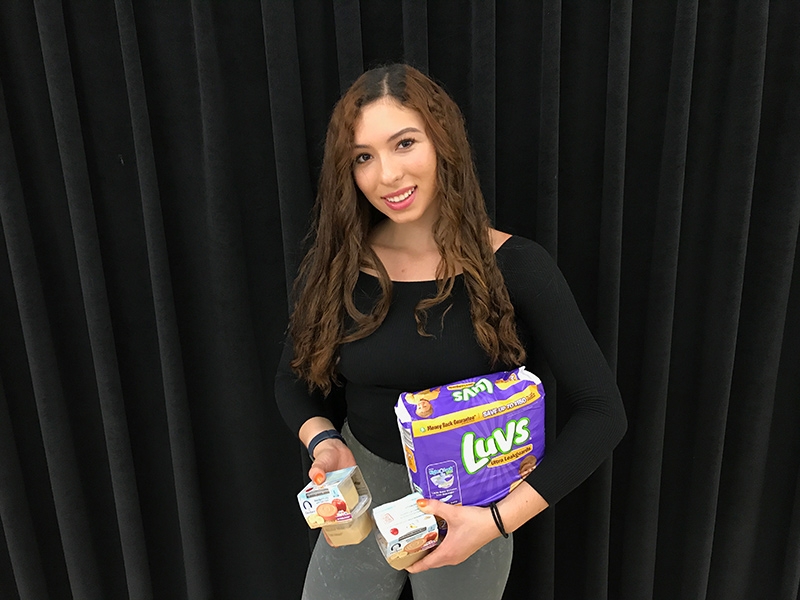 Making a difference: Diapers and baby food are among the items being collected by Tisch Drama student, Kayla Zanakis. They will be sent to support victims of recent hurricanes.

Kayla Zanakis, a second-year student in Tisch Drama’s Meisner Studio, has added “social advocate” and “philanthropist” to her portfolio of roles. Disheartened by recent news of the devastating effects caused by natural disasters in the Caribbean Islands, Kayla decided to lend a helping hand. So, she reached out to Colleen Seeber, a Drama advisor, and together the team organized a relief effort.

From October 2nd, through Monday, October 23rd, Tisch Drama will collect specific supplies in coordination with the New York City Mayor’s Office, which has established drop off locations throughout the city to aid hurricane victims.

The following items are being collected and will be sent to Puerto Rico to support fellow citizens affected by Hurricane Maria:

The Mayor’s Office will only accept these items.

Donations can be dropped off at Drama Reception, 721 Broadway, 3rd Floor (use the south elevator bank in the lobby). 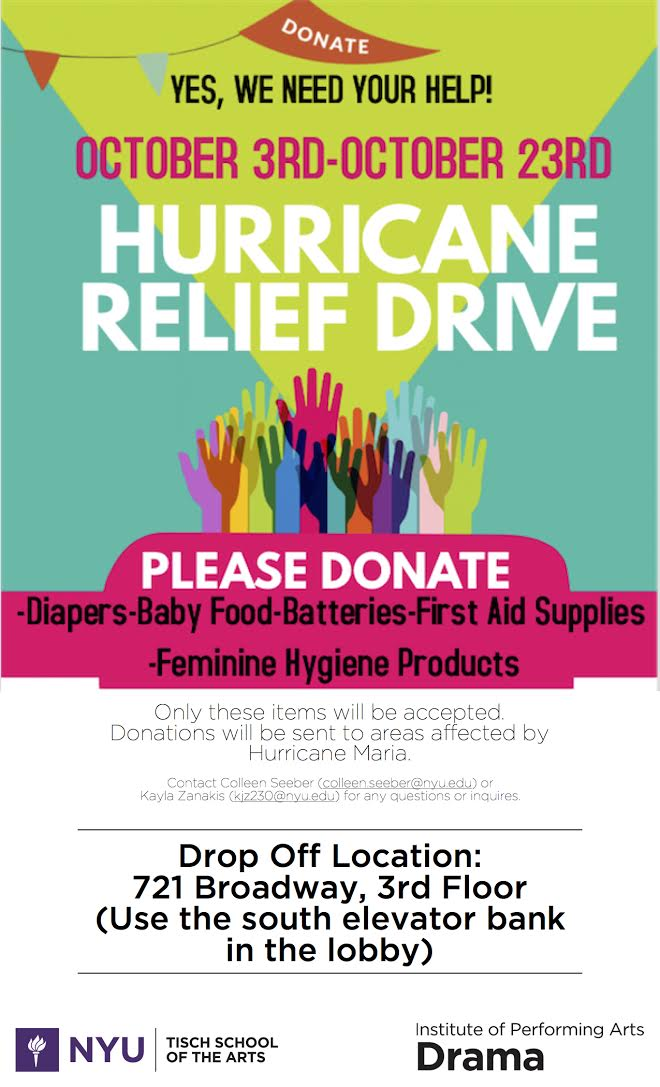