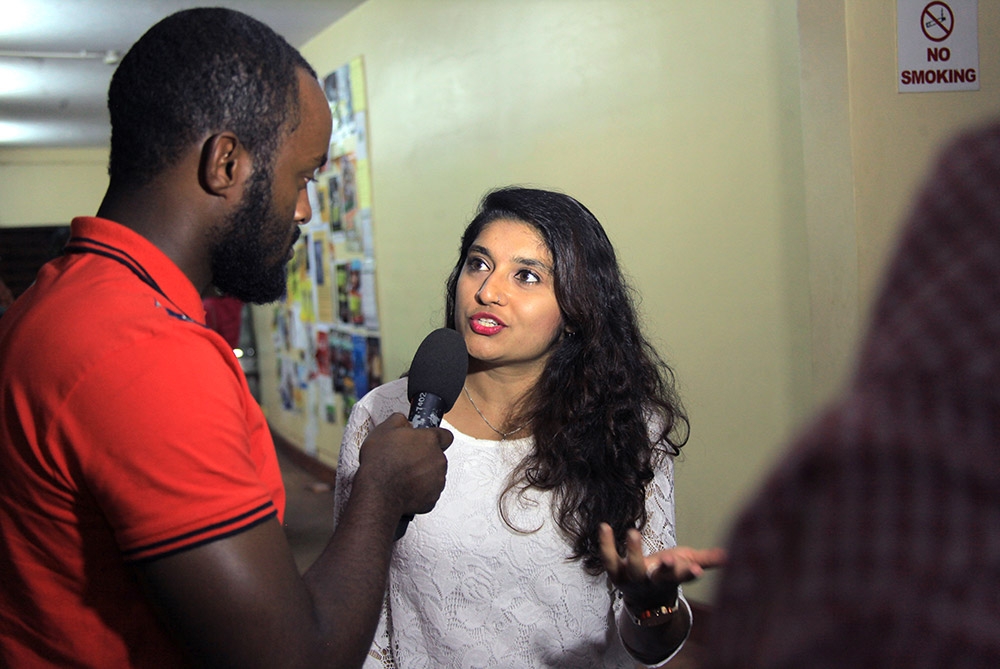 Karishma Bhagani is interviewed by reporters

“I had received a grant from the College of Arts and Science’s Dean's Undergraduate Research Fund and was looking at the performance of theatre and politics of performance during the regime of Idi Amin Dada (1971–1979),” Bhagani said.

While there, however, the double major in history and drama met Aganza Kisaka ‘15—an alum of NYU Abu Dhabi. The encounter led to an even greater learning experience.

“Kisaka mentioned she was working on a new piece called The Betrothal,” Bhagani said—in which Kisaka was a producer and actor. “And I asked to sit in on rehearsals.”

Playwright Joshua Mmali consented, and at the end of a rehearsal, asked for Bhagani’s notes.

“I had just written my ideas about what could be changed,” said Bhagani, who trains in Tisch Drama’s Experimental Theatre Wing. “And I guess he was impressed.”

Mmali was more than that.

“After sitting through the rehearsal with Karishma, and listening to her comments, she was so convincing in her knowledge and directing skills that I decided, without a moment's hesitation, that she was absolutely fit for the director's role,” Mmali said. 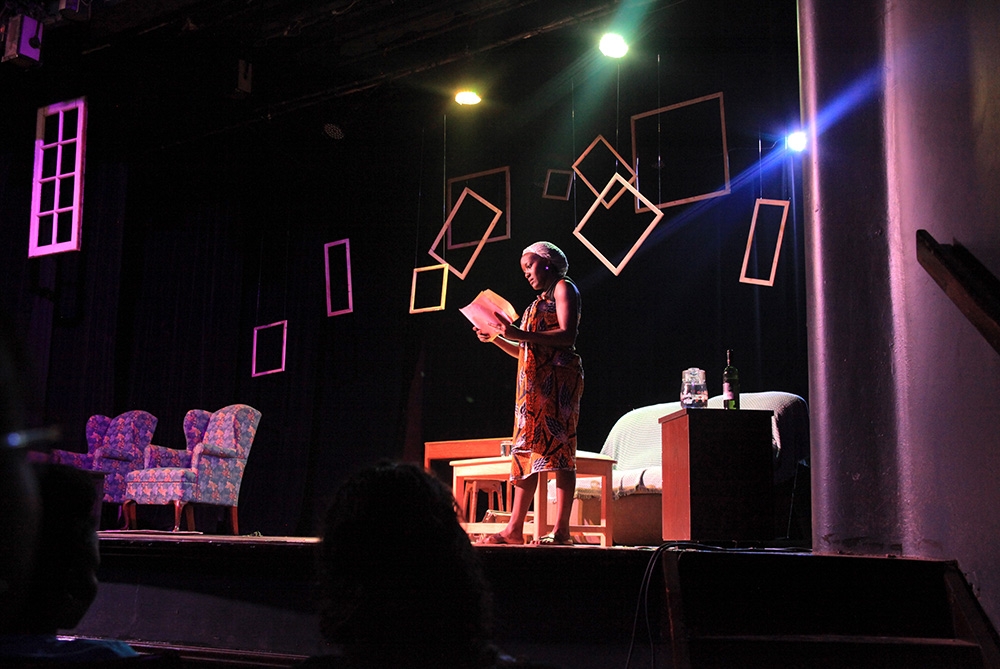 The Betrothal tells the story of a Ugandan woman desperate to find essential vaccines for her baby—and explores how seemingly small acts of corruption affect others.

“It was a huge, learning experience,” Bhagani said. “As a student, to direct professionally before I’ve even graduated, it was a very humbling experience.”

Bhagani further noted that the benefits of collaborating with NYU alumni. Both she and Kisaka had trained under the same professors, notably Tisch Drama Chair Rubén Polendo, Kevin Kuhlke, and Catherine Coray.

“That established a very solid vision for the production when we started rehearsing,” she explained—a point Kisaka also underscored.

“We have a mutual desire to take theatre in Uganda and Kenya a notch higher,” Kisaka said. “From the moment Karishma sat with us in rehearsal and was able to envision the work the way I and the writer had hoped, it was a done deal. We look forward to having her return and embarking on new and exciting projects with her.”

After its run in Uganda, the show is set to make run in Nairobi, Kenya, in August 2019.