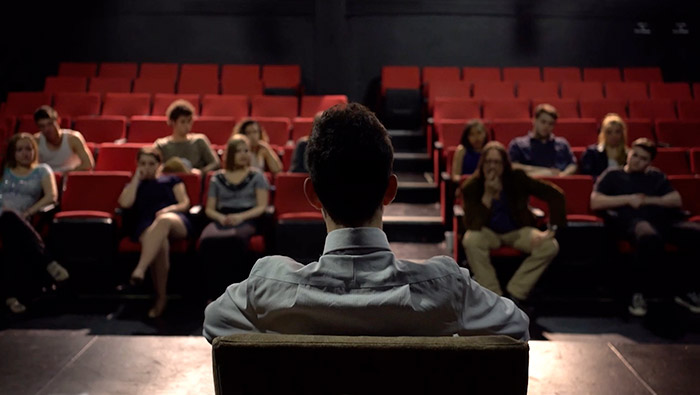 Bill Balzac has been an actor, director, producer, and teacher for more than 25 years. He teaches at the Lee Strasberg Theatre & Film Institute and for Tisch Drama as part of its partnership studio system. After being inspired by the teachings of Lee Strasberg, Balzac co-founded the Hyperion Theatre Group, Soul Productions, and the Hyperion Children’s Theatre. He then formed and directed the Mixed Nuts Improv Company, which performed throughout NYC. Balzac has been a member of the Brooklyn Shakespeare Company under the artistic direction of Geoffrey Owens and appeared as Gately in the New York debut of the two-act version of James McLure’s Pvt. Wars, Directed by Gene Frankel. His directing credits include Israel Horovitz’s The Indian Wants the Bronx in Scotland at the Edinburgh Festival Fringe, the New York premiere of Israel Horovitz’s Sins of the Mother, SubUrbia by Eric Bogosian, and LaRonde, The Laramie Project, Dancing at Lughnasa, Rumors, The Norman Conquests and Into the Woods, all for Tisch Drama. He also recently co-directed Crimes of the Heart and Sunday on the Rocks with Geoffrey Horne. Balzac graduated from Tisch Drama with honors and is a member of SAG/AFTRA and Actors’ Equity Association.

Lola Cohen trained with Lee Strasberg during the last five years of his life and has taught Method Acting for 31 years at the Lee Strasberg Theater & Film Institute in NY and LA and in private classes. Cohen teaches for Tisch Drama as part of its partnership studio system. After Lee’s death, Cohen continued her training with Method actress/teacher Kim Stanley and the acclaimed director Jose Quintero. She has trained and directed multitudes of actors in scenes and plays during her career in the theatre. As a member of Bob Dylan’s Rolling Thunder Review, Cohen made her film debut in Renaldo and Clara in 1975 and in 2009 played Judge Kaplan in Rik Cordero’s Inside a Change, which won best film at HBO’s Latino International Film Festival in 2010. Her directorial credits include A Midsummer Night’s Dream for the Woodstock Youth Theater; Jean Genet’s The Maids at the Strasberg Institute and Lewis John Carlino’s Snow Angel while at the 2009 Artist-in-Residence at SUNY-Ulster. She is also an Associate Adjunct Professor of Law at Brooklyn Law School where for the last 15 years she has taught her class “Intensive Communication Skills for Attorneys.” Cohen's first book, The Lee Strasberg Notes (Routledge, 2010) was done in close cooperation with the Strasberg family and is in multiple printings. Her second book, The Method Acting Exercises Handbook, was published by Routledge in 2017. She has lectured at Pratt Institute, the National Film School of Denmark, the Stanislavski Museum/Moscow and has taught master classes at the American University in Washington, D.C. from where she graduated with a bachelor of arts in education. Cohen was awarded a Fulbright Specialist Scholar designation, 2017-20. She has conducted additional master classes internationally in Milan, Lisbon, Copenhagen, Moscow, and at the Chekhov International School, Melikhovo, where she serves on the faculty.

Tim Martin Crouse has taught Institute and Tisch Drama students since 2005 and has taught in the Young Actors Program since 1989, where he has directed more than 40 productions with the students. As an actor, he has performed in A Midsummer Night’s Dream and All’s Well That Ends Well at the Riverside Shakespeare Company as well as an off-Broadway production of David Mamet’s The Woods. Crouse has recently appeared on the Amazon series pilot The Point. He had the lead in the Nickelodeon series Kid’s Court and the recurring role of Barry on The Guiding Light. He produced many programs for MTV and spent five years as head writer at MTV2. Crouse directed the short film Mousetrap which aired in WNYC and co-directed the short film Tumors for HBO. He also wrote, produced, and directed the independent feature film The Orchard which won an award for Best Suspense Feature at the 2008 NY Independent Film & Video Festival. He also wrote, produced, and directed the upcoming documentary Talking with the Piano Player. Crouse's second feature film titled Redemption on which he is a writer, director, and producer premiered as the closing film of the 2014 Coney Island Film Festival and the New York City Indie Film Festival in the same year.

Geoffrey Horne was born in Buenos Aires and raised in Cuba. He graduated from U.C. Berkeley in 1954, is married and has nine children. Geoffrey studied with Lee Strasberg for many years beginning in 1954 and became a member of the Actors Studio in 1956, the year of his Broadway debut. He made his film debut in The Bridge on the River Kwai. Horne has taught Method Acting at the Lee Strasberg Theatre & Film Institute since 1978. He has directed a number of Alumni/Teacher productions including The Glass Menagerie, A Streetcar Named Desire, and most recently Othello. He is the co-founder of Shakespeare Downtown, a Shakespeare theatre at Castle Clinton National Monument in Battery Park in Lower Manhattan. Shakespeare Downtown produced Romeo and Juliet in June 2016 and Richard III in June 2017.

Jacqueline Jacobus was born in Paris and spent her early years in France and England. When 17, she had the great good fortune to begin her acting studies with Lee Strasberg in his private classes in NYC. Several years later, she became a member of the Actors Studio, where she had the opportunity to work with and be influenced by directors such as Arthur Penn, Elia Kazan, and Vivian Nathan, just to mention a few. As a young actress, she worked extensively in TV, film, and the theatre, both in NYC and Regionally. As a member of the Ensemble Studio Theater she worked along side of playwrights such as Jonathan Ringkamp, Rommulus Linney, and Lyle Kessler as they developed their scripts. Favorite roles were Laura in the The Glass Menagerie, Kim in Mama Sang the Blues, Nina in The Seagull, Florrie in Waiting for Lefty, Emily in Our Town, The Whore in La Ronde, Titania in Midsummer Summer Night’s Dream, and Portia in The Merchant of Venice just to mention a few. Most recently she played Marty in Annie Baker’s Circle, Mirror, Transformation. Jacobus has been teaching acting, and specifically the Method as it was taught to her by Lee Strasberg, for the last 10 years. She is an accomplished pianist who treasures the literature for the piano as much as the literature for the actor.

Debra Wiley is an internationally acclaimed acting teacher, performance coach, and singing voice specialist (MA in Acting and Vocal Performance, NYU) who has taught at the Lee Strasberg Theater and Film Institute for nearly 20 years. Wiley has also taught and directed performers in the U.S. at institutions that include the Juilliard School, Manhattan School of Music, Mannes College of Music, Montclair State University, NYU, Marymount Manhattan College, Harlem School of the Arts, and Henry Street Settlement. She has directed plays and numerous classical recitals, and given master classes and seminars at organizations which include: Disney Theatrical Productions, SAG Conservatory, the Danish State Theater School, the Danish Actors Union, Eklektisk Theater Company, Chamber Music America, Operafest, Songfest, AFTRA@Work, Mannes College of Music, and NYU Steinhardt. As a stage performer, she has been featured with professional companies in New York and regionally across various disciplines, including theatre, musical theatre, opera, and cabaret. Wiley studied and worked extensively with some of the finest teacher/directors of our time, including Lee Strasberg, Irma Sandrey, Ed Kovens, and Wesley Balk (Minnesota Opera).This year, Wiley was again included in Who’s Who Among America’s Teachers.

Ted Zurkowski was made a lifetime member of the Actors Studio by Lee Strasberg where he trained with him. At the Studio he also trained with Elia Kazan, Al Pacino, Harvey Keitel, Shelley Winters and Ellen Burstyn. Zurkowski did his Shakespearean training with Patrick Tucker of the Royal Shakespeare Company. Zurkowski has been an actor, director, producer, screenwriter, as well as a casting associate at MCA/UNIVERSAL where he worked with Bonnie Timmermann. He co-founded the Frog & Peach Theatre Company, a New York City-based Shakespeare company with Lynnea Benson, his wife and fellow Actors Studio member, and served as its Artistic Director and Lead Actor. The Company just celebrated its 23rd season. Zurkowski is thrilled to pass on everything he has learned from Lee to his students.