In 2006, students from the Moving Image Archiving and Preservation Program teamed up with Anthology Film Archives to curate a series of film screenings and produce a collection of essays celebrating the career of film preservationist and experimental filmmaker, Bill Brand. Bill Brand has played a pivotal role in avant–garde film since the 1970s, both as a filmmaker and as a restorer and preservationist. In honor of the 30th anniversary of his archival preservation company (BB Optics), Anthology Film Archives and NYU's Moving Image Archiving and Preservation Program (MIAP) collaborated on a film series and publication honoring his important contributions.

—Excerpted from the Introduction by Howard Besser 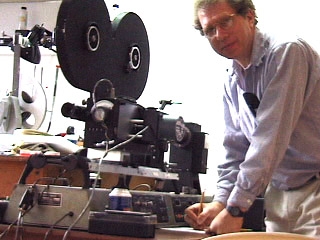 A digital version of the book is available here for academic purposes. The print version is available for purchase at Anthology Film Archives, located at 32 Second Avenue, New York City, as well as through Small Press Distribution. 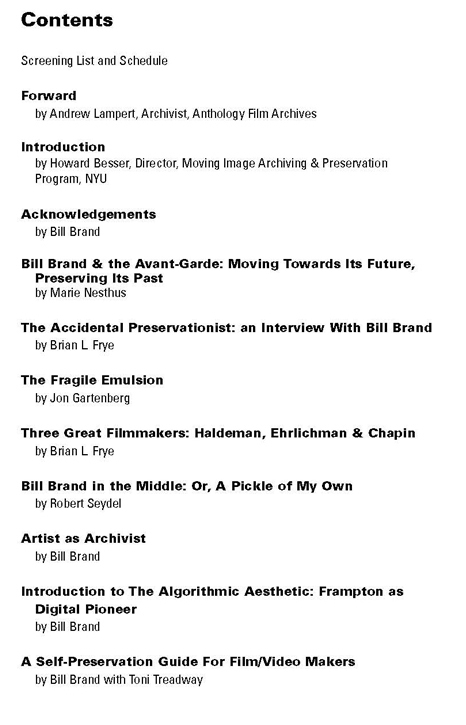