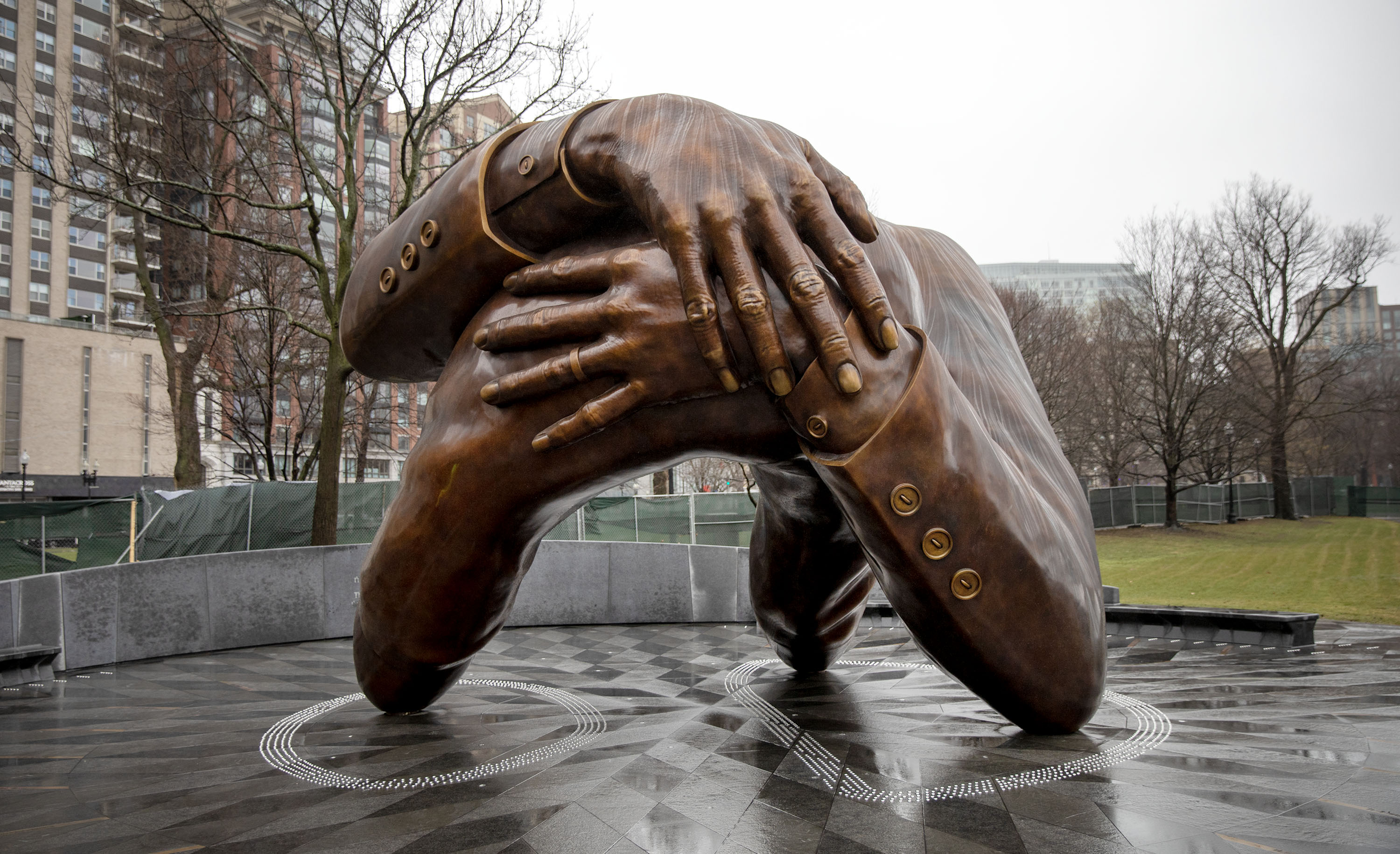 The Embrace is a bronze sculpture in Boston Commons by Hank Willis Thomas '98 (BFA, Photography & Imaging) honoring Martin Luther King Jr. and Coretta Scott King. The sculpture was unveiled on January 13, 2023, commemorating the Kings’ efforts for racial and social equity. The memorial also serves as a remembrance of the couple’s love story that began in Boston.

Thomas modeled the sculpture after a photo of Martin Luther King Jr. and Coretta Scott King hugging after King won a Nobel Peace Prize in 1964. He was selected for the project in March of 2019 out of 126 teams from around the world that submitted concepts.

The Boston Commons has a 400-year old history of civic gatherings, one of which took place on April 23, 1965 when Martin Luther King Jr. stood before a crowd of 22,000 and called for the city to live by its highest ideals.