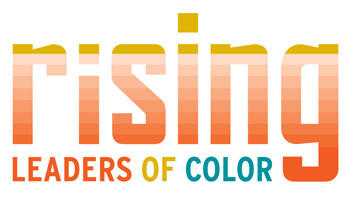 Theatre Communications Group (TCG) has announced the participants in the fifth round of its Rising Leaders of Color (RLC) Program. The program seeks to develop and highlight early-career BIPOC leaders across the country who are committed to upholding equitable practices in the field, and transforming national theatre into a more equitable, inclusive and diverse community.

Congratulations to the three talented Tisch alumni selected for this program! For a full list of participants, click here.

Jasmine Johnson '19 (BFA, Drama)
Jasmine Johnson is an administrator, dramaturg, and producer who is passionate about building platforms to uplift the voices of traditionally underrepresented artists. She currently serves as Assistant to the Artistic Director at the Tony-Award winning Williamstown Theatre Festival where she has played an integral role in the new play development initiatives through leading the Summer Literary Department and overseeing administration of the L. Arnold Weissberger New Play Award.This summer, she will step into the newly created role of Artistic Production Associate at Manhattan Theatre Club. Jasmine is a proud native of Atlanta, GA and holds a BFA in Theatre from NYU Tisch School of the Arts.

Peter Kim '97 (BFA, Drama)
Peter Kim is an actor, producer, director and teacher. He has performed on Broadway, Off-Broadway and regionally. Select Film & TV credits: The 40-Year-Old Version (upcoming on Netflix/Sundance Film Festival 2020 Award Winner), Saturday Church (Tribeca Film Festival Audience Award), Sex and the City, “Chicago Med”, “Ugly Betty”. As Associate Producer of NAATCO, the company has received OBIE awards and Drama League and Drama Desk Award nominations. He is a Steering Committee Member of AAPAC and a Lecturer in Theater at Princeton University. He holds an MFA in Acting from the Yale School of Drama & BFA from NYU. @peterkimpeterkim

A'shanti Tyree '15 (BFA, Drama)
A’shanti Tyree is an artist and arts administrator with a keen interest in development. As the Individual Giving Manager at Manhattan Theatre Club, she helps strengthen existing donor relationships while discovering other theatre-lovers to support the work of established and emerging playwrights. She holds a BFA in Theatre with a minor in producing from NYU’s Tisch School of the Arts. When she’s not fundraising, she can be found reading, writing and sharing her soulful vocals at venues all over NYC.

We apologize for any omissions. Please email additions or edits to: tsoa.alumni@nyu.edu.