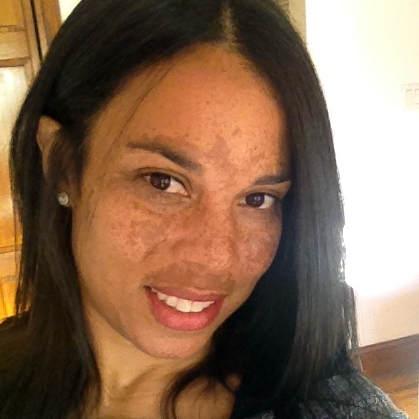 Diana McClure is a photographer, writer and cultural producer based in New York City. Her photographs have been featured in a variety of places, including: The Philadelphia African American Museum, Causey Contemporary Gallery,  Edge Zones Miami, The Los Angeles Times, NYMAG.com, and on numerous film & television sets. Her work is also in the collections of the Smithsonian National Museum of African American History & Culture  and The David C. Driskell Center at the University of Maryland. In 2016 she joined the Department of Photography & Imaging at New York University's Tisch School of the Arts as an Adjunct Instructor in critical studies. Diana’s writing has been published in the NYTimes.com, The Brooklyn Rail, Art in America, ArtAsiaPacific, Art Basel magazine, Friedman Benda gallery, The International Review of African American Art, Photograph magazine, STUDIO: The Studio Museum in Harlem magazine, School of Visual Arts: Visual Arts Journal and the Emilio Sanchez Foundation among others. Diana also creates work that pairs text and image through collaborative curatorial projects, mixed media works and publications, one of which was a finalist for a Creative Capital | Warhol Foundation Arts Writers Grant in the blog category. She has organized these projects online, in print and in gallery spaces. Currently, Diana is co-founder and co-editor of an experimental publishing press, Lazuli Literary Group, and online/print journal, AZURE: A journal of Literary Thought.

Diana received a Master of Arts from The New School for Social Research where she was a recipient of the Diamond Fellowship, and a Bachelor of  Arts from Columbia University. She has also received grants for projects or research from the Mellon Foundation, New York Foundation for the Arts - Artist Project Fiscal Sponsorship, funding from New York State Council on the Arts (2019), and a grant from the Abhaya Yoga Foundation for advanced training in Yoga.