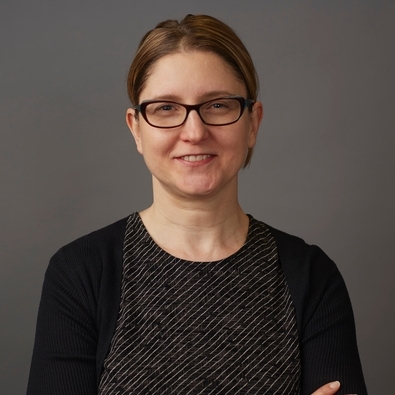 Feminism and Theatre; Major Playwrights: María Irene Fornés; Embodiment in Theory and Practice; Boal and Beyond: The Theory & Practice of the Theatre of the Oppressed; Topics in Performance Studies: Silence; Introduction to Theatre Studies; (In our Honors Program) Women’s Work: Moving Beyond Evelyn Brown;  Intersectional Feminism & Performance; Gender, Performance and the 3rd Wave

Gwendolyn Alker is a teacher, scholar, dramaturg, and curator of events that seek to move between the theory and practice of performance. She has been a full-time faculty member at NYU Tisch School of the Arts in the Department of Drama since 2003, where she teaches theatre and performance studies including classes on gender, Latinx performance and embodiment. From 2013-2017, she was the editor of the national journal Theatre Topics, where she curated and published special issues including “Theatre and/as Education” and “Latinx Performance." As a curator, she created and organized the New York Fornes Festival in and the 25th Anniversary Conference of the Association of Theatre in Higher Education (ATHE). As a dramaturg she supported the award winning film, The Rest I Make Up and the Maria Irene Fornes Marathon at the Public Theater. She has published in journals including Theatre Journal, Drama Therapy Review, TDR, The Journal of Dramatic Theory and Criticism, and Dance Research Journal, and is the former managing editor of Women & Performance: A Journal of Feminist Theory. She has also taught at Princeton University, the NYU Gallatin School of Individualized Study, and at Naropa University. Additionally, she has been teaching yoga asana in New York City and nationally over the last 20 years.