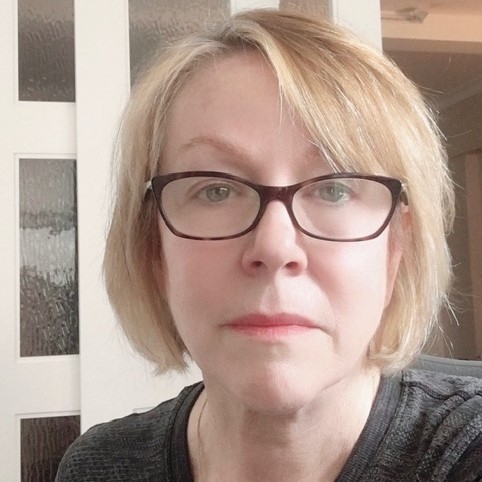 Carol Martin is a Professor of Drama. Her books include Theatre of the Real and Dance Marathons: Performing American Culture of the 1920s and 1930s. She is the Editor of Dramaturgy of the Real on the World Stage, A Sourcebook of Feminist Theatre, and the co-editor with Henry Bial of Brecht Sourcebook.  She is the Guest Editor of four special issues of TDR, “Reclaiming the Real” (2017), “Performing the City” (2015), “Documentary Theatre” (2006), and “Japanese Theatre: 1960s to the Present” (with Kurihara Nanako).

“History and Politics Onstage: The Theatre of the Real” in Not Just a Mirror. Looking for the Political Theatre of Today edited by Florian Malzacher, Alexander Verlag, Berlin & Live Arts Development Agency, London, 2015.

“The Politics of Telling and Workers' Rights: The Case of Mike Daisey” in Theatre and Human Rights after 1945: Things Unspeakable edited by Mary Luckhurst and Emilie Morin, Palgrave, 2015.

“Table on Stage: The Rise of the Messenger” in Performance Studies in Motion: International Perspectives and Practices in the Twenty-First Century edited by Sharon Aaronson-Lehavi, Atay Citron and David Zerbib, Methuen, 2014.

“Jews and Jewishness in Documentary Theatre” in Jews, Theatre, Performance in an Intercultural Context edited by Edna Nashon, Brille, 2012.

“Living Simulations: The Use of Media in Documentary in the UK, Lebanon, and Israel” in Get Real edited by Alison Forsyth and Chris Megson, Palgrave/Macmillan, 2009.

“The Political is Personal: Feminism, Democracy and Antigone Project” in Feminist Theatrical Revisions of Classic Works, edited by Sharon Friedman, McFarland and Company, 2009.

“Justice Outside the Law” in Silence of God by Catherine Filloux, Seagull Books, 2009.

“After Paradise: The Open Theatre’s The Serpent, Terminal, and The Mutation Show,” in Restaging the Sixties: Radical Theatres and Legacies edited by James Harding and Cindy Rosenthal, University of Michigan Press, 2006.

Sexuality edited by Toni Lester, The University of Wisconsin Press, 2002.

“Bearing Witness: Anna Deavere Smith from Community to Theatre to Mass Culture,” in A Sourcebook of Feminist Theatre and Performance, edited by Carol Martin, 1996.

She is the General Editor of the book series “In Performance” published by Seagull Books, distributed by The University of Chicago Press.

Theatre of the real; contemporary live performance, objects on stage; and house museums.

Martin has been awarded a Visiting Professor Fellowship at Tokyo University, Komaba Graduate School of Arts and Science, two Fulbright awards, an NEH, a Mellon, a De La Torre Bueno Special Citation for Dance Marathons, Best Issue of the Year by the Professional/Scholarly Publishing Division of the Association of American Publishers, and travel and research grants from the Adam Mickiewicz Institute, Trust for Mutual Understanding, and Tisch School of the Arts. Martin has been nominated for the teaching award at NYU.