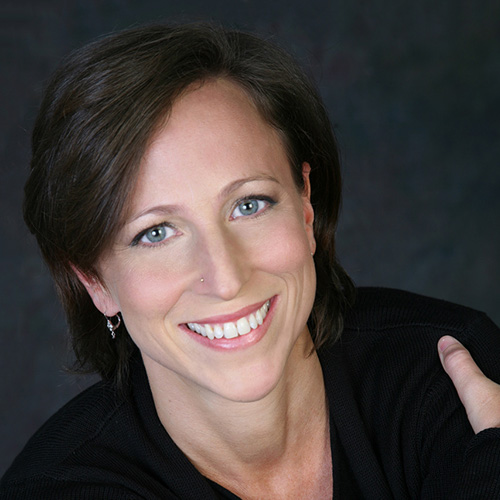 A graduate of NYU Tisch School of the Arts' Department of Drama, where she trained in the Experimental Theatre Wing, Andrea Arden-Reese specializes in physical acting. Reese has been living and working as an actor, director, and teacher in the New York City area since 1987. She has worked with such companies as the New York Shakespeare Festival, the Oregon Shakespeare Festival, Primary Stages, American Stage Company, the National Playwrights’ Conference, the Women’s Project and Productions, New Jersey Repertory, the Shoestring Players (winning the coveted Fringe First Award at the Edinburgh Festival Fringe) and Cafe Theater, Inc., in residence at George Street Playhouse. She has participated in international performance workshops in Paris, Iceland, Amsterdam, and Moscow exploring the work of Jerzy Grotowski, Jacques Lecoq, Michael Chekhov, Joseph Chaikin, Bertolt Brecht, and Commedia dell’Arte. She traveled through Europe and Russia in an original duet performance piece, as well as created, performed, and toured her one-woman show, The Cry of the Children.

Reese is the co-founder of the theater company, Theatre LILA, producing work throughout the country and in residence in New York City. Theatre LILA has an outreach component whose mission is to collaborate with community-based organizations to develop arts programs offering cultural exchange and enabling the building of empathetic bridges within communities. Committed to this mission, she has developed curriculum and lead workshops and performance labs with schools, theaters, and community centers in New York, Massachusetts, and the Midwest.

Reese has served on adjunct faculties at Columbia University and Drew University. She was an artist-in-residence at the Somerset County Performing Arts Conservatory for more than 14 years, where she conceived and directed new works including Exploding Shakespeare, Hamartia’s Children, Alice Underground, Lord of the Flies, and Rivers. She was a featured teaching artist in the Annenberg Foundation/CPB channel The Art of Teaching the Arts video series.