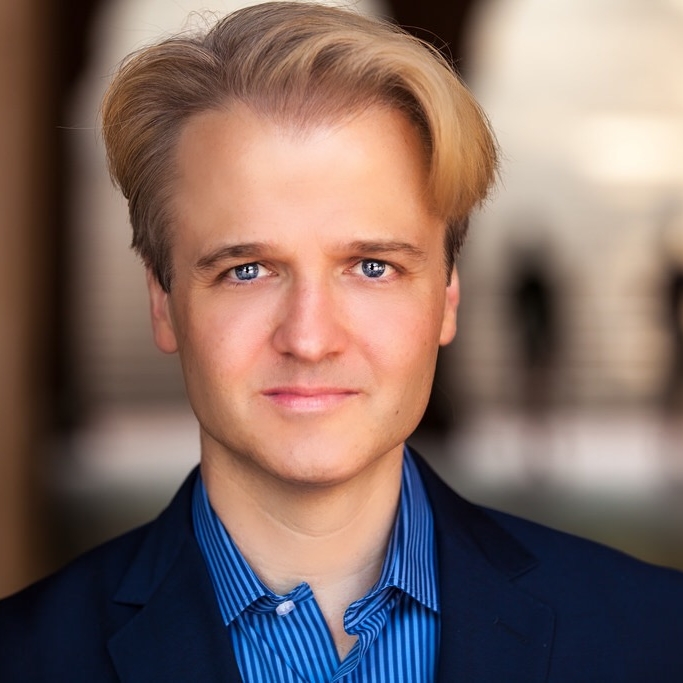 John Carden is the youngest countertenor ever to have been awarded a contract at the Metropolitan Opera. Long recognized for his artistry as an international performer of musical theatre, opera, oratorio, jazz, and cabaret, he is a vocal instructor at NYU Tisch School of The Arts, focusing on musical theatre voice. Carden, a countertenor, received his vocal training from the University of North Carolina School of The Arts. In his senior year, he entered The Metropolitan Opera National Council Auditions, the Met’s competition for promising young singers. In the 108-year history of the Metropolitan Opera, a countertenor had never appeared on its stage. Carden was about to change that, he entered the competition and was one of three winners in the Southeast Regional division, the first countertenor in the history of the competition to do so. As good fortune would have it, Metropolitan Opera executive Lawrence Stayer was also in the audience that day. He invited Carden to a house audition before Maestro James Levine, who in turn hired Carden as a principal artist, adding him to the cast of the critically acclaimed, John Copley production of Handel’s Giulio Cesare, which had been mounted for opera star Kathleen Battle. Carden made history that year as one of the first, and youngest countertenors, to be employed by the Metropolitan Opera. The following year, Carden made his Carnegie Hall debut as the countertenor soloist in Handel’s Messiah. Critic Martin Picker, in his review of Carden's solo concert, The Castrato Diaries, wrote that “Singer John Carden’s strength, especially in the high register, is extraordinary. Carden’s performance was stunning. The large and enthusiastic audience received an encore, a repeat of the last Handel aria, a joyous work with a spectacular cadenza covering a three-octave range going from a potentially glass- breaking high soprano down to a rich baritone.” Two years later, Carden relocated to Amsterdam, and immediately landed work as the countertenor soloist and narrator in the Netherlands’s premiere of avant-garde composer Klaus Huber’s, La Terre des Hommes with The Radio Filharmonisch Orkest. This experience would be the beginning of Carden’s association with composers of new works for countertenor. Carden starred in Daniel Kuttner and Beatrix Ost’s original screenplay, Heart’s Lonely Hunters, which was featured in both the Cannes Film Festival, and Munich Film Festival. In 2011, Carden attended NYU’s Tisch School of the Arts' Graduate Musical Theatre Writing Program. He earned his MFA in 2013, and in 2016, he won the MainStreet Musicals Award for new musicals. That musical, Woody: A New Fairytale was chosen as an Official Selection of the 2017 New York Musical Festival and performed at Playwrights Horizons. A passionate, dedicated voice teacher, Carden has taught throughout America, Europe, and the Highlands of Guatemala. He served on the faculty of the Harlem School of The Arts from 2017-2019, In 2018 he joined the faculty of New York University's Tisch School of the Arts.