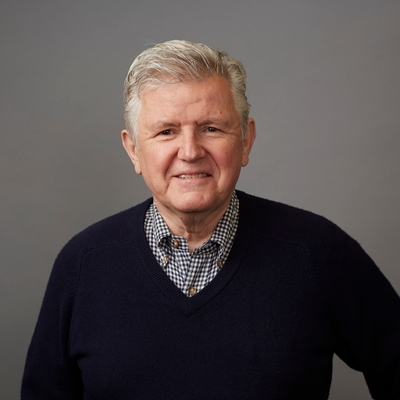 Founder and director of The Classical Studio, Louis Scheeder has taught at Tisch since 1989. He has directed on, off, and off-off Broadway, and at regional theatres in the U.S. and Canada. He served as Producer of Washington’s Folger Theatre Group, was associated with the Manitoba Theatre Centre, and worked with the Royal Shakespeare Company in London and Stratford-upon-Avon.

He has produced three off-Broadway shows, most notably Amlin Gray’s Obie-winner How I Got That Story. He co-authored (with Shane Ann Younts of the Grad Acting Program) All The Words on Stage: A Complete Pronunciation Dictionary for the Plays of William Shakespeare, contributed two chapters to Training of the American Actor, and, most recently, an article entitled, "Thinking Through Drama," for Critical Reading Across the Curriculum.

On behalf of the School, he has conducted acting workshops in Los Angeles, London, Havana, Johannesburg, Cape Town, Singapore, and Shanghai. He is a member of The Factory UK in London, and an Associate Director of both their Hamlet and The Odyssey.