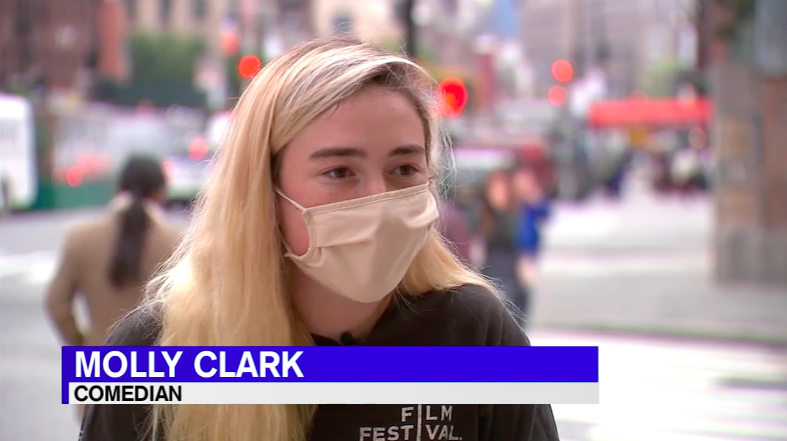 Last month UGFTV alum Molly Clark posted a TikTok video—recorded pre-COVID—in which she performs an impersonation of the iconic MTA subway voice announcements in a Tisch elevator. “This is a northbound elevator, with connections on two, three, four, five,” Clark says in an automated voice. The writer and comedian’s elevator performance was actually an exercise in exposure therapy after she previously experienced a bout of claustrophobia while riding the subway.

"I had never experienced claustrophobia, so I had this weird experience," Clark told New York’s ABC7. "And I am simulating in the elevator, and I did the subway voice because I don't think you realize it, but that voice is actually calming."

After her post gained momentum on TikTok, Clark, who previously assumed the official MTA voice announcements were robotic, received a customized voice message from Charlie Pellett, better known as the man behind the “Stand clear of the closing doors” announcement. Pellet’s message was followed by outreach from two other MTA voice actors and, finally, an invitation from the MTA for Clark to record her signature voiceover at their headquarters.

New York’s ABC7 recently followed Molly Clark on her socially-distanced trip to the MTA headquarters and later interviewed the Tisch alum for a video profile and news story.