Artists in Action: A Student Club Fusing the Powers of Art and Advocacy 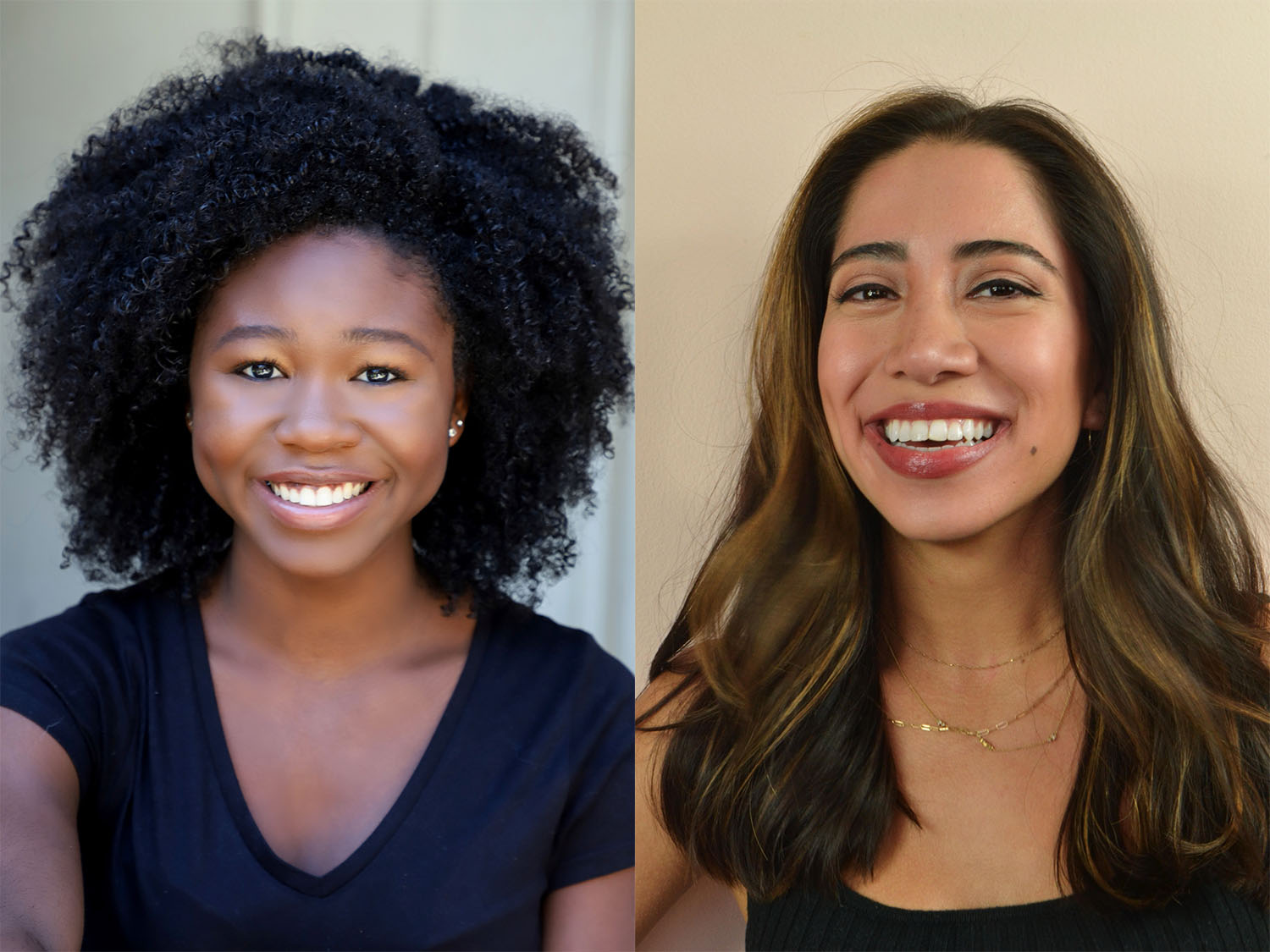 At the intersection of art and activism lies the potential for change. Whether a song or a dance, a film or a photograph, an artful expression of the human experience can awaken both the mind and the heart. It’s in that space, somewhere between moving forward and giving back, where transformation can happen.

Artists in Action (AIA) is a Tisch student club that aims to further meld the powers of art and activism by creating service opportunities and community engagement. From fundraisers to awareness campaigns and more, AIA uplifts voices within Tisch and beyond whose work is spearheading change or making a positive community impact. At the head of this year’s AIA club are Co-Presidents and Tisch undergraduates Maya Moravec ‘22 (Drama) and Jamilah Rosemond ‘23 (Drama), two student leaders whose distinct artist-activist backgrounds are helping guide their club into the future.

In a recent conversation with Moravec and Rosemond, the co-presidents introduced a wide range of programming and collaboration plans for the fall semester, reflected on their journeys to this point, and shared with us the artist-activists who inspire them.

Tell me about your paths to Tisch and why the marriage of art and activism is important to you?

Jamilah Rosemond: I’m a third-year student at NYU and I’m majoring in Drama, minoring in Business Entertainment. I’m currently in the New Studio on Broadway. Before NYU I was involved in various organizations committed to community service. I was also part of an organization called Girl Be Heard, which was the first time I was able to blend my activism, my art, and my passion for performing. I eventually became a paid performer with that organization and we would go to things like Congressional events or the women’s marches and perform our pieces that we created about issues in our world.

I’m still a part of Girl Be Heard, but of course I wanted to get involved at school as well. I originally came into Artists in Action as a Vice President and I brought in Girl Be Heard—we did two workshops with them. This year Maya asked me to be co-president with her and I am very excited to take that on!

Maya Moravec: I’m also a Drama major and I did my primary at the Experimental Theatre Wing. I was there for two years and then I moved to Stonestreet Studios this past summer. My junior year I was taking that time to fulfill a lot of class requirements for my minors, which are Business of Entertainment, Media and Technology (BEMT) and film production. Now I’m at Atlantic Acting School and will be there for the rest of this year before graduating.

In high school, I was a founding member of my school's Student Philanthropy Initiative, which raised money for a grant given annually to a Chicago nonprofit. I became involved with Artists in Action as a freshman in 2018 when I was fortunate enough to meet with AIA founder Kayla Zanakis. Something that’s been very important to me since starting out is fusing my artistry with activism and giving voice to organizations or people that aren’t being heard. When I first started out with Artists in Action I was the head of the research and development committee, which involved taking organizational tools and knowledge of different activist organizations around the city and presenting them to the club.

What are some of the ways that AIA supports and empowers student artist-activists, and what collaborations are you excited about this semester?

Maya: We recently solidified the three organizations that we’ll be working with during this semester. The first is called Groove With Me, a dance studio based in Harlem. Their mission is to give kids who have parents who are working late or working long hours something to do afterschool that is creatively fulfilling. The organization brings in guest teachers with a variety of different dance styles and we hope to be able to contribute to that.

We’re also going to be working with the Cherokee Nation Film Office. Our Research and Development Director Jordan Flippo proposed that collaboration and is in conversation with the office about what it will look like. Finally, we’ll be working with Artists Striving to End Poverty. A close family friend is involved with that organization so there are ongoing conversations there as well about how best to help the group.

Beyond that, we are doing artist highlights every Monday on Instagram. They are typically student activists, but we occasionally highlight professional artist-activists as well.

Who is an artist-activist that you hope to emulate?

Maya: Angelina Jolie. The women that she often plays aren’t endowed with a superpower, so it comes down to smarts and physical ability. Her large mainstream platform has been a means of hers to be able to fundraise and make change on a wide social and political level for issues such as children’s education and health.

Jamilah: I have two. First I would say Viola Davis. I had the pleasure of interviewing her last semester and she’s such an inspiring woman in the way she motivates young artists and uses her platform to amplify the voices of Black women. She’s very mindful of the roles she plays; she’s always empowering a Black woman.

How can students connect with AIA for potential support or to get involved with the club?

Jamilah: We really try to engage people on social media and through our newsletter. Contact us through NYU Engage or on social media if you’re looking for help on a project. Last semester we did an open meeting sit-in for people interested in getting involved, and we plan to do the same this semester.

Maya: We always encourage people to visit our social media where you’ll find the AIA project form where people can submit ideas for artists and activists to work with. We also have our mailing list, which can be subscribed to via our Instagram bio link.

< Previous UGFTV Professor Susan Sandler's "Julia Scotti: Funny That Way" is a Raw and Renewing Trans Comeback Story Next > Boxing as Performance: How a PhD Student is Reimagining the Way We Interpret Sport