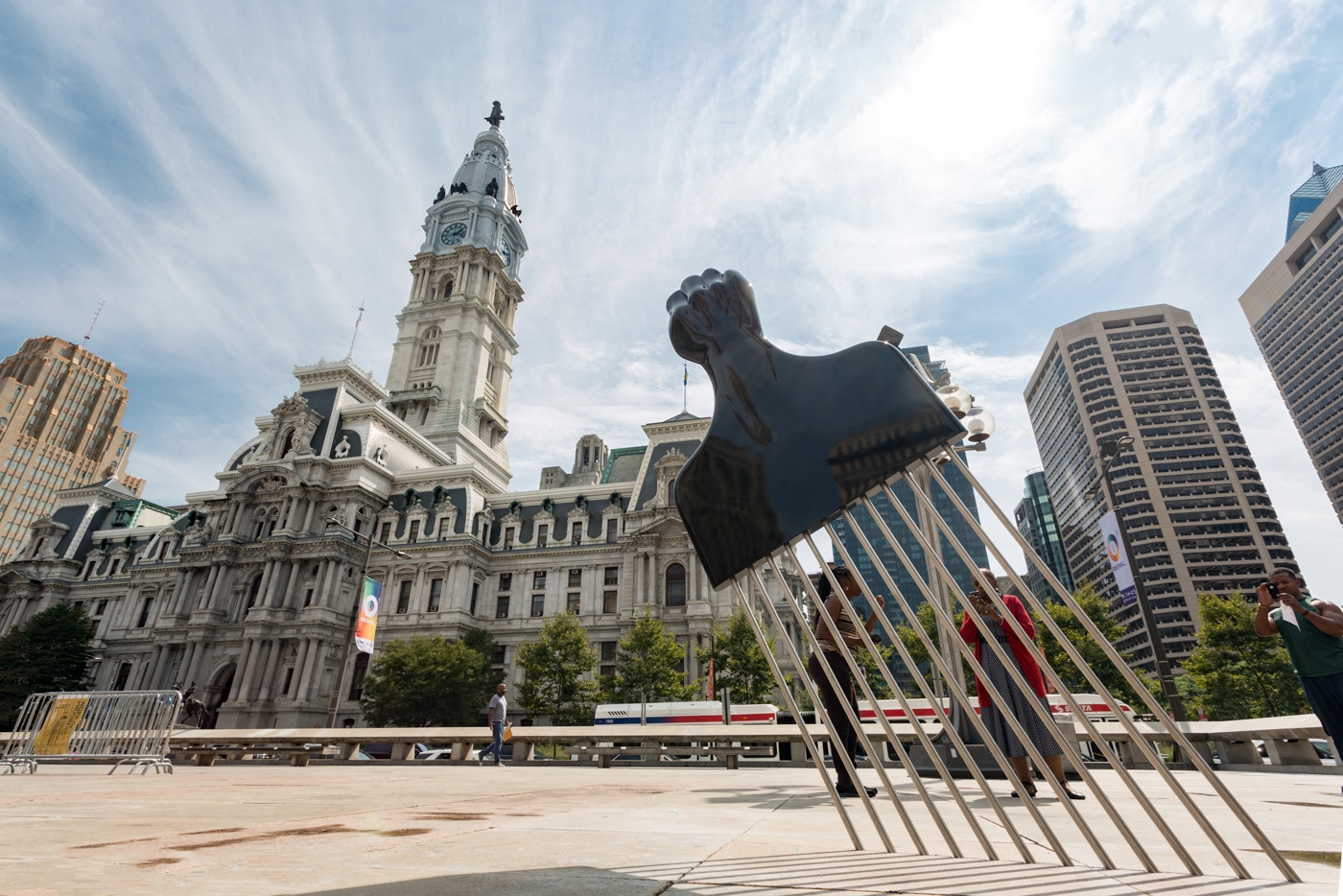 All Power to All People, by Hank Willis Thomas, as part of Monument Lab. Photo by Steve Weinik for Mural Arts Philadelphia.

Hank Willis Thomas, a 1998 alumnus of Tisch Photography & Imaging, recently unveilled a large-scale sculptural installation entitled All Power to All People on Philadelphia's Thomas Paine Plaza. The piece takes the form of a giant Afro pick, with a handle shaped like the iconic Black Power raised fist.

Speaking about the Afro pick's significance, Thomas stated "[it] exists today as many things to different people: it is worn as adornment, a political emblem, and signature of collective identity. The Afro pick continues to develop itself as a testament to innovation."

Thomas Paine Plaza is also the site of an infamous statue of reviled former mayor and police chief Frank Rizzo. For years, and with a renewed intensity in recent months, activists have been calling for the removal of the Rizzo statue on the grounds that it represents and perpetuates Rizzo's legacy of racism and bigotry. All Power to All People confronts its neighboring statue head-on, inviting the public to consider larger social issues.

All Power to All People is a project of Mural Arts Philadelphia's Monument Lab.