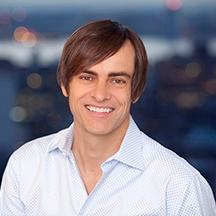 Ulrich Baer is Professor of German and Comparative Literature in the Faculty of Arts and Sciences. He received his BA from Harvard University and his PhD from Yale University before joining the faculty of NYU in 1995. He is a widely published author, editor, and translator, and an expert on modern poetry, contemporary photography, literary theory, and philosophy. Among his many publications are Remnants of Song: Poetry and the Experience of Modernity in Charles Baudelaire and Paul Celan (2000); Spectral Evidence; The Photography of Trauma (2002); 110 Stories: New York Writes After September 11 (2002); Rainer Maria Rilke: Letters on Life (editor and translator; 2005), The Claims of Literature: The Shoshana Felman Reader (co-editor with Emily Sun and Eyal Peretz; 2007); The Rilke Alphabet (2014), and Beggar’s Chicken: Stories from Shanghai(2013). Uli has been awarded a Guggenheim Fellowship, a Getty Fellowship, an Alexander von Humboldt Fellowship, and twice been honored by the NYU Faculty of Arts and Science Golden Dozen teaching award. He writes regularly on photography as a critic and commentator.

He teaches regularly in the Department of Photography and Imaging at Tisch.