Photo: Elisa Lopez from the project "To Lenora, With Love"

SHOW THREE is an exhibition featuring works in photography, digital imaging, and multimedia by 9 graduating seniors from the Class of 2021 in New York University’s Department of Photography & Imaging at the Tisch School of the Arts. It is the third of three shows featuring thesis projects from the Class of 2021 on view in the window vitrines along LaGuardia Place and West 3rd St. at the NYU Kimmel Center (60 Washington Square South).

Roxanne Dierking
I can hear my heart beat

Mental illness is a pressing issue for many people. Though our world is slowly becoming more aware and understanding of it, many groups still treat it far more lightly than they should be or ignoring it completely, inevitably making it worse. As someone who struggles with depression and an anxiety disorder I wanted to give focus to how those manifest in me through some of my most challenging moments.

Panic attacks are very common, many people will have at least 1 in their life but can become more frequent for others. These images are self-portraits taken during my panic attacks over the past few months. My aim is to show a vulnerable moment most people would not see, give a glimpse as to what it is like, as well as create a reflection for myself to see what it looks like outside of my head when I’m in these states.

“Why are there so many gravesites in Jeju Island?” This is the question that inspired me to get started with this project. While looking for the answer, I faced  the history of the Jeju 4.3 Uprising, in which nearly 30,000 people were killed in 1947. The April Jeju Uprising was an incident that caused many civilians’ sacrifices due to the ideological conflict in the Korean Peninsula. The Uprising all began when a boy was trampled by the horse of a police officer while people were marching at the ceremony. The crowd was outraged and those who opposed the police actions requested an apology, but the government designated the protests as a communist uprising. After this, the government announced that 5 kilometers inland from the coast would be considered to be hostile territory. Through this project, I would like to give the victims a voice and commemorate the Jeju 4.3 Uprising.

Elisa Lopez
To Lenora, With Love

In 1998, the year I was born and after the death of my grandfather, my grandmother, Lenora, moved to Chile to live with my family. For as long as I can remember she has been an important part of my life. As my grandmother grows older, I’ve come to cherish the stories she tells and the time spent with her. This project shares moments of intimacy from my grandmother’s past and present lives. My grandmother shares anecdotes from her youth and in contrast images from the present narrate her life today. The project celebrates the nostalgic memories from the past and demonstrates the simple yet blissful nature of her life in the present. Using archival images taken during special, exciting, and significant moments from my grandmother’s youth there is an experience of witnessing intimate moments from a long time ago, in relation to the experience of intimate moments captured today.

Russia annexed Crimea in 2014 and while the world paid attention for a few weeks, the story was quickly overshadowed by other news. It wasn't until President Trump's infamous phone call with President Zelensky that Ukraine made headlines again, despite a bitter war with Russia that had been raging for years. And now that the impeachment trial has ended, coverage of the conflict has disappeared, yet the war has continued to impact millions of people.

"Ukraine: Losing Homeland" attempts to humanize the Ukrainian conflict by addressing the question of homeland and bringing attention to the individuals affected by the conflict rather than the American domestic politics. Those presented here include soldiers, women who volunteer to drive ambulances for the military, internally displaced families, and human rights investigators.

"Pixel Play" is an exploration of the way shape, line, and palettes of color function in the digital realm. The series is built on a foundation of abstract photographs manipulated with graphic elements. Created with a digital camera, processed with software, and experienced through a screen, the work prompts the viewer to consider the influence of technology on modern image capturing and abstraction.

Anyone above the age of 21 can simply go to Walmart and pick up a gun, no questions asked. The hundreds of shootings that have gone on in our country is astonishing. There should have been serious gun regulation reform after the first event occurred. With hundreds of innocent people dead and the easy ability for anyone to buy a gun, it may soon be up to the individual to protect themself. I wanted to show how the effect of guns has drastically changed the way in which we live our lives and how it can produce fear of where a tragedy can occur at any moment and to anyone anywhere. Whether it be at a supermarket, a park, or a religious institution, gun violence is an issue that continues on in our country.

I was a spectator in Tibet. I recorded what I saw, including scenery which I thought might enhance my audience’s understanding of this project. True, my photos may include some bias that city people have about Tibet, but also admiration, for Tibetan people’s possibility to behave themselves. As for myself, these images can always remind me of a time to indulge in an inner-journey getting away from the hustle and bustle of cities and finding who I am.

Noa Eden
Re-Imagining the Past II

"Re-Imaging the Past II" is an ongoing series, exploring the Art Deco era within Buffalo, New York in the 1920s and ‘30s. The photo series investigates female-dominated narratives of fictionalized characters going through the chronicles of everyday life during this period. The intent is for viewers to want to get behind the facade of these women and ask: who was she? Why is she here? What does she want? The images aim to go beyond a tableau vivant-like picture, and call for the viewer to truly engage with this time-specific narrative. This series aims to portray these female characters as something more than just a beautiful asset to a male-centric history, but rather a vital, substantial part of this beautiful era. I am hoping viewers re-image and reimagine these female figures as I place a contemporary viewpoint on these fictionalized characters within the 1920s and ‘30s.

Beste Zan AKA Zanny
Fire of Istanbul; Where the Wild Things Roam, and Sometimes Break Out

This project is a personal feminist letter to home, to my roots. Growing up within Turkish oriental culture, this project is my interpretation of my identity as a young female Turkish artist. "Fire of Istanbul” is alive and it is always within me, wherever I go it will be present inside of me. 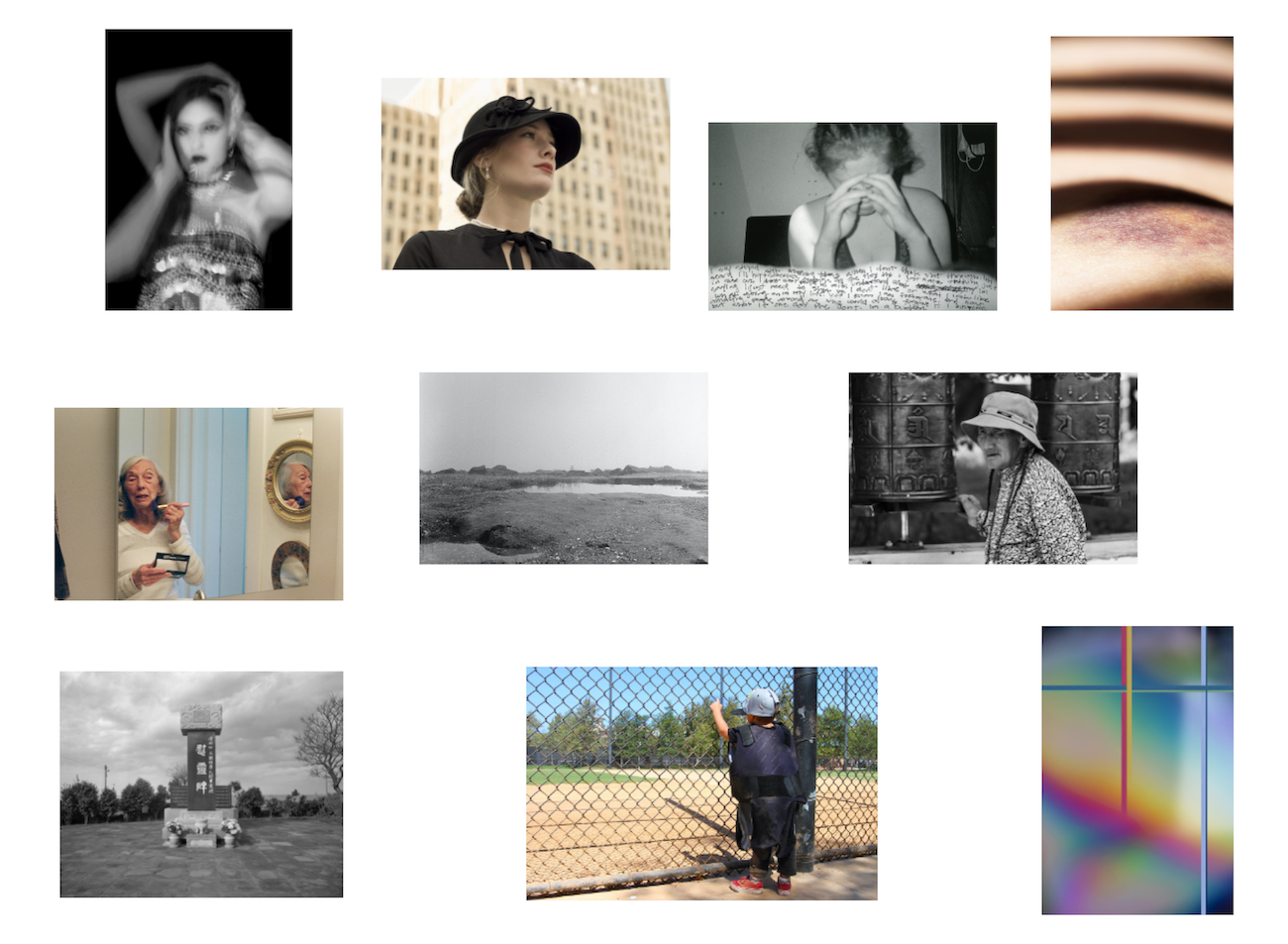 Excerpts from the projects featured in DPI Senior Show Three 2021

The DPI Senior Catalog is an annual publication produced by and featuring the works of the entire graduating Photography & Imaging class.