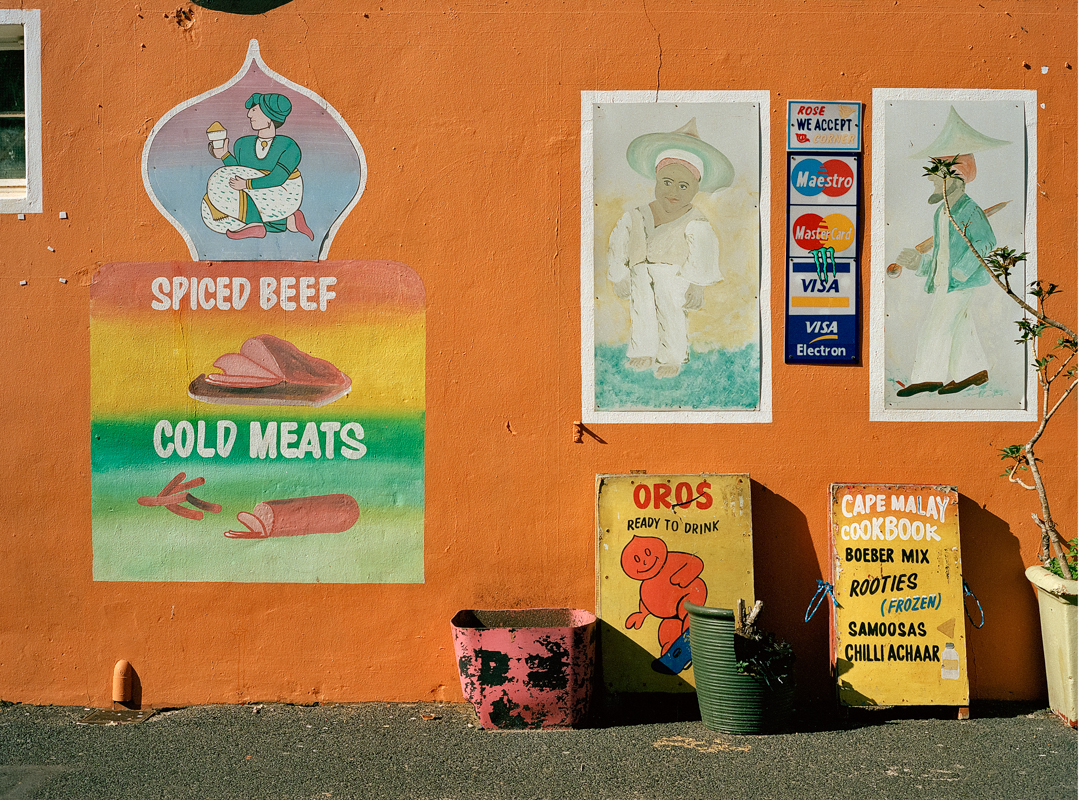 Photo: Ayesha Kazim from the exhibition This Home of Ours

The first of three shows featuring thesis projects from the Class of 2021 on view in the windows at the NYU Kimmel Center (60 Washington Square South) along LaGuardia Place and West 3rd St.

SHOW ONE is an exhibition featuring works in photography, digital imaging, and multimedia by 11 graduating seniors from the Class of 2021 in New York University’s Department of Photography & Imaging at the Tisch School of the Arts.

SHOW ONE is the first in a series of three BFA exhibitions of the work of the entire 2021 graduating Photography & Imaging class.  It is installed in the 13 sidewalk-facing window vitrines of the Kimmel Center and will remain on view through March 1st, 2021.

Ellie Bates
Design Through Time
There were hippies and disco, Jackie Kennedy and Madonna, “Miami Vice” and “Friends”. All decade defining icons. We know them today because they live among us. Through social media, streaming services, and the internet, history is at our fingertips.
There is an admiration to the past in terms of clothing, art and style that is undeniable. Magazines are imitating old graphics, designers are taking steps back and paying ode to original fashions, photo filters are being created to make a post look “retro”. When you walk down the street, most twenty-somethings are wearing their parents' clothes or shopping at a thrift store.
This obsession with the past is the basis of this collection, combining graphic design, fashion and photography into one final product.
For each photograph, a garment was hand-painted with decade specific graphic elements, and photographed imitating iconic fashion photography from the 60’s, 70’s, 80’s, 90’s and 2000’s.

Matt Bernstein
Looking?
In "Looking?", Matt Bernstein explores his personal relationship with the often hidden issues affecting gay men. From meth use to the disdain for femininity, Bernstein visualizes the dissonance between a post-marriage equality mainstream depiction of gay life in America versus the lived reality of many within the community. By putting jarring messaging in public spaces, Bernstein aims to create a nuanced public perception of a community whose struggles never started nor ended with the legalization of marriage.

Natasha Fradkin
Modern Antiquity
Past and present, antiquity and modernity. This project pulls from photographic history to create new work that remains connected and inspired by its past in the modern day. I challenge the idea of a single self, a single existence, and a single being through these images, while also questioning what traditional modernity and femininity is. I bring in traditional analog photography to add layers to the once male-run medium, as well as utilizing the same medium as a nod to photographic history, and a duality of self; what a person looks like on the outside does not mean that is what they are on the inside. This work was made to not only reflect me— my dualities, my questions, and my perspectives—but also to cause introspection within its viewer.

Andrés Guerrero
Huellas en la Frontera (Footprints on the Border)
Migrant flow from Latin America has always been a topic of debate in the United States. Motives such as violence, insecurity, poverty, and family reunification drive people to make the arduous journey from their home country to the United States. Families continue to risk their lives and freedom to cross the Mexico-United States border and live undocumented. Huellas en La Frontera attempts to reference culture, history, and lived experience. To amplify these references, the compositions include self-portraits where I occupy the landscape in my U.S. Air Force uniform to evaluate my experience in the United States as someone who crossed the border in Brownsville, TX as a child, lived undocumented, and served in the military.

Grace Hinchen
Surf Montauk
Surf Montauk provides a glimpse of what life was like in Montauk, NY during Summer 2020, taking into account the widespread repercussions of COVID-19 and the community support for the Black Lives Matter movement. It also highlights the unique surf culture that lies at the heart of Montauk. The importance of surfing, the significance of the ocean, and the passion for the beach become the subtext in each of these photographs. Surf Montauk is the culmination of five months' work spanning from May to September of 2020, during a time that will forever be in the history books and when surfing served a purpose much larger than itself.

Ayesha Kazim
This Home of Ours
“This Home of Ours” serves as a contemporary time capsule of the Bo Kaap neighbourhood’s rich history within Cape Town, South Africa. At a time when both an influx of foreign residents and the COVID-19 pandemic are endangering the livelihood of many residents, this series seeks to provide a platform of visibility that amplifies the voices of community members and chronicles their experiences for generations to come. In paying homage to the individuals that raised me during my childhood, I returned to this community as a young adult with the aim of capturing these individuals through familial, intimate portraits in which I hope viewers will see themselves and their family members reflected in the work. By illustrating Bo Kaap as more than its mesmerizingly colorful facade and its monetary value as a point of prime real estate, I aim to elucidate outsiders to its distinct character and its residents’ strong sense of unity.

Shelby Kraut
Rapture
This series of photographs reflects on the human capacity to experience a sense of divine beauty and wonder within our modern dystopia.  For many, it would not be hyperbolic to say that we have been living through a time that feels apocalyptic. We are being forced to grapple with some of the most extreme existential threats humankind has ever faced while, for the most part, going about our normal lives. This project explores the wide range of emotions that this state of mind brings about, and how this can be evoked visually.
So many landscapes of the United States, to me, house a profound dissonance. These landscapes hold memories and sensibilities that often feel completely disconnected from our current world. What do we do with these ghosts of former ways of living, and what does it mean to live among them?

@routhemartian
the new aristocrats
The noun “Aristocracy" has been a term that’s encompassed many cultures throughout history. Creating A hierarchical structure based on financial wealth , real estate and the gift of divinity. The term “aristocrat” comes from the Greek word aristokratia, meaning 'rule of the best’. What is the best and who is given the power to declare it ? – great question! History has taken it open themselves to place people of color as the inferior class. In Western art and religion, the “highest” – i.e. “the best" - class is populated by individuals of Caucasian descent . As they sat on their thrones, forcing people of color into submission , normalizing the idea that people of color were only created to be tools of service. This way of thinking has not only become a prevalent theme in history books, but it has also transitioned into modern art and fashion . People of color are rarely pictured as the Aristocrats ; instead, they are seen as a bottom group of subspecies
Fashion brands like Gucci are still found guilty of creating themes of aristocratic imagery but strictly limiting it to people of Caucasian descent. With this new photographic series Rou brings you, The New Aristocrats, A Black and White portrait series redefining the historical Aristocratic Portrait. With Fashion, Music, Literature and Cinema being heavily influenced by diverse ethnic cultures, who really fuels society?

Shina Tser-shiuan Peng
「ハーフ」ha-fu
「ハーフ」is an ongoing documentary series that photographs and interviews mixed Japanese race individuals residing in Japan. In the interviews, ha-fus share their story and also recount ostracizing experiences that vary from passive comments to overt racism. Oftentimes people are unaware how their comments and actions can be discriminatory. And though they may seem insignificant for the person doing it, those who experience it are repeatedly reminded that they do not belong. These moments can shape the perception of the ha-fus’ multicultural identity. Many ha-fu may say that they don’t belong or that they don’t fit the stereotype that is perpetuated by the Japanese society for mixed individuals. And though that can be packaged as negativity, it is a reflection of social ideologies that exist globally. Our attention and questions should be directed to the society that expects multicultural individuals to fit into a singular cultural and national narrative.

Katina Pennington
Woodlawn
Communities aren't stagnant; they are constantly changing because of the differences in the values of the residents. These changes create a new identity. Located on the Southside of Chicago, Illinois, Woodlawn was once considered a “community of last resort” because of the years of disinvestment. However, the residents of the neighborhood collectively worked together to make Woodlawn more visually appealing. What was once a neighborhood consumed by abandoned lots is now one full of gardens that create a space for social cohesion and renovated buildings. However, the spaces that remain abandoned and the buildings that still stand are rich in character and illustrate what the neighborhood was like in the past.
Woodlawn is a project that explores my perspective of the neighborhood that I have called home for fifteen years. While focusing on and appreciating all of the different characteristics of my community, urban greenery became relevant. It creates a sense of inclusivity and nurture in a neighborhood. Each area illustrates traces of the inhabitants of this community and those that have lived there before. By exploring these different spaces, I aim to bring attention to the way greenery elevates urban neighborhoods. 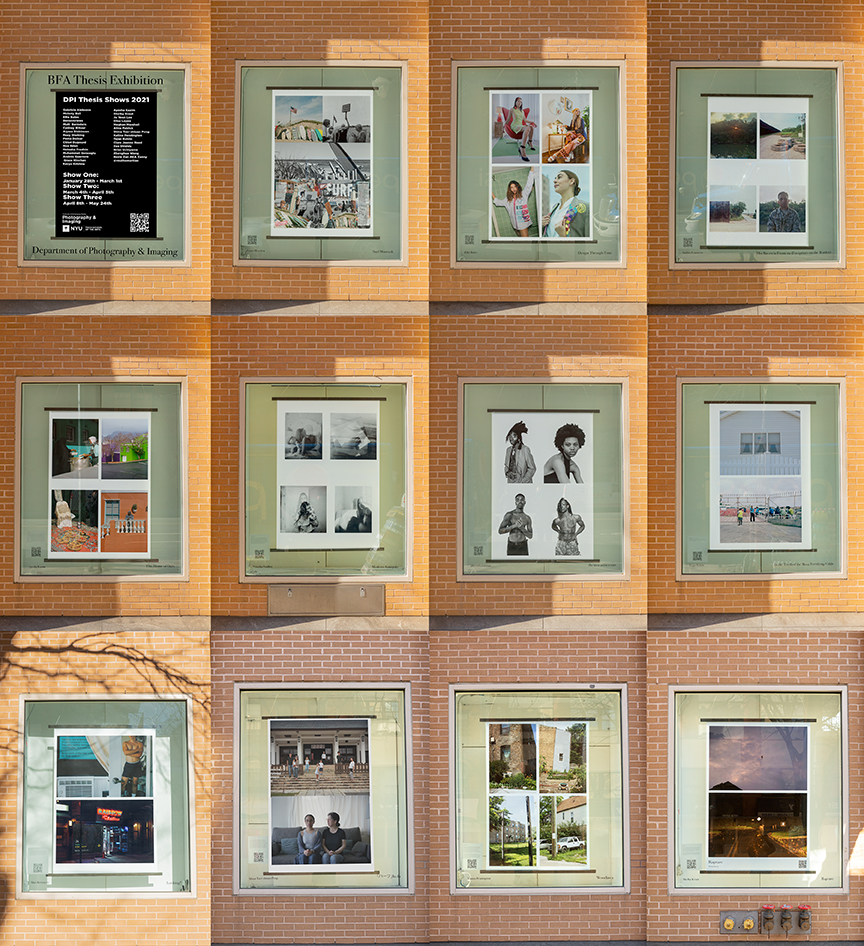 The DPI Senior Catalog is an annual publication produced by and featuring the works of the entire graduating Photography & Imaging class.