On Feeling Good: In Conversation with Dr. Deborah Willis and Tyler Mitchell 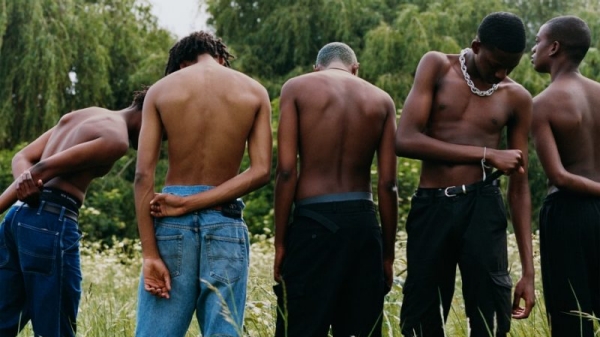 Mitchell is a photographer and filmmaker living and working in Brooklyn. In 2018, he made history when he photographed Beyoncé for the cover of American Vogue’s September Issue. Willis has followed his work closely, and in her research and teaching, she covers many themes similar to those Mitchell photographs. In their discussion, she will contextualize his work from a historical perspective.

Presented as a part of Photoville, returning for its eighth year, in picturesque Brooklyn Bridge Plaza, from September 12-22, 2019. Located in Brooklyn Bridge Park in DUMBO beneath the majestic span of the Brooklyn Bridge— will be transformed into an immersive photography village populated by 90+ shipping containers repurposed into galleries.

Photographer Deborah Willis, Ph.D, is University Professor and Chair of the Department of Photography & Imaging at the Tisch School of the Arts at New York University, where she teaches courses on photography, iconicity, and cultural histories visualizing the black body, women, and gender. Her research examines photography’s multifaceted histories, visual culture, the photographic history of Slavery and Emancipation, and contemporary women photographers and beauty.

She received the John D. and Catherine T. MacArthur Fellowship and a John Simon Guggenheim Fellowship. Willis is the author of Posing Beauty: African American Images from the 1890s to the Present , and co-author of The Black Female Body: A Photographic History, Envisioning Emancipation: Black Americans and the End of Slavery, and Michelle Obama: The First Lady in Photographs (both titles are NAACP Image Award Winners).

Professor Willis’s curated exhibitions include: In Pursuit of Beauty: Imaging Closets in Newark and Beyond, at Express Newark, Let Your Motto Be Resistance: African American Portraits at the International Center of Photography, and Reframing Beauty: Intimate Moments, at Indiana University.

Since 2006, she has co-organized thematic conferences exploring imaging of the black body in the West, such as the conference titled Black Portraiture[s], which was held in Johannesburg in 2016. Professor Willis’s work has appeared in group and solo exhibitions, domestically and abroad.

Tyler Mitchell (b. 1995, Atlanta, Georgia) lives and works in Brooklyn, New York. He received a Bachelor of Fine Arts from New York University’s Tisch School of the Arts in film and television. His work crosses genres and boundaries in image making, as he ​utilizes the tools of documentary reportage, portraiture, fashion photography, art photography, and filmmaking.​

In 2015, he self published his first photo book, El Paquete, which documented architecture and skateboarding scenes in Havana, Cuba. In 2018, he made history as the first black photographer to shoot the cover of American Vogue, by shooting Beyoncé for the magazine’s September issue.

Across photography and film he has also worked with publications like Teen Vogue, British Vogue, AnOther Magazine, and i-D Magazine. He has worked with commercial brands such as Prada, Calvin Klein, Marc Jacobs, Mercedes Benz, and Givenchy. He has given lectures at Harvard and at ICP Museum.

Notable press features include: the Forbes 30 Under 30, the Business of Fashion 500, The New York Times, and Artsy’s list of people who shaped visual culture in 2018. He has exhibited in group shows with Artsy, Red Hook Labs, and Aperture Foundation.

Most recently in 2019, Mitchell had his first solo museum exhibition titled I Can Make You Feel Good at Foam Fotografiemuseum Amsterdam, featuring both his photography and film works, new and old.