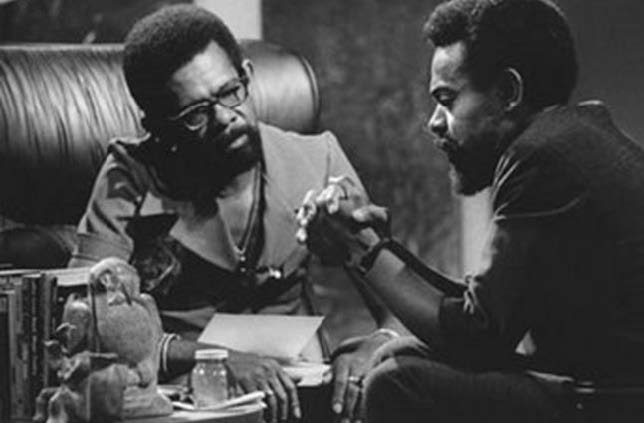 Right on the heels of the Civil Rights Movement, one fearless black pioneer reconceived a Harlem Renaissance for a new era, ushering giants and rising stars of black American culture onto the national television stage.

He was innovative, political and gay.

In his personal fight for social equality, this man ensured the Revolution would be televised.

The man was Ellis Haizlip. The Revolution was SOUL!

Haizlip was the host and executive producer of SOUL!, the first “black Tonight Show.” In 1968, SOUL! was launched as a local, New York broadcast. In 1969 the series rolled out nationwide on PBS, on WNET Channel 13. By 1973, Haizlip had produced over 130 hour-long shows featuring a dazzling array of A-list guests: Sidney Poitier, Harry Belafonte, James Baldwin, Stevie Wonder, Maya Angelou, Ashford and Simpson, Nikki Giovanni, Al Green and Muhammad Ali -- even a sixteen-year-old Arsenio Hall doing magic tricks. Mr. SOUL! (2018, 1:30 min) invites us behind-the-scenes of this groundbreaking phenomenon, from its initial conception to its final broadcast, including the very public battle to keep it on the air despite a shifting political landscape.

Filmmakers Melissa Haizlip and Sam Pollard’s Mr. SOUL! start a new dialogue about this critical moment in American broadcast history while offering a nuanced and fascinating portrait of the soul behind SOUL!, Ellis Haizlip.

Sponsored by The Institute of African American Affairs + Center for Black Visual Culture. Co-sponsored by Tisch School of the Arts Department of Photography & Imaging, Department of Social and Cultural Analysis and For Freedoms 50 State Initiative