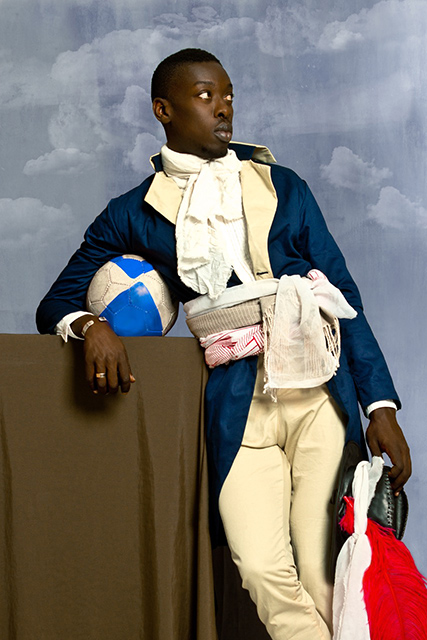 This two-day event reconstructs a selection of panels from the most recent conference in the series held at Villa La Pietra in Florence, Italy here at New York University's Washington Square campus.

Black Portraiture[s] II: Imaging the Black Body and Re-staging Histories, explored the impulses, ideas, and techniques undergirding the production of self-representation and desire, and the exchange of the gaze from the 19th century to the present day in fashion, film, art, and the archives. Thus, the seventh conference will revisit that amazing experience that attracted over 800 attendees – an occasion that brought together artists and scholars from an assortment of disciplines and practices and offered comparative perspectives on the historical and contemporary role played by photography, art, film, literature, and music in referencing the image of the black body in the West.

Discussions will focus on aesthetics, style, history, and music in describing a sense of place and identity. The conference will also invite visitors to conduct a diverse visual reading of the notion of a black portrait while challenging conventional perspectives on identity, beauty, cosmopolitanism, and community in Africa and its diaspora.  We hope you will join us in New York City!