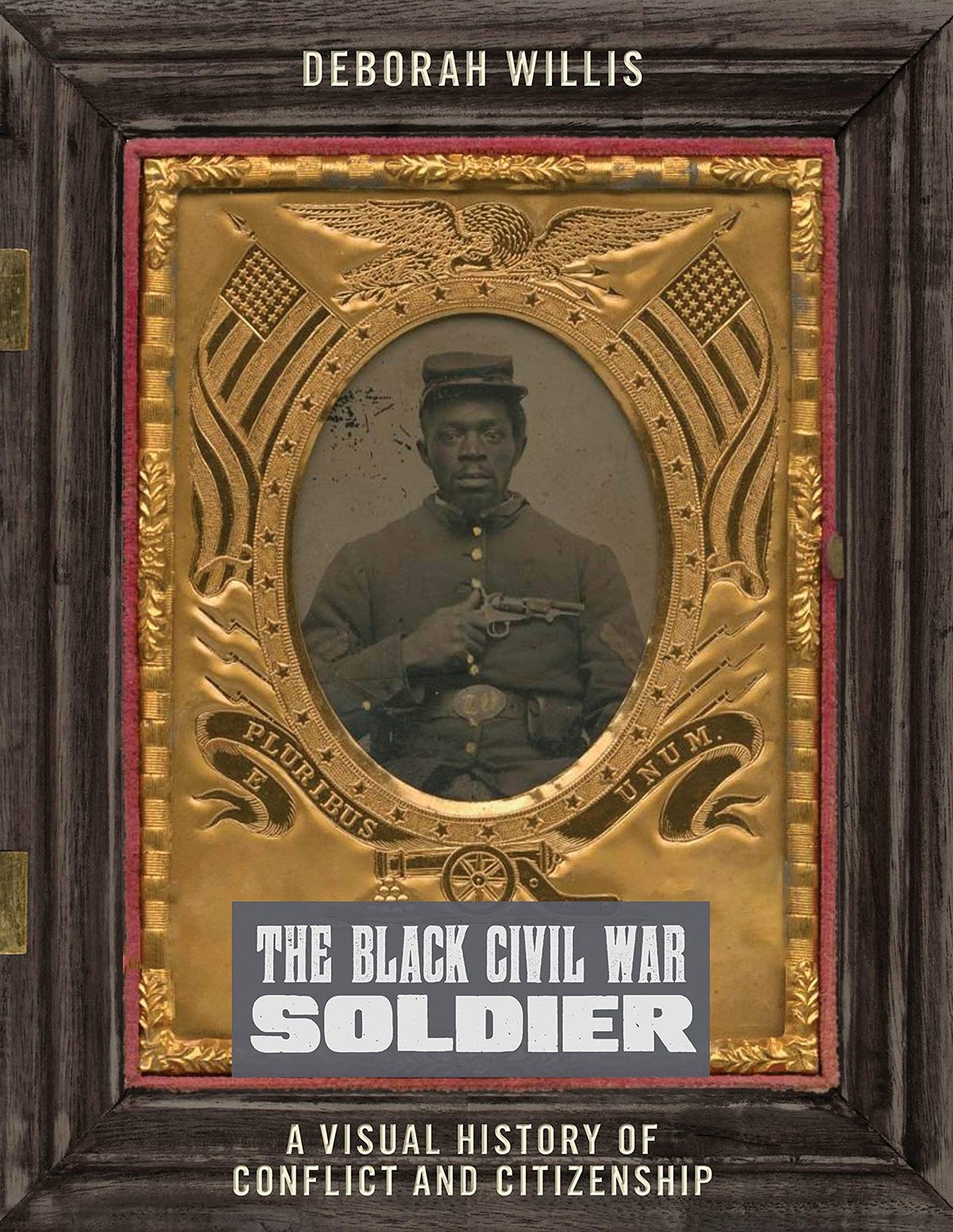 The Black Civil War Soldier is curated by Deborah Willis, chair of NYU Tisch’s Department of Photography and Imaging, and is based on a book of the same name published by NYU Press.

Portraits of black soldiers, whether taken in a photographic studio, on a battleground, or on a campground, are connected to the concept of democracy and citizenship expressed by abolitionist and orator Frederick Douglass.

In this exhibition, Willis seeks to engage that sense of activism and highlight the various acts of courage by black men and women, both bonded and free, during the Civil War, as well as the rewards they received. These are experiences shared by all the soldiers, no matter their backgrounds.

“Memory, personal and public, as viewed through the experience of photography, shaped the history of the black Civil War soldier. This exhibition synthesizes that history—both difficult and desired. We seek out memorials about slavery and the Civil War in the North and the South. We are engrossed in public debates about the relevance of monuments from Stone Mountain to Grant’s Tomb. We visit historic sites such as Gettysburg, the African American Civil War Museum, and the Cyclorama in Atlanta, searching for new stories, and many people attend Civil War reenactments and Juneteenth celebrations, said Willis.

“There is something about looking at images that forces me to question the narratives of the past. I have long been puzzled by the imagery of black peoples, and I have tried to make sense of the story that has been told. Images represent visual responses to what we may have been told about a period and prompt such questions as, ‘How was black male identity formed by images of soldiers in uniform?’,” she continued.

The exhibition draws on Willis’ book in which she learned about the reality of the Civil War from the letters of black soldiers, and the photographs that frequently accompanied them. Black soldiers wrote to and received letters from black nurses and teachers, wives and mothers, girlfriends and daughters, and doctors (who supported and protested the war), as well as white officers and their wives. Some letters were written by the soldiers themselves; others were dictated to an unnamed scribe. They convey the importance of family and family ties, the urgent need to belong, losses caused by the war, and abuses inflicted on enslaved relatives left behind.

By examining diary pages, letters, and news items, Willis builds on the stories that these portraits “tell”—to focus a lens on their hopefulness and the sense of what could be won from loss. These personal memories reach through the decades and centuries to tell us about individual feelings of love and longing, responsibility and fear, commitment, and patriotism.

Kimmel Windows (founded in 2003) is located on LaGuardia Place and West 3rd Street just one block south of iconic Washington Square Park. The Windows exist as a unique cultural destination at the heart of New York University in historic Greenwich Village, providing space for exemplary public exhibits. These 13 ground floor vitrines offer 3 dynamic exhibitions a year. The Windows operate under the umbrella the Provost’s office, at the heart of NYU’s Art in Public Places initiative which facilitates the display of art in outdoor spaces around campus. We offer professionally curated, thoughtful, and engaging exhibitions organized by NYU graduate students, faculty, departments, and programs, resulting in a program that represents the wide range of scholarly discourse at New York University.

The Black Civil War Soldier: A Visual History of Conflict and Citizenship

Free and open to the public, visible 24/7 along the corner of West 3rd Street & LaGuardia Place