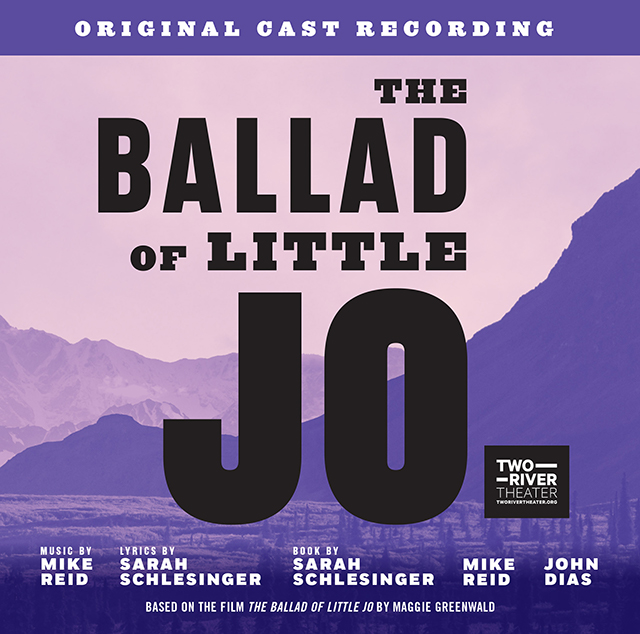 Two River Theater's production of The Ballad of Little Jo, which ran earlier this summer, has recorded an original cast album, set to release November 10.

The Ballad of Little Jo Album Cover The Musical Company

The album is available for pre-order now. Pre-orders will include an immediate download of the track "Unbuttoning the Buttons."

Based on the film of the same name by Maggie Greenwald, The Ballad of Little Jo is inspired by the real-life story of Josephine Monaghan, a young woman woman from Boston who, in the late 19th century, disguised herself as a man to start a new life in an Idaho mining town. The show features music by Grammy Award-winning songwriter Mike Reid ("I Can't Make You Love Me"), lyrics by Sarah Schlesinger, and a book by Reid, Schlesinger, and John Dias.

The Ballad of Little Jo's long developmental process has included a world premiere at Steppenwolf Theatre Company in 2000, a 2003 London production at the Bridewell Theatre, and a 2008 reading at New York's Public Theater. The show is now available for licensing from The Musical Company following Two River Theatre's summer 2017 production in Red Bank, New Jersey.

Members of the cast and band will also gather at Feinstein's/54 Below November 12 at 9:30PM for an album release concert. The $35 tickets include a copy of the CD. For more information, visit 54Below.com.

The album is produced by Sean Patrick Flahaven, CEO of The Musical Company.