ON YOUR RADAR: Haley Anderson 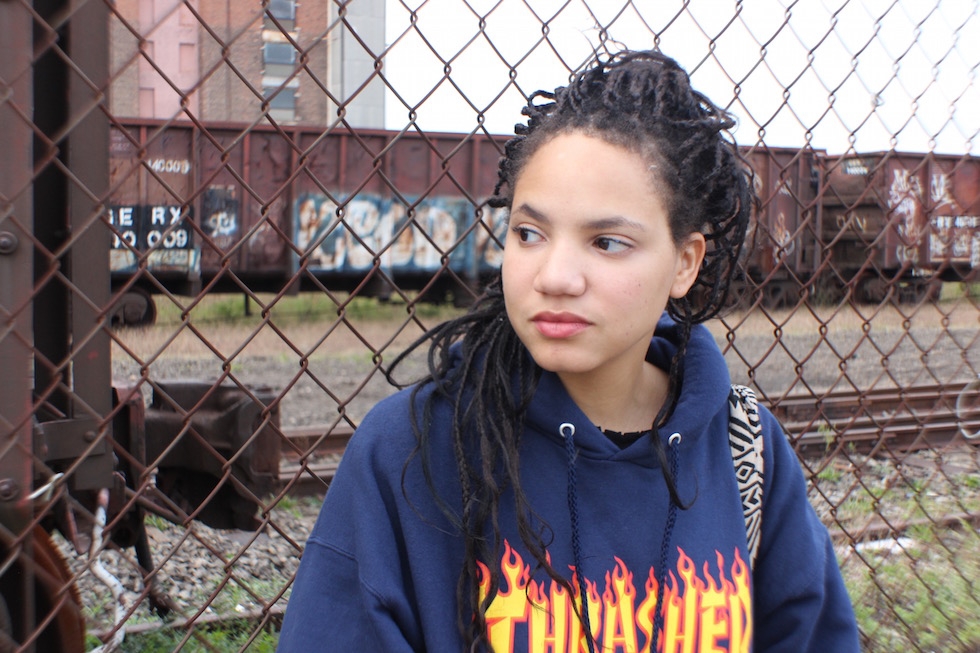 HALEY ANDERSON IS CURRENTLY A 3RD YEAR STUDENT AT GRAD FILM. WE ASKED HER A FEW QUESTIONS AND HERE’S WHAT SHE HAD TO SAY:

I’m from the South. I was born and raised in Houston, Texas. My family moved around a lot when I was young so I became used to being uprooted from different areas within a big city and then changing cities entirely. We went to Louisiana often, visiting my parents’ families, so Louisiana - New Orleans and the really small hidden towns between Texas and Louisiana have a special place in my heart, even with brown watered beaches and refinery towers twinkling in the distance.

I went to college in Austin which is a great little big town - traveling 30 minutes in any direction will land you in vast and rural landscapes. Central Texas is the reason I found it very difficult to shoot films in New York. There’s so much nature and very few rules. If you wanted to shoot in the back of a pick-up truck on an empty road - you could. If you wanted to have someone jump in a spring or run in a field of foot-tall grass, you could do that too. Coming to New York frustrated me because there weren’t any fields or rivers, but I’ve been finding equivalents and making adjustments. However, I want to shoot most of my work in the South -  there’s no substitute to the way light looks and feels there.

I have a large collection of things that usually inspire me and I always find myself recycling back through different parts of the collection at different times. In college, Polystyrene and X Ray Specs were a huge inspiration to me as was Patti Smith and I find myself going back to that music these days or maybe just ruminating on the attitude of their work. Carrie Mae Weems’ photography has been a huge influence on how I think about photographing women. Her Kitchen Table Series feels like pictures from my childhood and I think I’m gravitating towards art that reflects my thoughts and feelings about my childhood experiences and observations - which a lot of my work is based on. I live near Marine Park, Brighton Beach/Coney Island so the beach is fueling my Gulf Coast childhood memories. I’ve been reading a lot about Basquiat and I keep going back to the poetry of Rupi Kaur. The past year I think I’ve been more inspired by photography than films and I’ve felt bad about falling behind on some of the classics, but the still image is so fascinating. Studying photographs and what makes them work has been a way for me to explore my love for image alongside my love of writing and directing. But - I find as much inspiration in these things as I do listening and dancing to Drake with my friends or staying out in the city until dawn after a party. The universe is full of wonderful things and one thing never really tops the other.

Two things - being able to shoot so many projects on film and my classmates. The first is something I have found my directing practice in doing and the people here have been insanely generous in helping me continue to do so. I'm eternally grateful for my mentors' and teachers' support.

My classmates: These are the people I hope to know the rest of my life. They are my favorite filmmakers. I think I anticipate everyone’s projects as much as I anticipate a new release from A24 right now - which I think is funny, but very true. I’ve never had more fun with a group of people than I do with my class. I think I’ll be very sad when we start to go our separate ways after the program ends. But I look forward to the day when we’re seeing each others’ work in the “real world” - I think that’s how all of our relationships will live on and that’s what I look forward to the most. I know it’s very sentimental - but I love these people and will forever.