On Your Radar: Omar Antonio Iturriaga 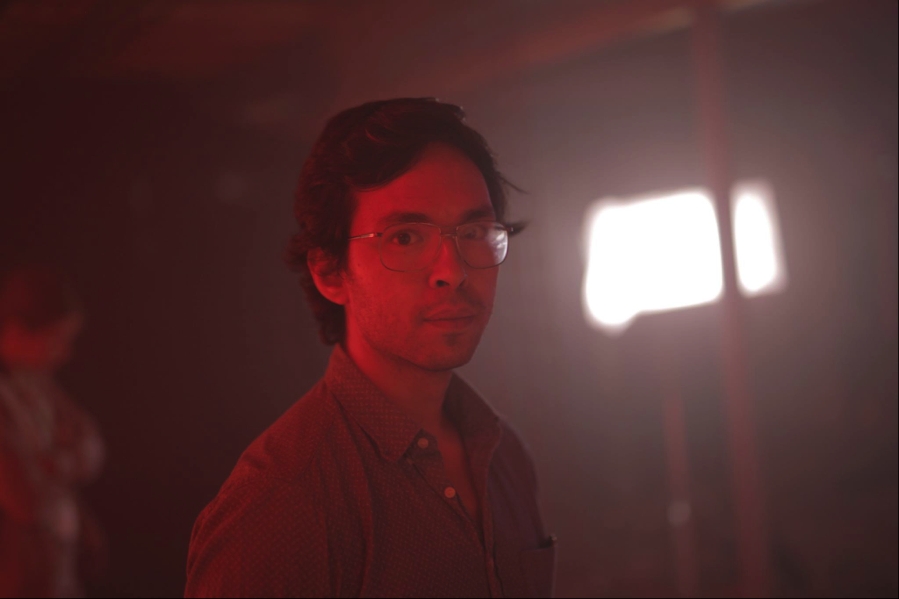 “On Your Radar” is a weekly Grad Film News segment, featuring a student picked at random.

Omar is currently a second year student at Grad Film. We asked him a few questions and here’s what he had to say:

I'm from San Jose, California, about an hour or so drive from San Francisco. Growing up in the Bay Area, I was well exposed to practically every culture from an early age. Being the only American born member of my family, my parents and my sister stuck to the more Latino neighborhoods at first (and for the most part still do). San Jose is a melting pot of cultures from, what seems like, every corner of the world. Large chunks of my extended family who moved with us from Mexico still have difficulties assimilating with the rest of the city because it's so easy to become comfortable within the frameworks of their given race/language-oriented neighborhoods. The same could be said about many other cities, but what I think differentiates San Jose is its suburban atmosphere that strays from the typical metropolitan feel that is attributed to more larger cities. In a way, it doesn't feel as overwhelming and crowded, mainly because California, naturally, is so spread out, slow paced and overall tends to give off a tranquil ambience.

Magical realism, surrealism and minimalist portrayals of everyday life interest me the most, especially when these styles interplay with each other. I'm attracted by ideas that express a distortion of reality that ultimately paint a clearer picture either of a political/social conflict or an internal struggle realized through a naturally flowing stream of events. There are 6 directors whose body of work I constantly go back to for references, re-watching their films almost every time I begin writing a new story. Since high school, I've never been able to shake the imprints left on me by Yasujirō Ozu, Alejandro Jodorowsky, Pedro Costa, Luis Buñuel, Akira Kurosawa and Abbas Kiarostami. Completely different storytellers in style, genre, subject matter and overall cinematic approaches, yet each one of these directors' work have influenced me in equally important ways. Their one commonality is their ability to tell a simple and sympathetic story that thrives through naturalistic performances (minus Jodorowsky and Buñuel). At the same time, I suppose this is also why every film I've made so far is wildly different from my previous films. Each one of these directors' style appeals to me in one way or another, but I haven't yet found one I'd like to dive completely into.

Finding like-minded collaborators would be what I appreciate the most and also what I'm most grateful for from my class, but even more than that is finding dozens of people to give you feedback on everything you make. One of the most important elements film school offers is the opportunity to have eyes on your work and expose your vulnerabilities at an early stage so you can start tweaking your weaknesses and developing your strengths. This applies anywhere between the constructive criticisms on each draft of a script, to the weekly directing exercises. The community here has fostered and environment that cares more about helping one another with honest criticism rather than polite euphemisms.