On Your Radar: Jeff Verlanic 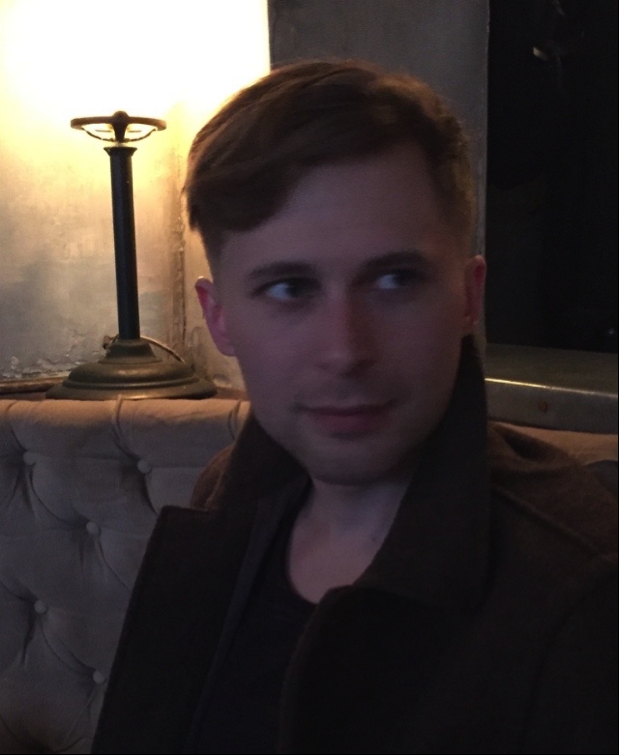 Jeff is currently a second year student at Grad Film.   We asked him a few questions and here’s what he had to say:

I am from a very cold part of the world.  My hometown, Missoula, is translated from a phrase that literally means ‘by the chilling water.’ David Lynch was also born there.  He based Blue Velvet off of the small town but I can’t help but think of it as being far more utopic.  And yet, just as the wind cuts away at the jagged peaks of the Mission Mountains, my own idyllic childhood has a creeping underbelly much like the rotting ear at the beginning of Lynch’s famous film.  I grew up skiing and reading books from the public library by my family’s old stone fireplace.  I remember my childhood in Montana fondly, but the romantic aspects of horseback riding and camping will always be tainted by the extreme levels of homophobia I encountered while growing up.  There are no kinder people anywhere in the world but sometimes the distance between towns creeps into hearts.  Perhaps it’s one too many winters, maybe they just don’t know how to accept so much change in the face of such an abiding landscape.  Modern man can just feel fickle, but in Montana, we plant roots.  I just finished filming my second year project here, a few hours ago.  It tells the story of a white trash gay boy growing up in rural America.  So, it’s very autobiographical.  My family and friends came together to help me tell an intensely painful and personal story, bringing together fact and fiction in a powerful way.  Coming out as poor, as queer, as any member of a disenfranchised group is torture, realizing you share so much with your agents of oppression is even more difficult.  I want to find these contradictions and explore them.  My hometown is full of logger poets, football playing actors, and queer ranchers, who personify the beauty of incongruity.  Those are the people I’m interested in telling stories about, and big sky country taught me to respect the odd man out more than the guy in the middle of it.

I cannot stop listening to ‘Wichita Lineman’ by Glen Campbell lately.  I think he is gay.  Or, at least, it would be fascinating if he had been during his heyday - a glitzy country music star who took the country over with his wistful ballads and over the top cowboy attire but secretly shacked up with rent-boys in truck stops and shady motels.  Larry Kramer does such a beautiful job of this.  Expropriating the heterosexual narrative of its dominance by insisting that the founding fathers had tawdry affairs and advocating for queer narrative even where it isn’t immediately apparent.  Derek Jarman was another master of this.  His work established a style of repurposing that is only matched by drag at its very best.  Besides, Tilda Swinton swore off acting after his death before realizing she had to come back.  Their relationship was one of the most amazing muse vessel collisions of our time.  The most exciting artist for me right now, though, is Todd Haynes.  His new film “Carol” is incredible and, in my opinion, will go down with “Imitation of Life” or “To Sir With Love” - poetical indictments of our warped society.  His period work influenced me in a huge way.  He uses every inch of the frame to transport us to another time and all of the tools of old cinema to tell fresh stories that are clever but rip your heart out.  He is perfect.  William Kentridge is doing some of the most important and interesting work on time.  The South African Artist has become obsessed with the study of the history of time, the history of the study of time, and the history of the concept of time.  His libretto that just came to BAM was so exciting, and I’m sorry to say I am going to miss his production of Lulu.

Collaborating with Alejandro Miyashiro on my second year film has been the apotheosis of my time here at Tisch.  He brought my story to life with clarity and tenderness.  Working together to shoot the project on 16mm film was thrilling, especially because I made the switch one week before my shoot started.  At every turn Alejandro took a challenge and turned it into an opportunity to innovate.  Kodak generously donated film to us and he spent Thanksgiving with my friends and family.  Taking him to my family’s ranch for a turkey dinner before shooting in the bitter cold of late fall brought us into the same headspace from completely different worlds.  I have found a family here at Tisch, and right now Alejandro feels like my brother.  These are four days I will never forget.