ON YOUR RADAR: Elegance Bratton 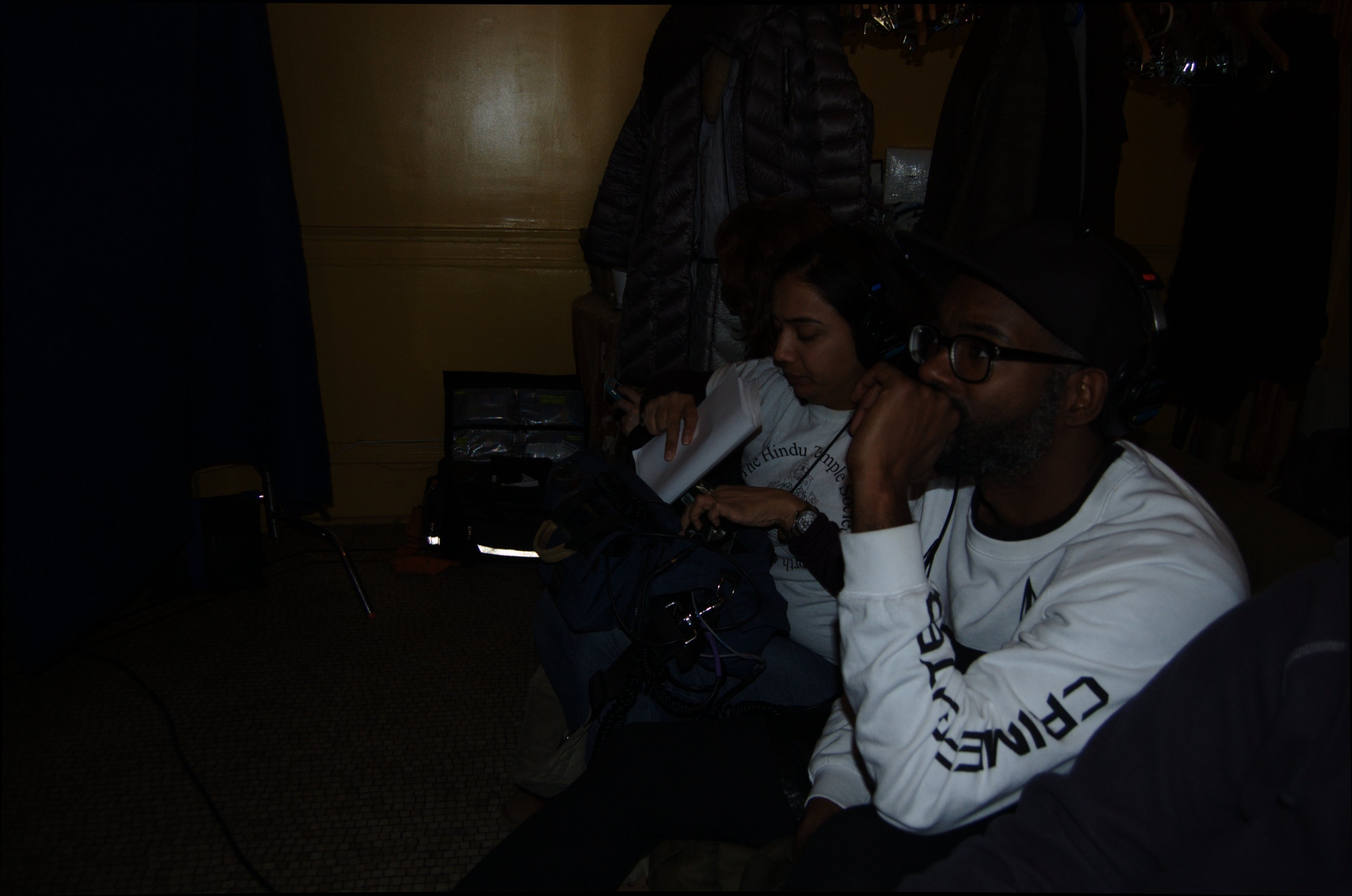 ELEGANCE BRATTON IS CURRENTLY A 2ND YEAR STUDENT AT GRAD FILM.  WE ASKED HIM A FEW QUESTIONS AND HERE’S WHAT HE HAD TO SAY:

I'm from a lot of places. I was born in Jersey City and raised in Phillipsburg, New Jersey. In Jersey City I was the boy in a family of black women. My God mother Thelma looked after me and the other neighborhood kids. She made each of us feel like her favorite. My aunt Sheila and Mother used to do each other's hair in the kitchen. I grew up with my mother. My earliest memories involve libraries and classrooms because I was on my mother's hip as she completed her education. We moved to Phillipsburg when I was seven where we were the only black people in our town. I didn't necessarily fit in on a bunch of levels. I was bookish, I had a strange name, and I was a good student. I was bullied a bunch. Having a single mother also made it tough. I became obsessed with television and music videos. I really really like Madonna and would learn the choreography of her tours. My mom loved LL Cool J so I knew all his songs too. It was the late 80s so the white kids in P'burg were listening to Motley Crue, Guns and Roses,  I went to the libraries and would read decades of Vogue, Harpers, and Time magazines. I watched MTV. In a way I think I was teaching myself the white world. I learned how to play basketball and got pretty good. Things changed for me. I ran for President of my 8th grade class. I won Vice President. I also started writing poetry, and got a poem published from winning a contest. From there I was hooked. I started playing saxophone. I got into the Harlem Renaissance. Langston Hughes and Richard Bruce Nugent were my favorites. Today I live in Harlem in the neighborhoods of these Titans. My 10 year old self would be very excited to learn that he would be a directing/writing 2'nd Yr MFA student at NYU Tisch.

Today as I am writing this I learned that 14yr old Dedric Colvin was shot in the leg and shoulder after running from under cover police. They saw that he had a weapon. It turned out to be an imitation bb gun. I am very inspired to be a part of the Black Lives Matter movement. Each film I've made while here has involved an expression of the innate humanity and value of black people.

More to the point, I am interested in agitation in the work I engage with. My favorite painter of all time is Caravaggio. I'm a big fan of the photographers Pete Hujar, Nan Goldin, and Gordon Parks. I'm a major fan of the classic designers like Halston, Dior, and Coco Chanel. I'm super into Marc Jacobs. I'm into Beyonce's Lemmonade. I Really live for Black Girl Magic. I'm fortunate to be surounded by some pretty bd ass nd brilliant black women at the moment. I'm a hip-hop fanatic and I love tennis. Like if I could sign a deal with the devil to become a tennis star instead of a filmmaker I would.  Andy Warhol is my favorite artist. I like him cause he likes celebrity like I do. I think fame is really fascinating and fun to talk about in films. I really like Mike Leigh, Pedro Almodovar, Douglas Sirk, and Spike Lee.

I'm really into the work of the Grad Film students of my year. Our showcase will feature films from all over the world by a variety of voices that interrogate the complicated ways men and women of color see and are seen in the world. We have each put a piece of ourselves in our films and in so doing have pushed the boundaries of who and what a short film can be about. It's Lit!

At the moment I am thoroughly transfixed by friends and fam in NYC's Ballroom scene. Mike Q & Byrell Tha Great are two of my favorite EDM artists right now. Leiomy Maldonado, Kia Labeija, and Tati Mugler are two of my favorite voguers at the moment. The Ballroom features gay houses/families where young LGBT people of color can make new relatives through gendered competition. Folks gain the notoriety and fame not available in the mainstream world through their recognition in the Ballroom Scene.

My 2nd Year Film "Walk For Me" takes place in this community. It's a contemporary coming out story about Hassan a boy who explores his trans-identity vouging as a girl named Hanna on the night her mother catches her at a ball. The Film features a predominantly trans cast and has a soundtrack by Mike Q.

My most rewarding experience so far is getting the opportunity to write, direct, and DP films. I have made 4 films since I have been here. Through those films I have made life long friends and collaborators.To have an opportunity to make friends and money doing something I love is incredible. Each and everytime I do it its more rewarding than the previous time.