On Your Radar: Chuko Esiri 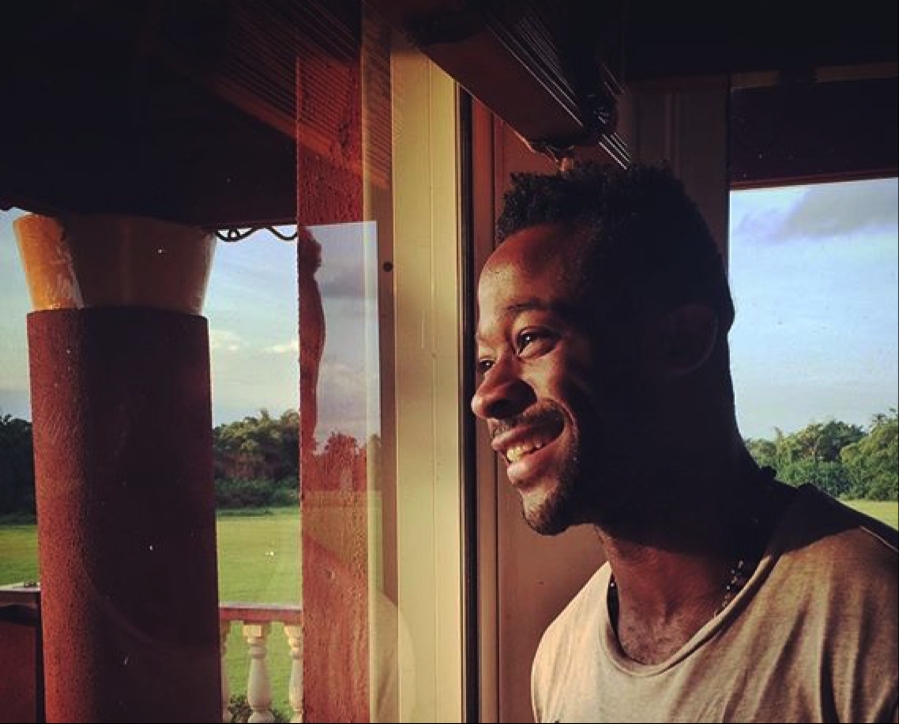 Chuko is currently a thesis student at Grad Film.   We asked him a few questions and here’s what he had to say:

I am from Nigeria; born in Warri, raised in Lagos.  I suppose my country is best described as textured.  We have over a hundred indigenous languages, half the people practice Islam - the other Christianity, it’s dry and arid to the North - verdant and damp in the South but vibrant all over.  The brightness of the people is present in their attitude, behaviour and attire.

Architecturally most of the buildings are still constructed in the colonial style – concrete, quadratic and perpendicular - which doesn’t make for an exciting aerial shot, but get on the ground and I have no doubt you’ll be taken by what you see.  My street for example: our apartment building is pink, next to it is a beige building, and next to that a blue one; all varying in age and upkeep and in between them exist these little wooden stalls and shacks people live and work out of – some places are converted ship containers  – this pattern, or lack of, runs right through the country.  Now that I think about it, it’s a microcosm for the nation as whole.  Nigeria is a street full of multi-coloured houses.

I turn to classic literature for inspiration; I like to think of books as TV before TV.  Moreover, I get to shoot the stories however I want; I don’t have to cast Keira Knightley or Colin Firth.  My bookmark is currently resting about halfway through Thomas Hardy’s The Mayor of Casterbridge and before that it resided in Walter Scott’s The Bride of Larmermoor.  I like these pieces not only because of the stories themselves but also because they teach me a lot of character development and pacing.  One has to remember that even though it is a single tome we read, they were originally serialized, so pacing was extremely important.

I recently read Rainer Rilke’s Letter’s to a Young Poet and as a writer, but more so a Grad Film student in his thesis years, I found it to be extremely liberating.  Rilke encourages poets/writers to search for the cause in their hearts and let that carry you as deeply as it can - It’s the age old question of why am I telling this story?  Only Rilke, as I interpret him, believes we ought to put those thoughts and anxieties to the side because only in finishing our story will we know why we are telling it.

Coming into the 21st Century I occasionally listen to two podcasts – Philosophy Bites and BBC Four Thought.  I recently listened to Philip Larmarque on the former speak about literature and truth.  I found it particularly inspiring because he posits that there is no truth in literature, just the creator’s version of it.  I found this thought to be equally pertinent to the filmmaker, especially in this era of “authenticity” where people immerse themselves in worlds so their works may be as realistic as possible – but in listening to the talk and thinking about Rilke et al., I find myself using more of the thing that brought me here: my imagination.  This isn’t to indict that form of creating – I just feel, and have been guilty of this in my work, that sometimes filmmakers let reality get in the way.

I have been watching a lot of films and TV, perhaps too much and feel I’ve already taken up so much of your time so I’ll just list the last few I liked: Ayouch’s Horses of God; Rafelson’s Five Easy Pieces; Tamhane’s Court; and Crowley’s Brooklyn.

In addition to the seemingly in-exhaustive list of series I already watched, the best of which is The Good Wife (and I refuse to debate this with anyone); I added Jessica Jones: the character is so brilliantly drawn, which – when you consider it’s a Marvel show – is really quite an achievement; and Master of None, which I’d describe as Seinfeld meets Truffaut.

The most rewarding thing about NYU is the people.  Staff to pupils – we are a family.  As a product of boarding school I am used to being away from my family for long stretches and this is what my thesis year feels like.  I probably don’t call as often as I should and maybe I blow off the occasional get together to go adventuring with my buddies, but should I find myself in need of sound advice, a critical eye or a sympathetic ear, I know all three and much more can be found on the 10th Floor of 721 Broadway.