On Your Radar: Aimee Schaefer 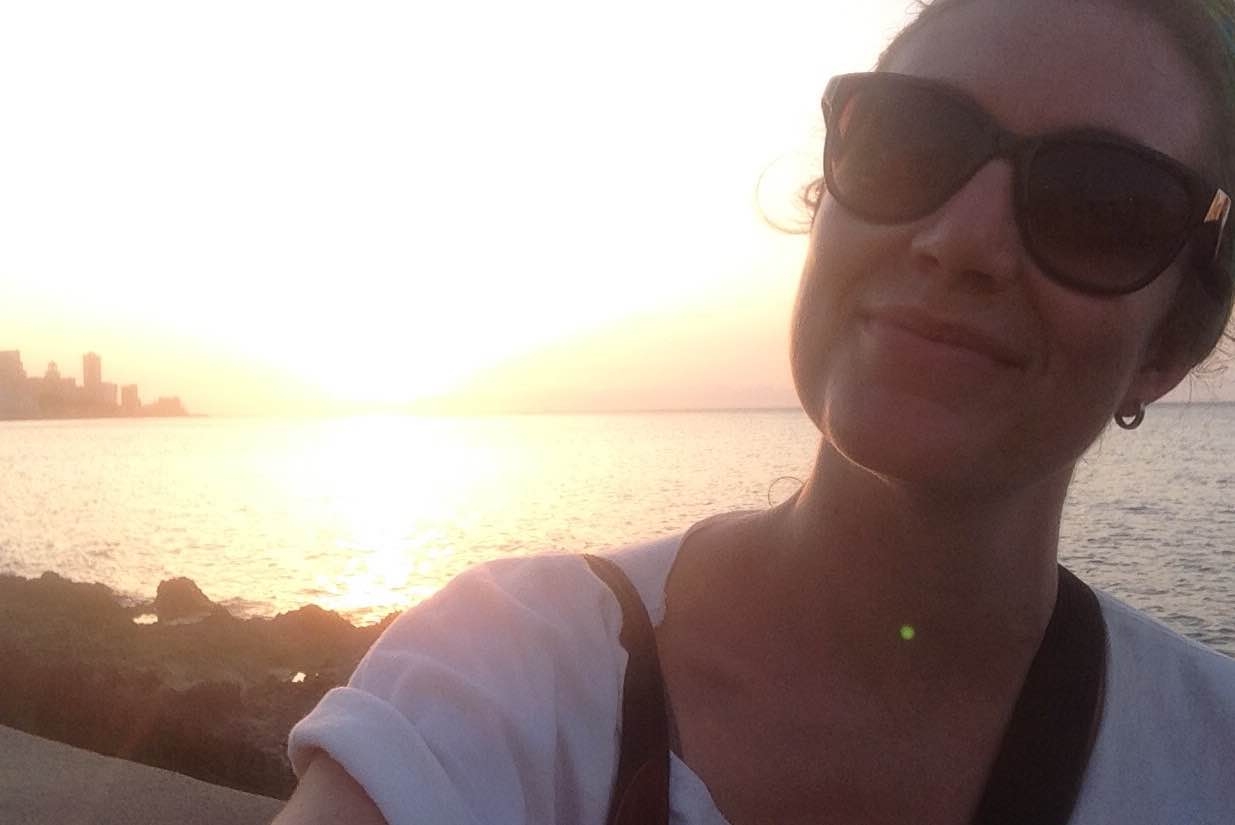 AIMEE IS CURRENTLY A 3RD YEAR STUDENT AT GRAD FILM.  WE ASKED HER A FEW QUESTIONS AND HERE’S WHAT SHE HAD TO SAY:

I come from New Mexico.  I was born while my parents were living in a religious commune near the Texas-New Mexico-Juarez Mexico border. We moved around the Southwest quite a bit when I was a kid, finally landing in Albuquerque, NM, where I feel I really grew up. My dad jokes that I was raised by hippies and wolves...

NM is a high altitude desert where the combination of sun and wind is so powerful that it turns skin to leather and bleaches bones. The silence of the desert tends to slow one's thoughts and the mind starts to loose touch of time in all the wide open space. One can see for miles around and the sunsets last for hours. It is a dangerous area and for lack of water or shelter, the violence of the elements can kill. In contrast, the beauty is otherworldly and the food, the cultures, the people are friendly and welcoming.

I have eclectic interests, but right this moment I am inspired by the courageous and meticulous work of Virtual Reality artists such as Chris Milk (VRSE) and Lynette Wallworth (Collisions).

VR has been on my radar for a while and I think, thanks to science fiction, it's been a part of the collective consciousness for even longer than that. VR is presenting us with a new wave of storytelling, and according to some, it's larger than a medium, or even a platform for we can paint in VR, play an instrument, travel or experience far off places, etc.

Because VR in this iteration is still young and developing, there are many undiscovered territories, and the rules or limits are constantly in flux. To take a concept and explode it with VR is to push it to the limits. VR artists are creating a new language of experience and the results of their findings--the VR experiences--are beautiful, scary and exciting. I think VR in this space and time is reminiscent, perhaps, of the first days of film where the Lumieres, Edison, Mellies, and Guy-Blaché were testing limits, developing a new language and pushing audiences off the edges of their seats.

Aside from the wonderful support and feedback of fellow students, friends and artists within Grad Film, I feel that collaborations with other departments at Tisch and NYU have been very rewarding.

Outside of Tisch but within NYU, I've also really enjoyed working with the thesis workshops of the Game Design Dept (NYU-Poly MAGNET school in Brooklyn) and had found the reciprocation of feedback to be refreshing and very helpful with the development of some of my more interactive projects.

The interdepartmental collaborations are amazing, the artists of these programs are my heroes and they have abilities and minds that think in ways I couldn't begin to dream of.  I suppose I could say that for me, the rewards of being in Grad Film are not limited to the confines of our department, or even Tisch, but are found within the larger NYU community and its multi-media collaborative spirit.

< Previous Sophie Goodhart's ‘My Blind Brother’ bought by Starz Next > ON YOUR RADAR: Sarra Alshehhi