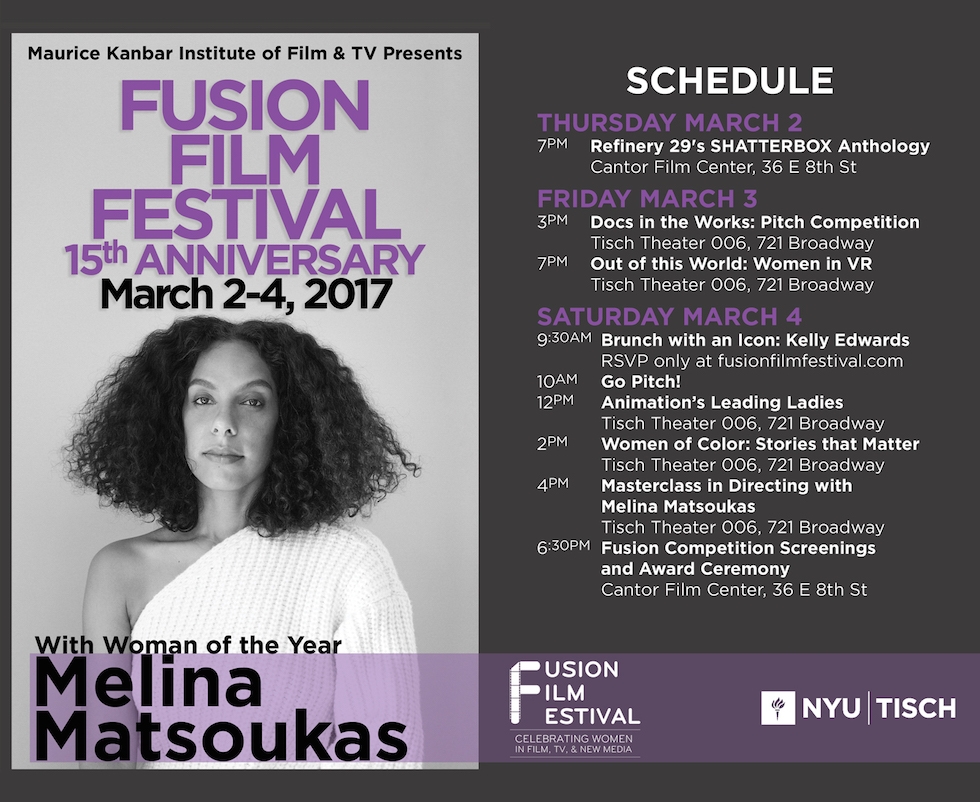 The Fusion Film Festival, an NYU event that celebrates women in film, TV and media, has announced the finalists for its 2017 festival, which takes place March 2-4. Here are the Grad Film finalists:

Graduate Half Hour Pilot Script
“Full of It” by Lilian Mehrel